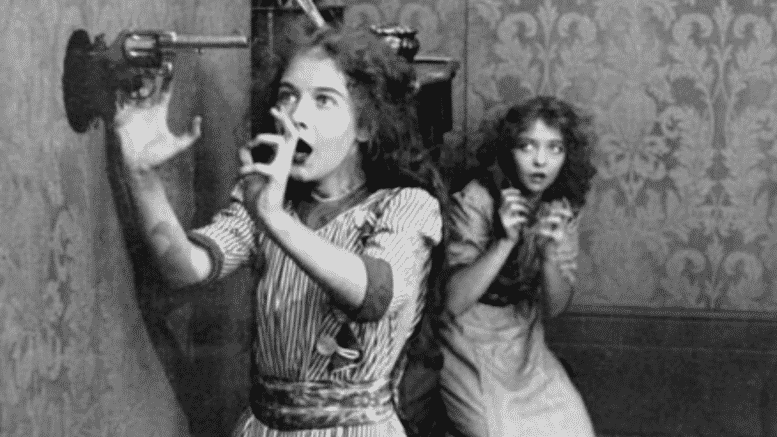 We live in an age of global deception and delusion of Biblical proportions. Lying is a way of life. Deceiving is taken to the level of an art form. Debauchery and corruption are everywhere.

The slick propaganda that promises to eliminate poverty, create wonderful jobs with dignity and bring lasting peace to the world has more in common with a pile of horse manure than lasting solutions.

I stated in early 2020 that the Great Panic of 2020 (read, “pandemic’) was the start of Technocracy’s coup d’état. It was global in scope, horribly damaging to the global economy and ripped the fabric of societal status quo to shreds. All of this was supposedly caused by an unseen enemy. And now, the “scientists” behind it, like Dr. Anthony Fauci, are proven to be frauds and hucksters whose science has been discredited as “pseudo-science” at best.

May I remind you that global warming is also an unseen enemy of the same magnitude? The corrupt and bastardized data supporting global warming is as fraudulent and deceptive as that of COVID-19. Lies abound. Fabricated computer models spit out megatons of buffalo chips to tell us we are all going to die when the polar ice caps melt and the seas rise.

I have also warned that there will be other attacks of deception to solidify the global Technocrat takeover.

The Technocrats are delivering.

Two major back-to-back hacking episodes have suddenly appeared to underscore the need for a universal ID system and total control over the Internet. First, the Colonial Pipeline was shut down causing massive fuel shortages on the East Coast. Second, the largest meat producer in the world is hacked bringing production to a halt. Gas prices go up. Meat shortages threaten availability. All thanks to an invisible enemy (the hackers) who we are told are some dark, deep-state entity trying to destroy America.

Let’s pause and remember that the Great Panic of 2020 was preceded by a global pandemic simulation called Event 201, sponsored by the World Economic Forum. This is a fact, not speculation. Event 201 scripted the pandemic response almost to the letter. They were prepared and in control.

Cyber Polygon scripts a global response to a high-profile cyberattack:

With global digitalisation further accelerating and people, companies, and countries becoming ever more interconnected, security of every single element of a supply-chain is key to ensuring the sustainability of the whole system. During the technical exercise, participants will hone their practical skills in mitigating a targeted supply chain attack on a corporate ecosystem in real time. (emphasis added)

What a coincidence that two major supply chain hacks suddenly appear out of the blue, affecting potentially hundreds of millions of consumers and scaring the pants off the rest of us. Who are these invisible hackers anyway? Why can’t anyone catch them in the act? Well, anonymity is part of the script (just like the COVID-19 virus) because the cause is of no interest to the likes of the WEF, but only their response to it.

Now let’s bring up UFOs. All of a sudden, talk about UFOs is everywhere. The propaganda machines are in full swing as the government and military release tapes, recordings and documents that suggest aliens have arrived on planet earth. Can they produce one spaceship or one alien body? Nope. How about a clear picture or photograph? Nada. It is just another invisible enemy being conjured up to stoke a socially engineered response in world-wide populations.

Barack Obama has waded into the conversation about alien life – and has predicted that if evidence of aliens emerges, it will lead to sweeping changes around our planet.

The former US President said that proof of aliens would likely result in the emergence of new religions, and there would be calls for huge sums of money to be spent on weapons systems so we can defend ourselves from possible attack.

He was asked what he thought would happen if we could prove there were aliens probing the Earth but we were unable to make contact with them or interact with them.

“It wouldn’t change my politics at all. Because my entire politics is premised on the fact that we are these tiny organisms on this little speck floating in the middle of space.

“But no doubt there would be immediate arguments about like, well, we need to spend a lot more money on weapons systems to defend ourselves. New religions would pop up. (emphasis added) 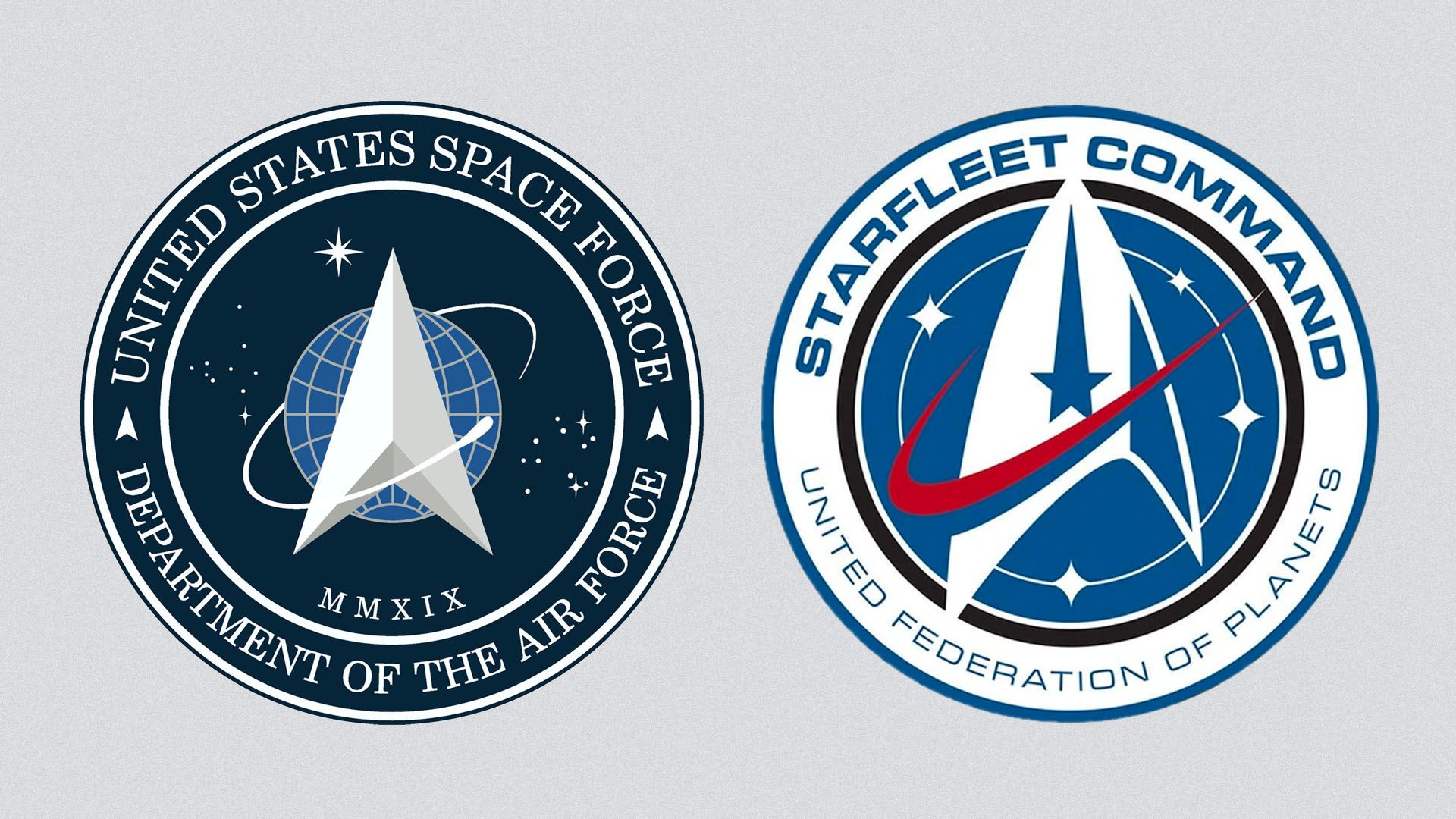 Don’t overthink this. The military is the major propagandist on UFOs and it is also the biggest consumer of taxpayer funds on the planet. President Eisenhower warned us about the Military/Industrial Complex as well as the “technological elite”. Well, it is painfully obvious that they have joined forces and have a common purpose.

So let’s add this up. The air we breathe is polluted with a deadly virus that will probably kill millions; the food and energy supply chain is stopped up and if we don’t starve first, our budgets will be trashed over high energy prices; space aliens have arrived but the Space Force will save us if we give them enough money and control.

Perhaps comparing all of this to a pile of horse manure is overly gratuitous. At the very least, I will say this:  if anyone tries to spook you with some unseen enemy, pass them the shovel and tell them to get busy cleaning out the horse stable.

Most won’t understand this, but it seems as though the UFO lie is going to be used to explain away the disappearance of millions. This will cause great chaos, and a man will come on the scene and tell everyone what they want to hear and then he will turn on the world cause he lied and all hell will break loose! On this link below just click on each scene and listen. I highly recommend it: http://www.thecomingglobaltransformation.org/

[…] Quelle: How Technocracy Is Using Unseen Enemies To Panic The World […]

[…] How Technocracy Is Using Unseen Enemies To Panic The World […]

How Technocracy Is Using Unseen Enemies To Panic The World – LoftCoin

Project Blue Beam, coming soon to a sky near you. 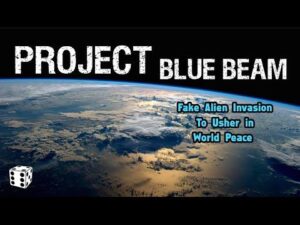 Not in the Best interest of Leftists/Dems to admit to UFO’S because that would probably lead to World unity and less conflict between nations to face the Aliens! Leftists want Divisions between groups and nations to stay in powerf.

Rob B
Reply to  Nonie

Don’t worry … I predict the Left will undoubtedly call the Space Alien’s “racists” and hence, immediately classify them as Alien white supremacists.

How Technocracy Is Using Unseen Enemies To Panic The World. | The Truth is Where?

So I too have been puzzled by the sudden rise in “UFO-ology.” Back when I was a military wife, it was a given that many pilots had seen a UFO during their careers. Now, all of the sudden we are hearing about them constantly from official sources. Most interesting that these incidents are generally not new, but are actually past incidents often from many years ago that are suddenly being publicly addressed by our military and government officials. This strategy gives the appearance that UFO sightings are increasing, whether or not it is true. I never thought of money being… Read more »

Rob B
Reply to  Laura

Money is never the real issue, hell — the people running things (from the shadows, you/we will never know their real names) have all the money they’ll ever need … and then some; it’s all about POWER and CONTROL. They have most of it — but want EVEN MORE… at all costs. Nothing is “off the table” with these people. Truth be told (a sad truth … but the truth — nonetheless) we are all just — PAWNS IN THEIR GAMES. The internet gave them way more power to spy, track and now, put as all in nice little “groups”… Read more »

“Today’s Green New Deal and G7 Green anti-BRI vision have at their heart this profound misanthropic view of humanity weaved into their programming, Matt Ehret writes.”

An Anagram for the word PANDEMIC … is Dem Panic.