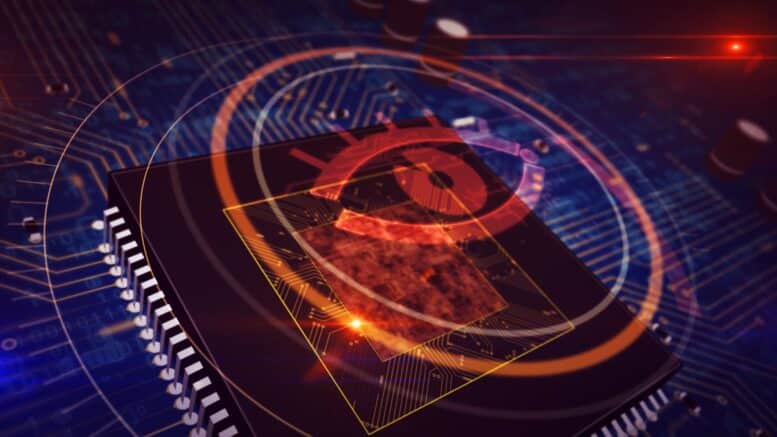 In a spectacular interview that has gathered over 2.2 million views within its first 2 weeks of release, Catherine Austin Fitts lays out the global master plan for Technocracy, Transhumanism and total control over humanity. This is a must-watch video.

Fitts served as the U.S. Assistant Secretary of Housing and Urban Development during the George H.W. Bush Administration and the managing director of a major investment banking firm, Dillon, Read & Co.

In Technocracy with Patrick M. Wood on her Solari Report website, she wrote,

Technocracy is a global system designed to implement central resource management and control through rules-based micromanagement. The growth of technocracy is made possible by digital systems and software, artificial intelligence, and the “one way mirror” managed through 24/7 surveillance by intelligence and enforcement agencies—funded by our tax dollars.

The beauty of technocracy is that it can be integrated into a wide variety of political and corporate systems. While the U.S. promotes the notion of markets and democratic process, our systems can be converted to technocracy with the integration of an endless stream of government, banking, and corporate rules and algorithms that manage and control our daily lives and infrastructure. The same process is rolling out in the one-party system of China and also via mind-numbing regulation by multiple coalition governments and institutions of the European Union.

Seeing and documenting this process is challenging. It requires integration of complex operations across many different industries and governments—and it is protected by extraordinary secrecy afforded to the military-industrial complex and the central banks.

Here is a short clip from that interview:

Excellent overview! this was sent out all over when others got it and emailed to many. If enough people stand up and more younger men (under 50) would grow spines, we would stop this and these elitists and leftist pro agenda 2030 politicians would be tried for treason and executed by patriots.

Yeah, she nailed it. Great video.

While Fitts has a lcok down on the reset operation another woman, Allison McDowell has the handle on what the ‘you will own nothing and be happy’ economy will look like. The pyramid cap will still need to circulate their money as investment to make a profit return but by way of the social engineering McDowell describes, and already being tested all over the world before up scaling. This economy is a western version of China’s obedience scoring.
https://www.youtube.com/watch?v=KG4qcvnG90w&t=100s

Absolutely excellent video. I have watched twice and share several times. She absolutely nails it. Connects all the dots to the elements involved in such a clear concise way! Incredible👍🏻

So…..the solution is still “the sheeple should wake up and make their choice”.
But dear friends, the sheeple already made their choice. It only you who refuse to realize reality.
90% are willing to sell their soul for a pair of nike shoes, an office desk or a title.
So in some context, arent mr. globalist right in erasing 90% of humanity?? We dont really need people who sell their brother or neighbour for a few bucks do we? Or what.

A nasty question. 2’nd commandment: Love your neighbour as yourself.

I find the first command easy to fulfil if you have found the key. But the second Commandment is difficult in the world we live in. But all the Commandments makes sense and their priority makes sense and are logical too :-D. Love it!

The 2nd commandment in the 10 commandments written by the finger of God that God gave to Moses, “Thou shalt not make unto thee any graven image, or any likeness of any thing that is in heaven above, or that is in the earth beneath, or that is in the water under the earth: thou shalt not bow down thyself to them, nor serve them; for I the LORD they God am a jealous God, visiting the iniquity of the fathers upon the children unto the third and fourth generation of the that hate me.. Exodus 20:4-5. The New Testament… Read more »

But here we are not referring to the 2nd commandment of the Decalogue–
Here, we are referring to Jesus saying in the Gospel what the first and greatest commandment is –“Love God, etc;– and the second being like it, Love the neighbour as thyself for the love of God.”

I see the video has been removed. Interesting. I watched it though and all I gotta say is that Satan is the god of this world. He is the devil and he really exists. He has 1/3 of the host of heaven as his agents, fallen angels who rebelled against God. These invisible demons/devils talk to people and convince them to do the devils will. Invisible devils can appear as angels of light, like good guys. These men who follow Satan think they will be powerful and rich, but they only have a short lifespan even with their transhumanism, and… Read more »

I’ve looked all over the internet. No copy exists. Hope you kept a real copy to post?

Go to solari report site. There is links and reference to 3 sites where a copy still is present.
F… youtube and the google gang behind.

Agreed on the YT comment. I’ve not used YT in many years since they began their Draconian ‘policy’ changes. It was the first BIG red flag that prefaced the 2020 pandemic economic scheme, the murdering of the public and the fueling of lockdowns. I found a video with her in it. No date but it appears to be the same one. Thx much for the lead.

Best observations I’ve witnessed in a long time. Scariest result is that The Globalist believes they do not share the common destiny with rest of us — the grave with our Creator God on the other side.