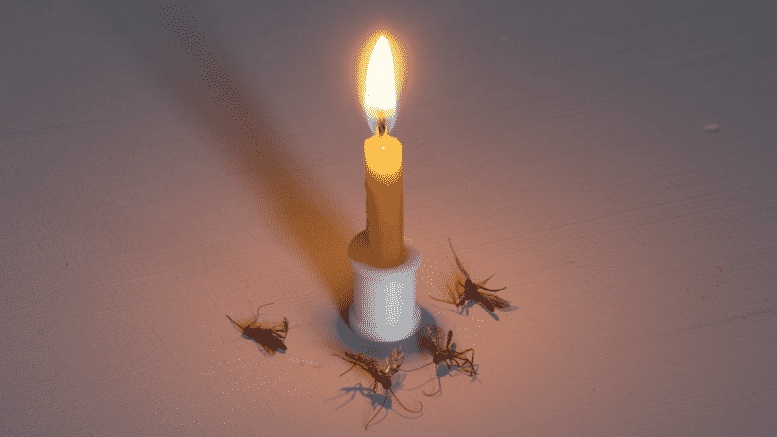 The British pop rock band Tears for Fears started in 1981. It is doubtful that they knew how Britain would descend into tyranny in 2021 just 40 years later. Nevertheless, their hit song, Everybody Wants To Rule The World, now seems prescient:

Indeed, Britain is in a free fall into tyranny and there appears to be no brakes to slow it or a reverse gear to back it up.

From this American’s point of view, the original Brexit movement was driven by England’s populist movement. The people wanted loose from the Technocrats running the EU. In ignorance, they elected another Technocrat, Theresa May, as Prime Minister in 2016 to deliver them. Citizens and critics alike often referred to her as “Big Sis” as a nod to Orwell’s Big Brother in the book Nineteen Eighty Four.

It’s no wonder that she didn’t deliver the goods. Rather, she took Britain down the slippery slope of Technocrat tyranny.

When British citizens realized that their “conservative” champion had sold them out, they turned to another “conservative” Technocrat, Boris Johnson. Now it is seen that Johnson has not only betrayed the populist dream, but has thrust the entire nation into a quagmire of Technocratic tyranny – the polar opposite of what the populists wanted in the first place.

Let me digress for a moment.

Populism plus Technocracy equals Technopopulism and will always lead to disastrous results. I have written rather extensively about Technopopulism over the last several years. In 2019, I noted that “the curious attraction between populists and Technocrats is akin to a moth being attracted to the flame: Populists cannot prevent being ultimately dominated and burned by Technocrats.”

To develop this conclusion, I wrote,

The sobering reality about all populist movements is that none of them actually know how to run a country. They know what they don’t like but they have no practical policies that would fix things. Often, a populist group will focus on a single issue or narrow group of issues that have become important to it for any number of reasons, but when they are asked about broader policies to run the entire nation, the discussion falls apart.

Typically, Technocrats are viewed as polar opposite to populists, and for good reason. Technocrats are often unelected and unaccountable for their actions, and they make important decisions without any connection to the will of the people.

Don’t get too smug about how much better things are in America.

Now, the Biden Administration has pulled out all the stops and is rushing full-throttle into Technocracy.

This is in no way a criticism of President Trump as an individual. He might well have been the pinnacle of populist thinking! Nevertheless…

Populists are the moth. Technocracy is the flame.

Britains are discovering this reality the hard way as they spiral into a soul-crushing scientific dictatorship.

This is epitomized by a recent story on the UK’s “quarantine hotels”:

A short video was recently brought to our attention on twitter. It shows a man and woman (off-camera) pulling up to a chainlink fence around a concrete yard and engaging in a brief conversation with a man on the other side.

The man is one of several dozen people walking in slow, counter-clockwise circuits around what appears to be an un-used car park. He’s polite to the strangers, discussing how tight security is, how many guards there are on each floor, and how often they’re allowed outside for this “exercise”.

At that point a security guard comes up and tells the man he’s not allowed to talk through the fence, and a brief argument ensues. The guard tells the people in the car that they cannot talk to anyone inside the facility without permission from “the office”.  After moments of insisting the guard desists, likely to report the incident to his supervisor.

The couple in the car and the stranger behind the fence part on friendly terms, with the man remarking that he paid seventeen-hundred and fifty pounds to stay there.

Because this isn’t a prison or detention facility, it’s a “quarantine hotel”.

You can watch the video here:

The quarantine hotels have been in the mainstream media before, with the reporting focusing on them being expensive, having terrible food and being dull. But this little clip offers something worse than that – a little glimpse of the dehumanising nature of detention. The mission-creep of arbitrary rules, enforced to the letter by people either too ignorant to know better or willingly malign, is an oft-repeated motif in human history. It never bodes well.

Another story on the same day hints at relief, but only if people take the vaccine. If you get vaccinated, you can get an electronic “passport” that is equivalent to an ankle bracelet worn by paroled convicts under house arrest.

He [former PM Tony Blair] insisted that “it makes no sense at all to treat those who have had vaccination the same as those who haven’t”.

Asked whether the passport plan would create a “discriminatory” two-tier society, Mr Blair said: “I think the word discrimination has a very loaded meaning in the English language now but really when it comes to risk management, it is all about discrimination.”

“The reason we vaccinate elderly people first is because they’re more at risk.

“Since everybody’s going to be able to get the vaccination, then I think it really is important that people are encouraged to get vaccinations.

“We also make suggestions as to how you can get proper proof of vaccinations.”

His think tank, the Tony Blair Institute for Global Change argues “vaccine status matters” and that health passes can “allow citizens to prove their status in a secure, privacy-preserving way”.

In a report titled “Less Risk, More Freedom” it said to date, measures intended to reduce the spread of disease have treated populations as largely homogenous groups.

As a result, restrictions – such as national lockdowns, regional-tier systems and entire schools closed following outbreaks – have been blunt instruments.

It says that if a health pass system was used at home and abroad, “we can move beyond blunt, catch-all tools and align with other countries by removing certain restrictions for the fully vaccinated, thereby enabling us to sustainably reopen the economy”.

“For as long as the world goes largely unvaccinated and the risk of a new variant remains significant, it’s vital that we have an alternative to the blunt tool of lockdowns to enable the country to live freely and safely.” [emphasis added]

This is not liberty. It’s tyranny, and it seems that every populist movement in the world is being coopted into helping create the very thing they hate, namely, the instruments of their own enslavement.

Memorial Day 2025: Back To The Future

How You Can Beat Government And Hacker Surveillance

When we look at what passes for leadership in the U.K., the U.S.A., and much of the rest of the world, seems next to impossible to find so many total idiots in high places. Perhaps they are not idiots at all, but completely corrupt sell outs!

Nuremburg 2.0 should take care of these pricks.

I believe this author about Elitism vs Populism, referred to Plato’s observation that democracy invariably results in tyranny. https://www.c-span.org/video/?26997-1/populism-elitism

All I can say is OMG. WTF is wrong with the UK population? I realize they live under one of the main Families and her toady monarchical families but, again, WTF? Stand up for yourselves people! You pay to go to prison?

They’re really scared of this virus it seems.
I guess most took Bozo Johnson seriously when he called it a plague.
Everyone I know who caught this (except my already dying 89 year old aunt) recovered. This whole thing is stupid and insane.
And asymptomatic spread is BS.

Growing up I considered myself a technophile; however I now am way more a Ludite.

Your alternative update on #COVID19 for 2021-06-24. Concern w/ safety of mRNA – get fired. Mark Sextons criminal complaint. No quarantine for VIPs | paulthepaperbear