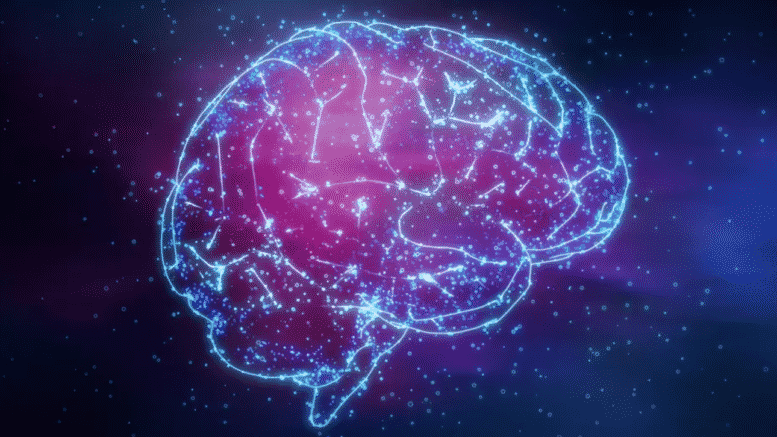 Please Share This Story!
PDF 📄
This is potentially the most dangerous and dystopian development in genetic modification in history. “The researchers inserted the Magneto DNA sequence into the genome of a virus”. The DNA behavior is then triggered by magnetic fields or radio waves. ⁃ TN Editor

Researchers in the United States have developed a new method for controlling the brain circuits associated with complex animal behaviours, using genetic engineering to create a magnetised protein that activates specific groups of nerve cells from a distance.

Understanding how the brain generates behaviour is one of the ultimate goals of neuroscience – and one of its most difficult questions. In recent years, researchers have developed a number of methods that enable them to remotely control specified groups of neurons and to probe the workings of neuronal circuits.

The most powerful of these is a method called optogenetics, which enables researchers to switch populations of related neurons on or off on a millisecond-by-millisecond timescale with pulses of laser light. Another recently developed method, called chemogenetics, uses engineered proteins that are activated by designer drugs and can be targeted to specific cell types.

Although powerful, both of these methods have drawbacks. Optogenetics is invasive, requiring insertion of optical fibres that deliver the light pulses into the brain and, furthermore, the extent to which the light penetrates the dense brain tissue is severely limited. Chemogenetic approaches overcome both of these limitations, but typically induce biochemical reactions that take several seconds to activate nerve cells.

The new technique, developed in Ali Güler’s lab at the University of Virginia in Charlottesville, and described in an advance online publication in the journal Nature Neuroscience, is not only non-invasive, but can also activate neurons rapidly and reversibly.

Several earlier studies have shown that nerve cell proteins which are activated by heat and mechanical pressure can be genetically engineered so that they become sensitive to radio waves and magnetic fields, by attaching them to an iron-storing protein called ferritin, or to inorganic paramagnetic particles. These methods represent an important advance – they have, for example, already been used to regulate blood glucose levels in mice – but involve multiple components which have to be introduced separately.

The new technique builds on this earlier work, and is based on a protein called TRPV4, which is sensitive to both temperature and stretching forces. These stimuli open its central pore, allowing electrical current to flow through the cell membrane; this evokes nervous impulses that travel into the spinal cord and then up to the brain.

Güler and his colleagues reasoned that magnetic torque (or rotating) forces might activate TRPV4 by tugging open its central pore, and so they used genetic engineering to fuse the protein to the paramagnetic region of ferritin, together with short DNA sequences that signal cells to transport proteins to the nerve cell membrane and insert them into it.

When they introduced this genetic construct into human embryonic kidney cells growing in Petri dishes, the cells synthesized the ‘Magneto’ protein and inserted it into their membrane. Application of a magnetic field activated the engineered TRPV1 protein, as evidenced by transient increases in calcium ion concentration within the cells, which were detected with a fluorescence microscope.

Next, the researchers inserted the Magneto DNA sequence into the genome of a virus, together with the gene encoding green fluorescent protein, and regulatory DNA sequences that cause the construct to be expressed only in specified types of neurons. They then injected the virus into the brains of mice, targeting the entorhinal cortex, and dissected the animals’ brains to identify the cells that emitted green fluorescence. Using microelectrodes, they then showed that applying a magnetic field to the brain slices activated Magneto so that the cells produce nervous impulses.

To determine whether Magneto can be used to manipulate neuronal activity in live animals, they injected Magneto into zebrafish larvae, targeting neurons in the trunk and tail that normally control an escape response. They then placed the zebrafish larvae into a specially-built magnetised aquarium, and found that exposure to a magnetic field induced coiling manouvres similar to those that occur during the escape response. (This experiment involved a total of nine zebrafish larvae, and subsequent analyses revealed that each larva contained about 5 neurons expressing Magneto.)

Stefan Lanka managed to segregate the only visible virus in nature from green algue. The change and modification within the cell are visible in nucleotides so modern science used to namı it a virus. As long as the semantics of the word is same no problem for us to follow it up with virus name.

this will be a good way for the Regime in Control to “re-program” the dissidents; Democrats/Socialist to get rid of Republicans.

Oh oh….they’re getting closer with no ethics or personal morality as principle guides.

Weird. A handyman I use to do carpentry took the C-19 shot. His wife threw a fit for him to get gene therapy and rather than be at odds with her he complied. He told me just last week that after he took the the shot he found that a magnet would stick to his arm at the site of the injection. I asked if he was kidding and he absolutely not–it stuck like the injection site was magnetized. Then yesterday, I read someone’s comment online who repeated the same statement. Is this connected to the above article? Weird if… Read more »

Everyone should watch this video info. Cliff High is well informed, learned and been accurate in the past. He created the Predictive Linguist Program over the last 25+ yrs. And the information addresses the magneto effect.

You could potentially throw a wrench in the works using Rho antagonists to block helicase activity. Can also reduce free floating iron levels by restoring ferroxidase through heavy metal detoxification. The goal being to reduce the possibility of trivalent cation formation, such as aluminum chloride, which inhibits the iron/copper transport protein ferroxidase.

well all that’s over my head, lol.

all i know is sticking needles in you with a unbeknownst list of stuff in it no maker is going to take liability for is a no go…
…and even if they did, no way.
I distinctly heard EXPERIMENTAL.
That means we are the test animal.

id rather fall in a goats head patch if that was a choice..
and guess what..neither one of them anyone has to do.

Hahaha! LOVE the way you think Farmer. Cause I feel the same way. Goat heads was a nice touch. When you examine any governmental administration in detail over an extended period, you will find deception. A LOT of it. THAT is all I NEED to establish a control ideology. As in… Governments lie to us ALL THE DAMN TIME. Why in the hell should we ever trust them on anything?! Small business was crushed, big business boomed. Freedoms were erased, government power grew exponentially. All, in the name, of safety. Throw me in the goat heads too brother

What?? How about in English. First rule of effective communication… know your audience. Talking over people’s heads is a such a turn off.

Ferratin !
I knew I had heard that word before in reading about the shots. (Look it up)

Genetically modified masses.
For those that don’t die, their behavior can be controlled?!

READ this tweet:  https://twitter.com/DrMadej/status/1407313702605443075 @DrMadej broke the story of “Human 2.0” way early into the scamdemic game last year. This is a fabulous tweet, linking the UK and Germany in developing “HA” (Human Augmentation), same program as Justin Trudeau’s “biodigital convergence”. A four-letter word sums it up: BORG. Wake up. The SHOTS are not for a virus! Madej says: Working with the German military, 100 pages of how the UK will adopt AI, IoT, biosensors, Microchips. Do you still think this plandemic is about a virus?” This is her link to the UK-Germany program: https://bit.ly/3qqM1VN This is the link to Justin Trudeau’s version of the same… Read more »

Strange that the 5G rollout and the injection deadlines were so close together. Biden said Jan 4th 2022 & Wireless Carriers said they’re waiting until the 6th. I heard tinfoil hat that the protein could alter mental states. I think Kingsmen Scene.

ALL THE EVIDENCE OF BILL GATES AND COVID CONNECTION! - Diary of A Whitey

ALL THE EVIDENCE OF BILL GATES & THE COVID CONNECTION! - Diary of A Whitey