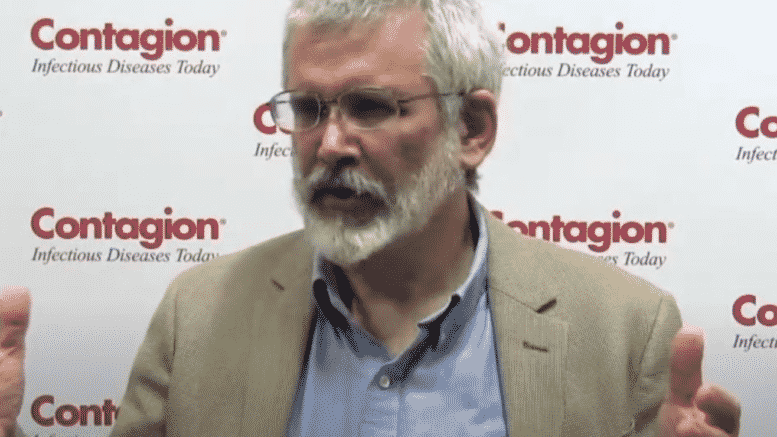 Please Share This Story!
PDF 📄
This is a new twist on censorship: The New England Journal of Medicine blocked Dr. Robert Malone’s IP address to prevent him from accessing the site. This indicates Technocrat desperation to eradicate all opposition, and especially those experts who have the credentials to destroy their narrative. Meanwhile, Italy branded Malone as a “terrorist”. ⁃ TN Editor

Dr Robert Malone, the inventor of mRNA vaccines, says he was branded a “terrorist” by the media in Italy and warns that physicians who speak out are being “hunted via medical boards and the press.”

“I am going to speak bluntly,” tweeted Malone. “Physicians who speak out are being actively hunted via medical boards and the press. They are trying to delegitimize and pick us off one by one. This is not a conspiracy theory – this is a fact. Please wake up. This is happening globally.”

“I was labeled as a ‘terrorist’ in the Italian press when I was in Rome for the International COVID Summit. My crime? Advocating for early treatment of COVID-19 disease. I suggest that merits a bit of meditation,” he added.

I was labeled as a "terrorist" in the Italian press when I was in Rome for the International COVID Summit. My crime? Advocating for early treatment of COVID-19 disease. I suggest that merits a bit of meditation.

Malone is one of many doctors who have been completely persecuted merely for discussing issues relating to COVID treatments and vaccine side-effects.

He has faced fierce opposition for his assertion that children shouldn’t be given COVID-19 vaccines and has also consistently highlighted concerns over links to myocarditis risk.

for instance, have you noticed that that big study that clearly demonstrated the dysmenorhea has been completely overlooked in the legacy media. This is not a coincidence.https://t.co/jjVXArljPh

Those concerns are now being justified by Finland, Denmark and Sweden halting the Moderna jab for for younger males after reports of cardiovascular side effects.

Finland joins Denmark and Sweden in halting Moderna for the younger cohort.https://t.co/mkiz6pFaRU

Despite such concerns being regularly voiced by doctors, the Federation of State Medical Boards announced back in July that it would consider pulling medical licenses of doctors who traffic in “misinformation” about COVID.

In another stunning development, Malone’s IP address was blocked by the New England Journal of Medicine so he couldn’t read studies on their website.

The doctor said he was aware of how to get around the IP block, but called the move a “petty act.”

This is fascinating.
I am apparently no longer allowed to read the New England Journal of Medicine.
They have blocked my internet protocol address. pic.twitter.com/lWWEPhxXLN

See how far out of control this thing has become? I want someone to answer my question about why this “disease” is any worse than any other we’ve been through in the past, say, 60 years? It’s not. But the press has glorified it in terms of it’s “deadliness” to the point where it’s now a very big business.

Covid is the flu, pure, plain and simple.

It’s really not the same because it’s been created by a computer and developed in a lab. The technology to do this didn’t exist 60 years ago. Some of the bits and pieces of this screw-you-flu were previously developed in labs over at least the last 25+ years, so it is different.
But our bodies haven’t changed as dramatically as much if they are still UNV-AX’d.
THATS WHAT THE JAB IS FOR, TO CHANGE THE BODY, MIND, SOUL & SPIRIT UNDER THE NWO MEDICAL DICTORSHIP/TECHNOCRACY.

Poor of us trying to refuse the satanic jab! What kind of life we’ll have to face soon?

So, the globalists, an unelected group of billionaire predators who own the FakeSM and run covid propaganda continuously are making good on their threat to put the mark of ‘terrorist’ on anyone who speaks the truth about their Big Pharma death for money profit machine. Petty, murderous, sickening but we knew that already. They really want to silence anyone who can speak with authority in opposition to their methods of murder for profit. The New England Journal of Medicine block proves what we all knew already as well. It’s official–the AMERICAN MEDICAL COMMUNITY IS ON THE TAKE AND HAVE JOINED… Read more »

Sounds a lot like the Inquisitions don’t it? Yes, the Roman Jesuits are involved! https://en.wikipedia.org/wiki/Inquisition

Oh, yes. And I find it absurd that any living human fails to recognize the new weapon that’s been put at their disposal to further their war against humanity. The Catholic Church is involved up to its eyeballs in the Covid Lie. And they will lose their asses when humanity fights back. MONETARY POWER. The Jesuits have always been involved in and enforced Rome’s tyrannous movements against humanity. After all, the Jesuits were the military arm of the Church, originally. Little has changed; they are no less today. They’ve simply moved into sequestering their disdain for us, presently, as the… Read more »

They helped Hitler in WW2. The pope is a communist clown. Enough said,.

I’m with you I do not want or need to see a doctor. I already had the kung flu and there is no way I would ever get that clot shot. The medical establishment cannot be trusted. They are killing people.

NEJM is an arm of the New World Order. The “terrorists” are those who oppose the great Satan in sheep’s clothing when the “medicine” they proffer is known toxins, poisons whose only results can be suffering, illness, and death. Depopulation is the agenda! Malone is being “unpersoned” the same as an “untermensch” and erased from big tech sites. For what? The NWO doesn’t want the truth getting out!

Maybe it is time we start hunting globalists? If we’re to be defamed by being labeled as terrorists, maybe we should show them what that really means.

I doubt you are alone in that thought.

[…] >Physicians are being ‘Hunted’ for Criticizing Vaccines […]

The big scam is falling apart and the globalist elites are scrambling to get the horse back in the barn. It will not work. It is time for the rest of the people to wake up.

So they are cancelling-out the guy that DEVELOPED THE TECHNOLOGY they’re using to carry out their global genocide?

Yup, nothing to see here, folks.