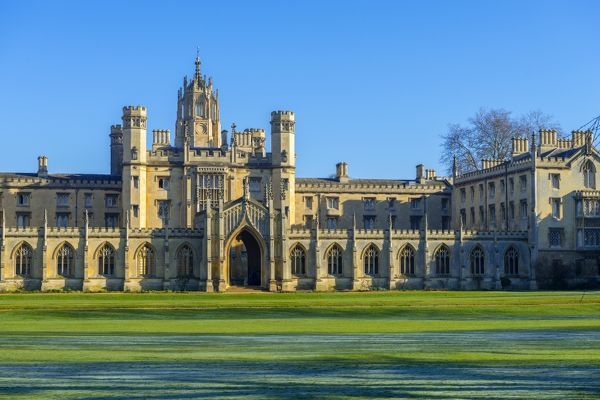 Internationally, the Green New Deal first appeared in England in 2008 with a 44-page report by the Green New Deal Group, simply called A Green New Deal. An excerpt appears below, concluding with a download button and a supporting video produced by a sister organization called the New Economics Foundation.

The board of the Green New Deal Group is stacked with radical members of the green movement, including Greenpeace and Friends of the Earth:

The Green New Deal is the total encapsulation of Sustainable Development, aka Technocracy, in a political form. All of its rhetoric is about economics but the plea is for political action to allow it to happen. As with the Trilateral Commission in 1973, which claimed it was never about politics but rather economics, they hijacked the U.S. Executive Branch in order to execute their economic policies. It was never about political power per se, but rather about economic accumulation.

The global elite are lurking behind the Green New Deal crowd, which has become their ‘useful idiots’ to promote their schemes of Agenda 21, 2030 Agenda, New Urban Agenda, etc. Real environmentalists who attended the 1992 Agenda 21 conference in Rio De Janeiro wrote a book called The Earth Brokers in 1994. They saw through the Agenda 21 scam and wrote:

“We argue that UNCED (UN Conference on Economic Development) has boosted precisely the type of industrial development that is destructive for the environment, the planet, and its inhabitants. We see how, as a result of UNCED, the rich will get richer, the poor poorer, while more and more of the planet is destroyed in the process.”

All Americans, including those involved in the Green New Deal, should wake up and smell the organic coffee: 100 percent of the ecological hysteria is fake and has always been fake.  Remember that it was the Club of Rome who openly claimed authorship of global warming in its 1991 book,  The First Global Revolution:

“In searching for a common enemy against whom we can unite, we came up with the idea that pollution, the threat of global warming, water shortages, famine and the like, would fit the bill.”

The global economy is facing a ​‘triple crunch’. It is a combination of a credit-fuelled financial crisis, accelerating climate change and soaring energy prices underpinned by an encroaching peak in oil production.

These three overlapping events threaten to develop into a perfect storm, the like of which has not been seen since the Great Depression. To help prevent this from happening we are proposing a Green New Deal.

This entails re-regulating finance and taxation plus a huge transformational programme aimed at substantially reducing the use of fossil fuels and in the process tackling the unemployment and decline in demand caused by the credit crunch. It involves policies and novel funding mechanisms that will reduce emissions contributing to climate change and allow us to cope better with the coming energy shortages caused by peak oil.

The triple crunch of financial meltdown, climate change and ​‘peak oil’ has its origins firmly rooted in the current model of globalisation. Financial deregulation has facilitated the creation of almost limitless credit. With this credit boom have come irresponsible and often fraudulent patterns of lending, creating inflated bubbles in assets such as property, and powering environmentally unsustainable consumption.

This approach hit the buffers of insolvency and unrepayable debts on what we think of as ​‘debtonation day’, 9 August 2007, when the banks suddenly fully understood the scale of debts on the balance sheets of other banks, and stopped lending to each other.

In the same year, natural disasters struck body blows to entire national economies, and rising prices began to alert the world to the potential scarcity of oil. At both ends of the climatic spectrum, Australia saw a prolonged drought decimate its domestic grain production, and Mexico saw floods wipe out the agricultural production of an entire large state.

In the oil markets, growing numbers of whistleblowers pointed to the probability of an early peak in production, and a possible subsequent collapse of production. The International Energy Agency (IEA) said an oil crunch is likely in 2012.

Drawing our inspiration from Franklin D. Roosevelt’s courageous programme launched in the wake of the Great Crash of 1929, we believe that a positive course of action can pull the world back from economic and environmental meltdown.

The Green New Deal that we are proposing consists of two main strands. First, it outlines a structural transformation of the regulation of national and international financial systems, and major changes to taxation systems. And, second, it calls for a sustained programme to invest in and deploy energy conservation and renewable energies, coupled with effective demand management.

In this way we believe we can begin to stabilise the current triple-crunch crisis. We can also lay the foundations for the emergence of a set of resilient lowcarbon economies, rich in jobs and based on independent sources of energy supply. This will create a more stable economic environment in which there is a lot more local production and distribution, and enhanced national security.

In the first half of this report we examine the financial, economic and environmental landscapes that are the backdrop to this triple crisis. In the second half, we propose a series of policies that can be used to tackle the problems we have identified.

We call our programme a Green New Deal – one that combines stabilisation in the short term with longer-term restructuring of the financial, taxation and energy systems. The Green New Deal is international in outlook, but requires action at local, national, regional and global levels.

Focusing first on the specific needs of the UK, an interlocking programme of action needs to involve:

We also urge the UK to take action at the international level to help build the orderly, well-regulated and supportive policy and financial environment that is required to restore economic stability and nurture environmental sustainability. Our Government’s objectives should include:

In the words of France’s President Sarkozy, ​‘we have to put a stop to this financial system which is out of its mind and which has lost sight of its purpose.’ The Green New Deal will rekindle this vital sense of purpose, restoring public trust and refocusing the use of capital on public priorities and sustainability. In this way it can also help deliver a wide range of social benefits that can greatly improve quality of life in the future.

There is also an immediate imperative to restore some faith that society can survive the dreadful threats it now faces as a result of the triple crunch. Beyond that, we believe the Green New Deal can deliver a crucial national plan for a low-energy future and its provision on the ground. The absence of any such plan at present leaves the country very vulnerable.

There is no risk analysis of the peak-oil threat, and there is no contingency plan for what would happen if oil and/​or gas supplies collapsed rapidly. Our plan would include oversight and coordination for generating the funding from government, the energy industry and a range of private savings vehicles for investment in a vital multi-decade programme for the transition to a low-energy future. In short, it is a route map for the journey from energy and economic insecurity to one of energy and environmental security.