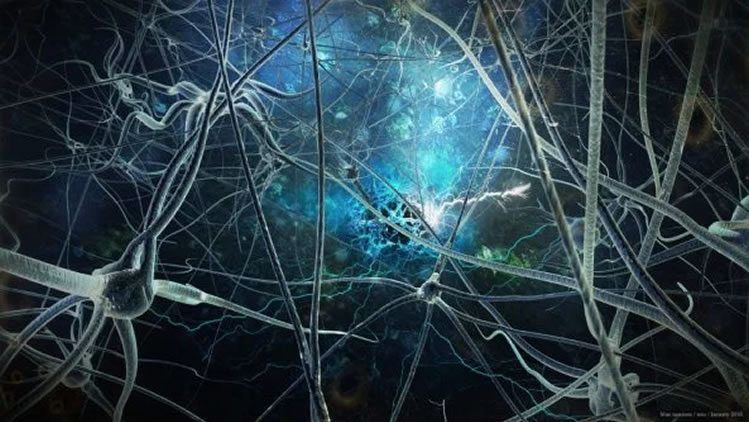 Scientism underlies both Technocracy and Transhumanism; the latter is to humanity as the former is to society. Without scientism, neither could be explained or justified. Scientism was first clearly defined by the French philosopher, Henri De Saint-Simon when he stated,

Saint-Simon is also considered the father of Technocracy that was later popularized and branded in the 1920s and 1930s by men such as Frederic Taylor, M. King Hubbard and Howard Scott.

It is a fatal error to equate Scientism with science. True science explores the natural world using the time-tested scientific method of repeated experimentation and validation. By comparison, Scientism is a speculative, metaphysical worldview about the nature and reality of the universe and man’s relation to it.

To a Technocrat, he or she is a hammer and every problem in the world is a nail. There is no problem in the universe that a Technocrat cannot solve, given enough time and resources. In the end, says the Technocrat, the solution will be the most efficient, balanced and reasoned solution possible, and there will be no dispute about it. In other words, the Technocrat’s solution always ends in the same position, that the “science is settled” and discussion is pointless. Dissenters are dismissed as ignorant, stupid and/or mean-spirited deniers.

Robert Putnam wrote in 1977 that there are six defining characteristics of a Technocrat:

When the economic system called Technocracy was formulated in the 1930s, all of the above was focused on solving the Great Depression and the impending failure of Capitalism and Free Enterprise. Their solution was the first attempt in the history of the world to create an alternative economic model using the scientific approach. By 1938, the Technocrats defined their own movement as “the science of social engineering, the scientific operation of the entire social mechanism to produce and distribute goods and services to the entire population.” (The Technocrat, 1939)

Now, that was very far-reaching. It sought to control the entire social mechanism (the problem) to make and distribute goods and services to the entire population (the needed solution).

Again, nothing has change: This is exactly what the UN’s Sustainable Development program seeks to do.

Saint-Simon proposed that the religious leadership of his day should be replaced by a priesthood of scientists and engineers, who would interpret the oracle of science in order to make declarations to society on necessary human action. Thus, science would be elevated to a state of unquestionable godhood, and would be worshiped by its followers as led by its priesthood. A modern type of such a high-priest would be Al Gore, who worships the god of “global warming science”.

The fifth column operating in the world today to subvert society is not comprised of socialists, communists or fascists, but is rather composed of Technocrats. The socialists, communists, fascists, and other political actors who inadvertently or purposefully help them are nothing more than ‘useful idiots’ who will suddenly, one day soon, be thrown under the bus and destroyed.

The ‘useful idiot’ observation is not speculative. Every revolution in history had sympathizers and operatives who met the same fate.

China As A Technocracy Revealed In Construction Of Ghost Cities

Interesting thoughts! We could have a long lasting debate about them. Maybe some day. Scientism should be stricktly limited to scifi fans with a lot of reading experience. I am a scifi writer and have a large scifi library. All the Gods are there: Asimov, Anderson, Heinlein, Vance, Clarke, Wyndham, Simak, and over a hundred others. They were (most are dead now) all visionaries who knew better than anyone how to foresee the future and create a virtual science to make it all possible. But all of them knew very well that technocracy without a soul was like a zombie:… Read more »

The late Dr. Francis Schaeffer believed and said in his movie series, How Should We Then Live? that we would get a scientific elite to rule us. The Bible prophesies this in Daniel 7:24 of 10 elite rulers, the club of Rome advocated this and Tolkien in the LotR speaks of the 9 rings of power that corrupted 9 kings and the 10th ring of ultimate power of Sauron. Fantasy becoming reality, because men saw this coming.

Good points. My reaction is at

You wrote: //Saint-Simon proposed that the religious leadership of his day should be replaced by a priesthood of scientists and engineers, who would interpret the oracle of science in order to make declarations to society on necessary human action. Thus, science would be elevated to a state of unquestionable godhood, and would be worshiped by its followers as led by its priesthood. //

By any chance do you have quotes and references for this? I’d like to see the quote directly. Thank you.

Laura, there is an abundance of literature available on Saint-Simon and you easily dig into any number of scholarly sources, including his original writings. https://www.newworldencyclopedia.org/entry/Henri_de_Saint-Simon

Is There No End To The Madness? – Gem State Patriot News

[…] than coming from the religious teachings. Faith, regardless of which one, is being replaced with Scientism, a cold and dictatorial world that does not recognize faith. But Sophia currently understands it […]

[…] sharing scientific evidence openly, politicians and scientists risk being replaced by Technocrats. According to author Patrick Wood, “The Technocrat is unsympathetic to politicians and political institution” and […]

An Expression of Concern with Evidence of Harm - United Push Back

[…] sharing scientific evidence openly, politicians and scientists risk being replaced by Technocrats. According to author Patrick Wood, “The Technocrat is unsympathetic to politicians and political institution” and “less […]

[…] sharing scientific proof overtly, politicians and scientists threat being changed by Technocrats. In accordance with writer Patrick Wooden, “The Technocrat is unsympathetic to politicians and political institution” and “less […]

An Expression of Concern with Evidence of Harm - Cialisvvr

[…] sharing scientific evidence openly, politicians and scientists risk being replaced by Technocrats. According to author Patrick Wood, “The Technocrat is unsympathetic to politicians and political institution” and “less […]