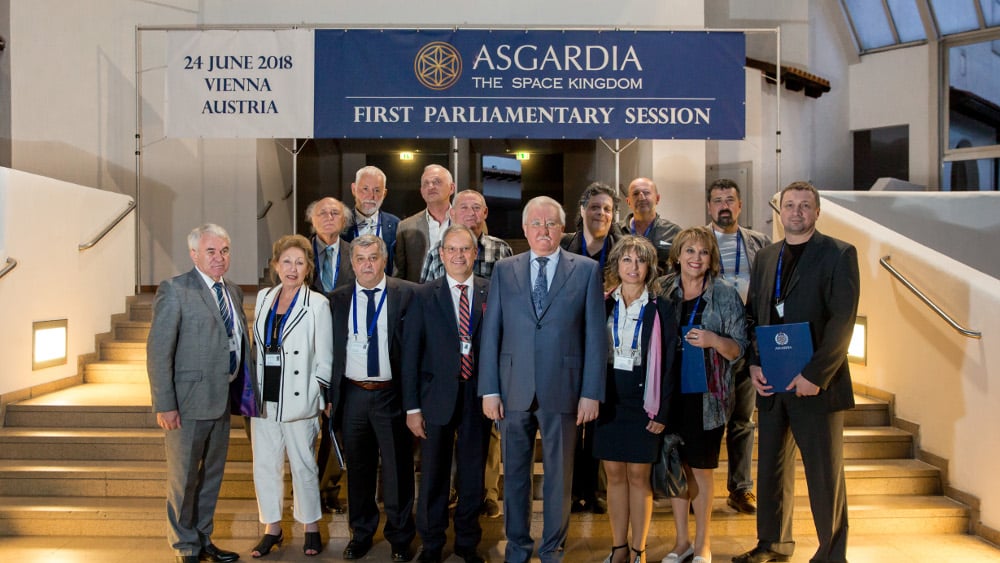 A Russian billionaire is ramping up plans to save humanity by creating a floating “garden of gods” in the Solar System for 15 million lucky people.

Igor Ashurbeyli is the Azeri-Russian tycoon behind Asgardia, a project launched three years ago to establish “permanent peace in space”. In 2017, the group sent a satellite – Asgardia-1 – into low-Earth orbit and declared sovereignty over the space it occupies. The outlandish ambitions do not cease there, but “Head of Nation” Dr Ashurbeyli has sought to prove this is more than just a sci-fi fantasy.

Earlier this year, Asgardia unveiled plans to build a fleet of “cosmic Noah’s arks” orbiting the Earth, at a cost of roughly £100billion a piece for its micro-nation.

Former Liberal Democrat MP Lembit Opik was elected as the chairman of the Parliament of Asgardia during its first session in Vienna, Austria.

He is part of a British core involved in the project, that also includes Tory Brexiteer Nigel Evans who chairs the Asgardian parliament’s foreign affairs committee, and Philip Appleby, a former Ministry of Defence official and police officer who has been appointed Minister of Safety and Security.

Mr Opik told iweekend: “Lots people are building rockets, Asgardia is about building the society to go with them.

“At some point in the future, ordinary people are going to have to inhabit space and we are not going to build a social infrastructure from mission control.

“It has to be built by consent – painstakingly and comprehensively.

“We have to decide the rules and methods on everything from burials to taxation, from marriage to procreation.

“My political back catalogue tells you that I’m no stranger to dealing with the unexpected, it has never bothered me to be on the far side of convention and target for suspicion of derision.

“We are getting some big names from science and commerce and it creates a virtuous circle – the more people take us seriously, the more serious it will get.”