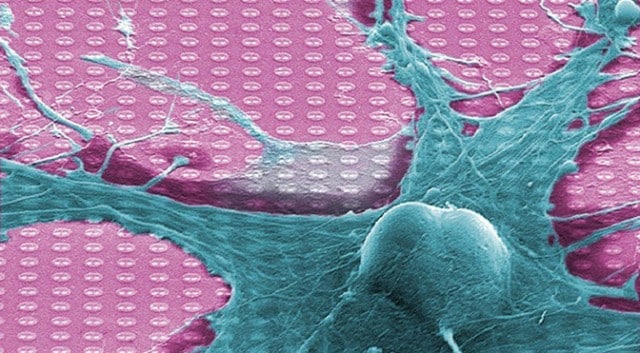 Please Share This Story!
PDF 📄
This is mind-boggling technology, but will completely overtake many existing security functions. Basically, humans cannot escape their odors, and every human has a unique odor signature. ⁃ TN Editor

A technology expert has created a computer chip based on mice neurons that could recognise the smell of explosives.

The device could be implanted into the brain of future robots, which could be trained to recognise danger via odours, replacing traditional airport security.

The Koniku Kore device is a ‘world first’ that is able to breath in and smell air, meaning it could detect volatile chemicals and explosives or even illnesses such as cancer.

Named the Koniku Kore, the modem-sized device could provide the brain for future robots.

Instead of being based on silicon, the Koniku Kore is built using mice neurons.

Each chips a bizarre mixture of living neurons and silicon.

The device have sensors that can detect and recognise smells.

While computers are better than humans at complex mathematical equations, the brain is better at a number of cognitive functions such as smelling.

The researchers behind the device say it could one day be placed discreetly in airports to sniff out explosives.

This means in the future passengers could skip tedious airport security lines, while the special device sniffs out explosives silently in the background.

While those in the field of Artificial Intelligence (AI) are working furiously to create machines that can mimic the brain, or – like tech entrepreneur Elon Musk – implant computers in our brains, one researcher has found a way to merge lab-grown neurons with electronic circuitry.

Nigerian neuroscientist Oshiorenoya Agabi says his supercomputer – the pictures of which cannot yet be publicly revealed – could simulate the power of 204 brain neurons.

As many grapple with the finite processing power of silicon, the 38-year-old said he had looked to the brain which is ‘the most powerful processor the universe has ever seen.

‘Instead of copying a neuron, why not just take the biological cell itself and use it as it is? That thought is radical. The consequence of this is mind-boggling,’ he said.

So he and a team of geneticists, physicists, bio-engineers, molecular biologists and others set about doing just that, focusing on the problems that were particularly hard for silicon devices to solve.