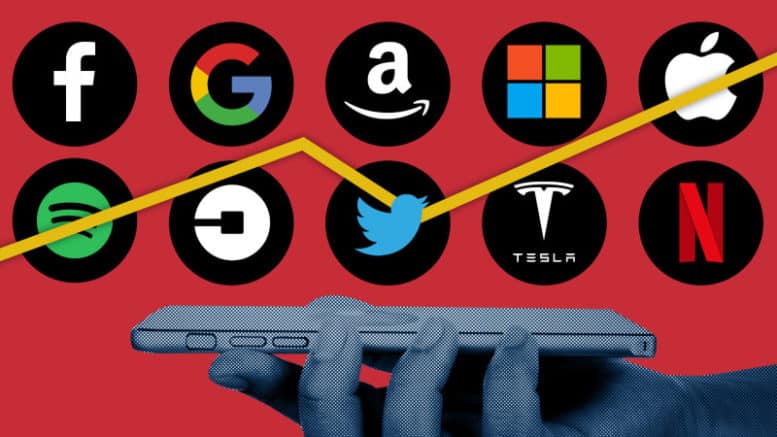 Please Share This Story!
PDF 📄
Technocracy is encroaching to the point that it is taking over the pilot’s seat in governments around the world. Representative governments and societies have little chance except to succumb. Violent resistance, such as Yellow Vest movement in France, will continue to resist. ⁃ TN Editor

A friend of mine, who runs a large television production company in the car-mad city of Los Angeles, recently noticed that his intern, an aspiring filmmaker from the People’s Republic of China, was walking to work.

When he offered to arrange a swifter mode of transportation, she declined. When he asked why, she explained that she “needed the steps” on her Fitbit to sign in to her social media accounts. If she fell below the right number of steps, it would lower her health and fitness rating, which is part of her social rating, which is monitored by the government. A low social rating could prevent her from working or traveling abroad.

China’s social rating system, which was announced by the ruling Communist Party in 2014, will soon be a fact of life for many more Chinese.

By 2020, if the Party’s plan holds, every footstep, keystroke, like, dislike, social media contact, and posting tracked by the state will affect one’s social rating.

Personal “creditworthiness” or “trustworthiness” points will be used to reward and punish individuals and companies by granting or denying them access to public services like health care, travel, and employment, according to a plan released last year by the municipal government of Beijing. High-scoring individuals will find themselves in a “green channel,” where they can more easily access social opportunities, while those who take actions that are disapproved of by the state will be “unable to move a step.”

Big Brother is an emerging reality in China. Yet in the West, at least, the threat of government surveillance systems being integrated with the existing corporate surveillance capacities of big-data companies like Facebook, Google, Microsoft, and Amazon into one gigantic all-seeing eye appears to trouble very few people—even as countries like Venezuela have been quick to copy the Chinese model.

Still, it can’t happen here, right? We are iPhone owners and Amazon Prime members, not vassals of a one-party state. We are canny consumers who know that Facebook is tracking our interactions and Google is selling us stuff.

Yet it seems to me there is little reason to imagine that the people who run large technology companies have any vested interest in allowing pre-digital folkways to interfere with their 21st-century engineering and business models, any more than 19th-century robber barons showed any particular regard for laws or people that got in the way of their railroads and steel trusts.

Nor is there much reason to imagine that the technologists who run our giant consumer-data monopolies have any better idea of the future they’re building than the rest of us do.

Facebook, Google, and other big-data monopolists already hoover up behavioral markers and cues on a scale and with a frequency that few of us understand. They then analyze, package, and sell that data to their partners.

A glimpse into the inner workings of the global trade in personal data was provided in early December in a 250-page report released by a British parliamentary committee that included hundreds of emails between high-level Facebook executives. Among other things, it showed how the company engineered sneaky ways to obtain continually updated SMS and call data from Android phones. In response, Facebook claimed that users must “opt-in” for the company to gain access to their texts and calls.

The machines and systems that the techno-monopolists have built are changing us faster than they or we understand. The scale of this change is so vast and systemic that we simple humans can’t do the math—perhaps in part because of the way that incessant smartphone use has affected our ability to pay attention to anything longer than 140 or 280 characters.

As the idea of a “right to privacy,” for example, starts to seem hopelessly old-fashioned and impractical in the face of ever-more-invasive data systems—whose eyes and ears, i.e., our smartphones, follow us everywhere—so has our belief that other individual rights, like freedom of speech, are somehow sacred.