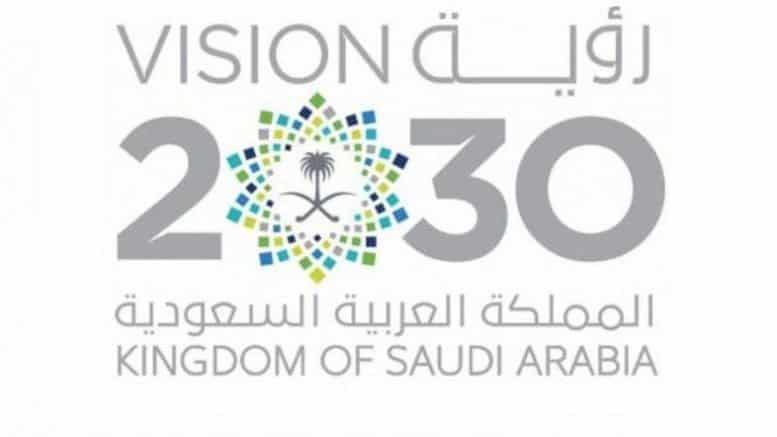 TN Note: Saudi Arabia leads the Mideast toward full implementation of  Sustainable Development, which is Technocracy. Whatever ideological differences might exist between the east and west, both will adopt this radical new economic system. Of course, the Plan is predicated on economic growth as the enabling factor, which is very tenuous in an age of global economic contraction. See the full text of the Plan here.

The Saudi Vision 2030 was applauded as a major step by the government toward sustainable public finance by a cross-section of the Saudi society.

The ambitious vision document, drafted by the Council of Economic and Development Affairs upon instructions from King Salman, was lauded by Commerce and Industry Minister Tawfiq Al-Rabiah, who said that Vision 2030 gives the utmost care for the promotion of the commercial and industrial sectors in the Kingdom.

It will help increase the gross domestic product (GDP) of the Kingdom and make Saudi mega-companies a major player in international markets, he said.

He added that the development of small and medium enterprises (SMEs) is considered the optimal investment for the national economy, which, in turn, will promote the Kingdom’s non-oil exports and generate more job opportunities for citizens.
Echoing these sentiments, Civil Service Minister Khaled Al-Araj said the vision was characterized by transparency and clearness in its pursuit to create a national economy not dependent on oil but which rather looks at a post-oil era and draws up appropriate plans to that end.

Transport Minister Abdullah Al-Muqbil said the vision is a road map for economic and developmental reform for the post-oil era and will help diversify income resources, enhance the national economy and draw up modern economic policies.

Majed Abdullah Al-Hedayan, a senior columnist and specialist consultant on legal affairs at the Riyadh Chamber of Commerce and Industry, said: “Vision 2030 is a clear road map to a very positive and promising future.

“It has very strong determination to build a thriving country in which all citizens can fulfill their dreams, hopes and ambitions, and will help the Kingdom emerge as a leader in providing opportunities for all through education and training, high quality services, employment, health, housing and a happy life.”

Prince Faisal bin Abdullah, head of the Saudi Red Crescent Authority, lauded the plan saying it is a major economic policy for sustainable development as Vision 2030 represents the vision of the wise leadership, shows keenness to improve citizens’ lives, which are key features of the national ambition for construction of a promising future for coming generations based on developmental plans at both economic and social levels that will bring a quality shift for the post-oil era.

Khaled Al-Aboudi, deputy chairman of the Riyadh-based Al-Muttahedah Recruitment Company, welcomed Vision 2030. “We will achieve, InshaAllah, very soon what we could not in last 40 years as this vision provides opportunity for all sections.”