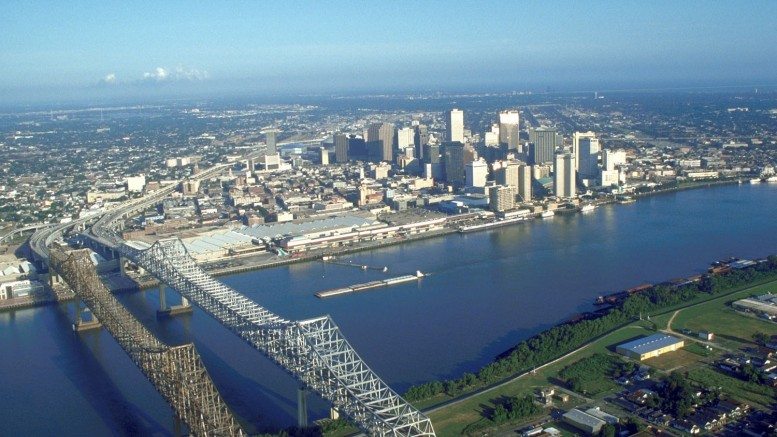 Please Share This Story!
PDF 📄
Read to the bottom: “The ‘experts’ get to make the decisions, and if the public misses their chance to provide input, they should have been paying closer attention.” ⁃ TN Editor

Technocrat. Noun. An obscure insult used to describe a politician who promotes progress through innovation and technology at the expense of the way things have always been done. The term is most often seen on the left or liberal side of the political spectrum to describe Democratic elected officials deemed insufficiently protective of liberal or progressive interests and who attend the Aspen Institute a few times too many.

That’s a little tongue in cheek as far as definitions go, but that’s the context surrounding the term when I see it. And I see it used on Twitter or elsewhere on social media, usually within a wonky discussion of some obscure policy point. Kind of ironic if you think about it too hard.

Which is a long way to say I thought “technocrat” was one of those made-up words that only mean anything to people who already agree with one another. Whenever I’d see it, I would roll my eyes and stop listening. Like baseball fans getting deep into the weeds about the meaning of a pitcher’s ERA or the finer points of discussion you hear when football fans talk about QB rating by quarter – obviously, it is time to change the subject on whatever we’re talking about and find another beer.

But I found the term “technocrat” popping into my head the other day as I was looking over Master Plan amendments proposed by the Mayor’s Office. If you haven’t had a chance to wade through all the Master Plan amendments proposed for your New Orleans neighborhood – probably because you have something called a “social life” – you may want to take a few minutes and go through them and see what the powers that be would like to do with your city.

Of particular interest to me are the amendments proposed to Chapter 15 of the Master Plan.

Chapter 15 is the part of the Master Plan that says citizens of New Orleans should be notified about proposed land use and zoning issues in their community, informed of what those proposals mean, and have a chance to offer their opinions to city decision-makers throughout the decision-making process. If that sounds like a wonderful, Norman Rockwell version of How Democracy Works in America, that’s what it is. Or should be.

As you may have guessed, the reality is quite different. The system we have now is wholly dependent on citizens volunteering their free time to figure out what it is all the paid experts and investors are talking about when they make land use decisions.

Do you ever get a letter in the mail about some development taking place nearby your house? They usually involve a proposal for a variance or conditional use, maybe a zoning change. There’s usually an alphabet soup of zoning designations that you may have heard about before, but aren’t really sure what they mean. Sometimes these proposals are just your neighbors looking to build a shed. Other times, they’re developers proposing something that sounds nice, like a coffee shop or some nice place families can live. If you go to a neighborhood meeting about it, they say something about how what they’re doing is “fixing a mistake made by the city” or how their intention is to “provide improvements to the community.” They’re only ever here to help out, you know. The only people you know complaining about it are the “crazy NIMBY neighbors” who just sound like they hate everything. Your natural human reaction is to say “sure, this development sounds cool, I’m sure everything’s on the up and up.” You toss the notification in the recycling and don’t think a thing about it.

Then two months later you hear about how someone’s tearing down a building that has been around forever and putting up 400 apartments. Or maybe they’re dropping a six-story building in among all the shotgun doubles down the street from your house. Here’s where they’re putting 5,000 square feet of commercial space and they don’t have to provide any parking. There’s going to be a new restaurant that serves alcohol until 2AM. Suddenly, you and a bunch of neighbors are mad, because you’ve never heard about the details of what they’re planning to do. The thing you did hear about wasn’t what you thought you’d heard, and you feel lied to.

That’s the system we currently have because we didn’t do what the Master Plan asked for. If we had, there would be members of your community who could help explain exactly what was being proposed and facilitate community understanding of the rules so you and your neighbors could make an informed decision based on more than the official notification you get in the mail. You’d still have to participate in the process on your own time, but it may not feel like you’re wasting that time.

We don’t have that because doing what the Master Plan asks would cost money. And New Orleans doesn’t have a lot of money. Instead of intentionally building a well-informed citizenry who feel confident in the process and know what questions need to be asked, we have a patchwork of volunteers at the neighborhood level trying to keep up with everything that is going on. Down on Perdido Street, the City Planning staff and the Neighborhood Engagement Office and staff in the City Council members’ offices do what they can to help out when neighborhood volunteers start asking questions, but they’re all stretched pretty thin. There are only so many hours in the day, developer requests are endless, and it is difficult for unpaid neighborhood volunteers to know the right questions to ask.

What that means is neighbors sometimes get the old City Hall Surprise I’ve written about before, where they only find out about some development near their home at the tail end of the process, after months of work has already been done. Official notice has been mailed, news was reported in local outlets, and neighborhood volunteers have tried to tell folks what’s going on. City Planning published their report and approved the plan. City Council is getting ready to hear it, but now everyone’s getting yelled at by the neighbors, so the decision gets postponed. And postponed. And postponed. Now everyone’s doing more work and it is costing everyone more money and time.

Democracy based on public participation is a messy, messy thing. It can be confusing and infuriating for residents and embarrassing to decision makers. It can be hard to keep up with. It can be very hard to manage on a shoestring budget. To work, it requires citizens give up their free time, inform themselves at their own expense, and grapple with complex and often controversial issues. Like Fight Club, democracy requires you determine your own level of involvement. For a bunch of folks, that level of involvement means not involved.

But a non-involved public grinds participatory democracy to a halt.

And that’s where the technocracy comes in. Instead of waiting on the public to get involved, technocrats consolidate and automate the process. The “experts” get to make the decisions, and if the public misses their chance to provide input, they should have been paying closer attention. Technocratic solutions remove the mess of democracy and make things easier, quicker, and cheaper for those who are most invested and connected and knowledgeable about the process. If the voters don’t like it, they can participate on election day – if they even show up to the polls.

Proposed amendments to Chapter 15 double down on resident non-participation by consolidating the big, messy, difficult democratic process into management by one small office at City Hall. Even if every city employee in that office has the best of intentions at heart, how long will it be before the sheer weight of this process demands less access from the public, and more decision making at the top?