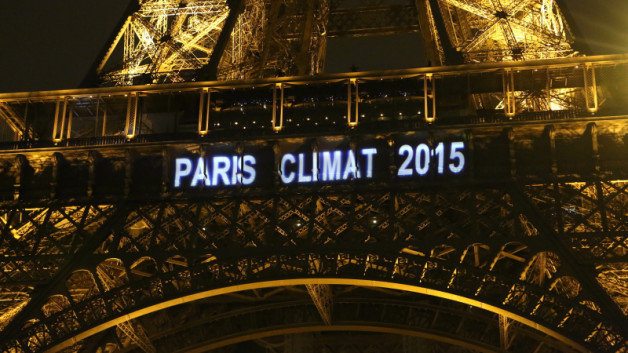 TN Note: President Obama will take credit for any successes stemming from the 2015 Paris summit, thanks to his “leadership”. In fact, 100 percent of his climate-change policy structure was architected by John Podesta, a member of the Trilateral Commission, founder of George Soros-funded Center For American Progress and insider at the United Nations.

Less than one month from now the nations of the world will meet in Paris for the 21st Session of the Conference of the Parties to the United Nations Framework Convention on Climate Change (COP21). During the November 30 to December 11 meeting, organizers hope to reach a new international agreement on the climate—something that has been unachievable at the recent annual events.

President Obama is “cautiously optimistic” that a global climate agreement will finally be reached as a result of his “leadership.” As stated during the October 11 edition of 60 Minutes, he sees his role in Paris as more important than fighting ISIS: “My definition of leadership would be leading on climate change, an international accord that potentially we’ll get in Paris.”

This “accord” will not be an enforceable “treaty” as was The Kyoto Protocol on Climate Change negotiated in 1997 and signed by President Clinton but never ratified by the U.S. Congress. The Kyoto Protocol expired at the end of 2012. Supporters have since been scrambling to reach a new deal. Once again, however, Congress will not ratify any such agreement—leaving the President to “lead by example” through executive and regulatory actions that have little chance of success.

The Clean Power Plan (CPP) is, as stated by NPR, “the centerpiece of President Obama’s broader climate agenda.” NPR continues: “He’s urging other big countries to take similarly aggressive action in advance of an international climate summit in Paris later this year.” The Washington Examiner called CPP “the linchpin in securing a global deal on emission reductions” in Paris.

Addressing the important role of CPP, the director of the Sierra Club’s Beyond Coal campaign, Mary Ann Hitt, declared that it “signals to the rest of the world that the U.S. is serious about combating the climate crisis ahead of international negotiations in Paris.”

In case you haven’t been following the multi-year regulatory process that introduced draft rules in 2014, with finalized rules released in August and, finally, after more than three times the usual lag time, the 2,000-page CPP was published in the Federal Register on October 23.  The diktat, which requires a cut in power-plant carbon emissions of 32% below 2005 levels by 2030, has been called “one of the most far-reaching energy regulations in this nation’s history.”

CPP is loathed by most Republicans, some Democrats, industry associations and business groups, utilities, coal companies, and mining interests. Therefore, less than 12 hours after publication in the Federal Register, it became “the most heavily litigated environmental regulation ever”—with more than 15 separate cases from 26 states and countless industry groups filed against it in just two days. All the lawsuits have been consolidated into one case at the U.S. Court of Appeals for the District of Columbia Circuit. It is widely expected to ultimately be heard before the Supreme Court—which may not hear the case until 2018. By the time a final ruling is made, the Obama Administration believes that, as was the case with the Mercury and Air Toxics Standards, industry will have already done so much to comply with the rule that the high court’s decision will be almost irrelevant. The Wall Street Journal (WSJ) states: “Even if CPP is … junked by the courts, they’re hoping to intimidate the states and dictate the U.S. energy mix for a generation.”

It is the lengthy timeline that prompted lawsuits to not only overturn the CPP, but to also ask for a stay of the rule while the court decides on the case—as the U.S. Court of Appeals for the 6th Circuit granted last month regarding the Obama Administration’s Waters of the U.S. rule.