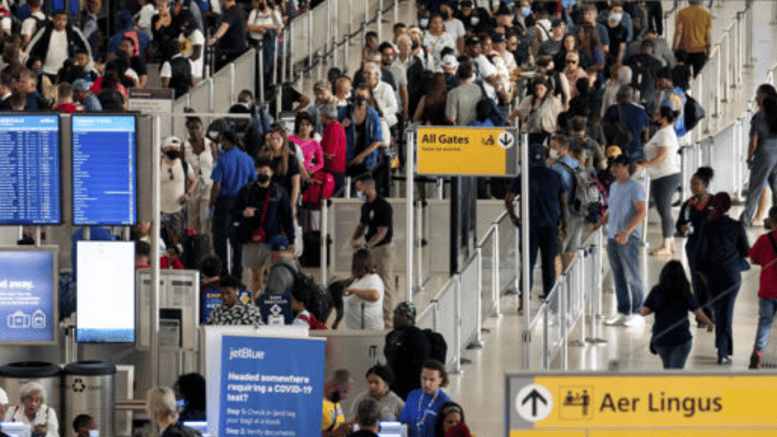 Please Share This Story!
PDF 📄
The entire content of your smartphone can be “extracted” in under two minutes, with or without your permission or awareness,  by sophisticated mobile forensics devices. Many law enforcement agencies are using these devices as government databases are expanded. Technocrats lust for data and the concept of too much data is an oxymoron. ⁃ TN Editor

U.S. government officials are adding data from as many as 10,000 electronic devices each year to a massive database they’ve compiled from cellphones, iPads and computers seized from travelers at the country’s airports, seaports and border crossings, leaders of Customs and Border Protection told congressional staff in a briefing this summer.

The rapid expansion of the database and the ability of 2,700 CBP officers to access it without a warrant — two details not previously known about the database — have raised alarms in Congress about what use the government has made of the information, much of which is captured from people not suspected of any crime. CBP officials told congressional staff the data is maintained for 15 years.

Details of the database were revealed Thursday in a letter to CBP Commissioner Chris Magnus from Sen. Ron Wyden (D-Ore.), who criticized the agency for “allowing indiscriminate rifling through Americans’ private records” and called for stronger privacy protections.

The revelations add new detail to what’s known about the expanding ways that federal investigators use technology that many Americans may not understand or consent to.

Agents from the FBI and Immigration and Customs Enforcement, another Department of Homeland Security agency, have run facial recognition searches on millions of Americans’ driver’s license photos. They have tapped private databases of people’s financial and utility records to learn where they live. And they have gleaned location data from license-plate reader databases that can be used to track where people drive.

CBP’s inspection of people’s phones, laptops, tablets and other electronic devices as they enter the country has long been a controversial practice that the agency has defended as a low-impact way to pursue possible security threats and determine an individual’s “intentions upon entry” into the U.S. But the revelation that thousands of agents have access to a searchable database without public oversight is a new development in what privacy advocates and some lawmakers warn could be an infringement of Americans’ Fourth Amendment rights against unreasonable searches and seizures.

If all of humanity got rid of their cell phones it would solve most of the problem. Cell phones are the new crack….