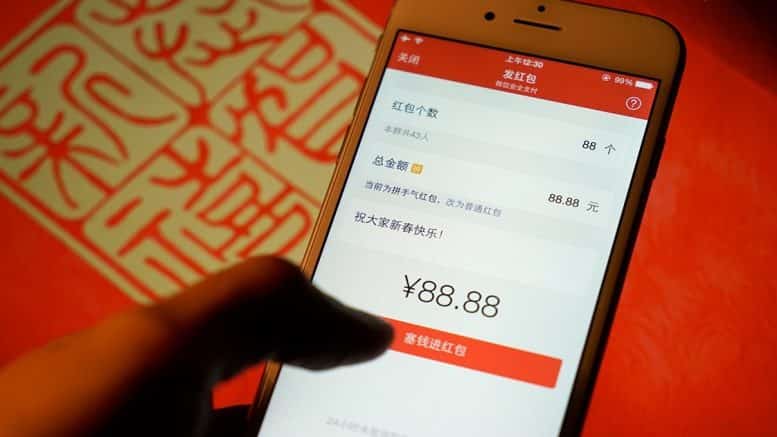 China, the world’s biggest and most established Technocracy, has all but achieved a totally cashless state by implementing digital e-payment systems via smart phones. Coupled with ubiquitous camera surveillance and identification, China will soon have its thumb on an electronic gulag from which there is no escape, relief or appeal. ⁃ TN Editor

In major Chinese cities, paying by paper money is all but dead thanks to the convenience of mobile payment, which has now surged to US$5 trillion in the mainland.

Ask Lin Nianbao, owner of Ruyi Restaurant that sells noodles, dumplings and rice dishes on Shanghai’s Lancun Road. Lin is now a firm supporter of the country’s rapid pace of digitalization, where e-payment and online food delivery services have helped his business grow and thrive.

“Cash is no longer needed in running the restaurant,” he said. “It is a fast-changing business world as mobile phones begin to dominate people’s life.”

Until 2015, Ruyi used to collect cash from all its customers, but e-payments through WeChat Pay and Alipay now account for more than 70 per cent of its total transactions, or about 10,000 yuan (US$1,515) a day.

“This is a typical disruptive technology,” Lin said. “It forces us to learn how to better use the apps to develop our businesses.”

Small restaurants like Ruyi operate in a cutthroat fast-food sector, where each dish costs 10 to 20 yuan, and operators are hit with a host of other constraints such as steep rents. The restaurant is big enough for about 20 tables that can sit around 50 people at any one time. It was among the first food businesses on its street to adopt e-payment early last year.

“We thought it was worth a try when the payment service firms approached us,” Lin said. “The rapid increase in the use of mobile payment at small restaurants like ours is a surprise.”

He said e-payment service was no longer a nice-to-have option, but a necessity to attract new customers and retain regulars.

“Some people come in and ask whether we accept Alipay or WeChat,” Lin said. “Those restaurants on the street, which insisted on cash payments have lost their businesses to us.”

Digital payments had helped drive the restaurant’s revenue up by about 10 per cent, he said.