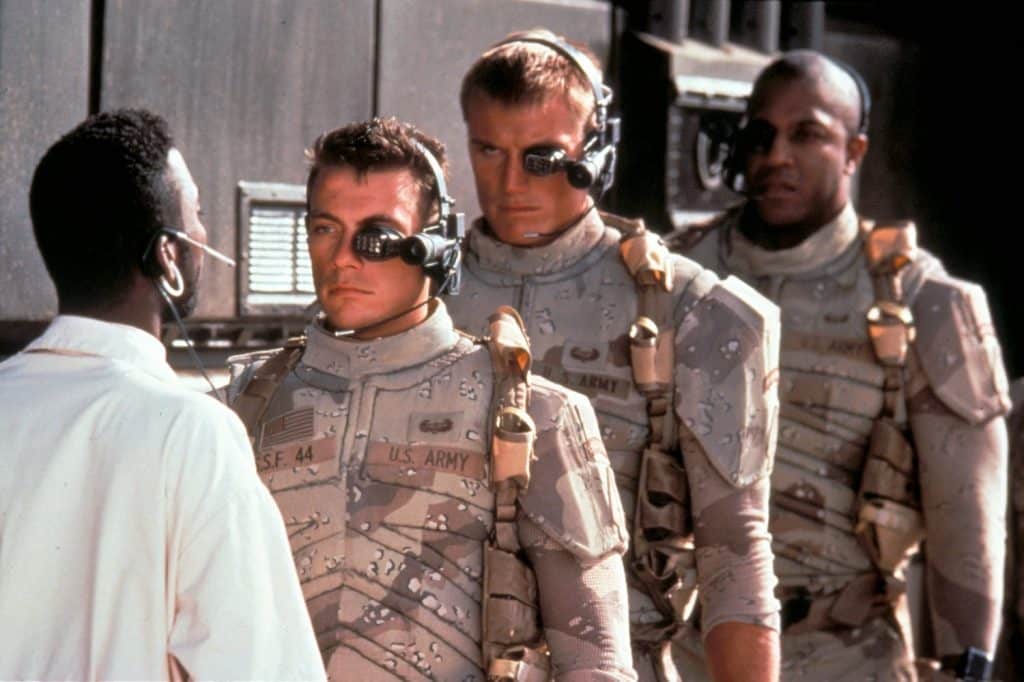 If governments need to regulate super-soldiers, that means that they will be the ones creating them as well. Technocrats who are  invading human DNA via CRISPR technology are practicing the worst form of eugenics ever seen on the face of the earth. ⁃ TN Editor

The strongman Russian President spoke to a crowd of students about the prospect of an army of trained killers incapable of feeling “pain or fear” much like the characters in 1992 action movie Universal Soldier.

The normally icy-veined Putin appeared scared at the prospect of super soldiers
Putin said scientists could create Universal Soldier-style supermen incapable of feeling fear or pain
He revealed that scientists are close to breaking the genetic code which would enable them to create “a human with pre-designed characteristics”.

Speaking at a youth festival in Sochi, Putin warned of the consequences of playing God with man’s genetic code, reports The Express.

He said: “A man has the opportunity to get into the genetic code created by either nature, or as religious people would say, by the God.

“All kinds of practical consequences may follow. One may imagine that a man can create a man not only theoretically but also practically.

The Kremlin strongman warned governments need to regulate the creation of super soldiers.

“He can be a genius mathematician, a brilliant musician or a soldier, a man who can fight without fear, compassion, regret or pain.

“As you understand, humanity can enter, and most likely it will in the near future, a very difficult and very responsible period of its existence.

“What I have just described might be worse than a nuclear bomb.” 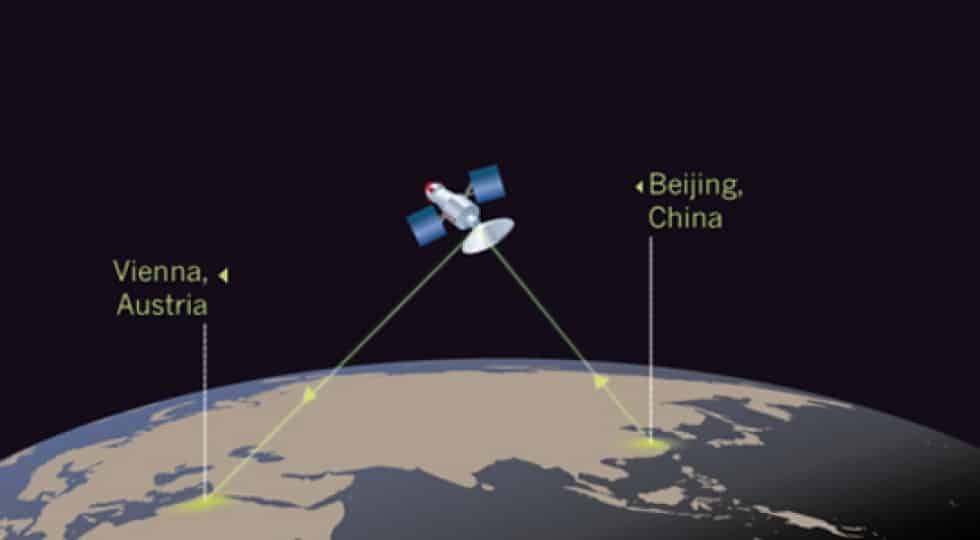 China Outraces US In Quantum Computing And Quantum Encryption

If China wins the Quantum computing war, it will obsolete land-based communication infrastructure and give China complete dominance over data encryption. China has already indicated that it will invest whatever resources are necessary to win this race, which many have compared to the original race to land on the moon. ⁃ TN Editor

U.S. and other Western scientists voice awe, and even alarm, at China’s quickening advances and spending on quantum communications and computing, revolutionary technologies that could give a huge military and commercial advantage to the nation that conquers them.

The concerns echo — although to a lesser degree — the shock in the West six decades ago when the Soviets launched the Sputnik satellite, sparking a space race.

In quick succession, China in recent months has utilized a quantum satellite to transmit ultra-secure data, inaugurated a 1,243-mile quantum link between Shanghai and Beijing, and announced a $10 billion quantum computing center.

“To me, what is alarming is the level of coordination of what they’ve done,” said Christopher Monroe, a physicist and pioneer in quantum communication at the University of Maryland.

Perhaps more than the accomplishments of the Chinese scientists, it is the resources that China is pouring into the research into how atoms, photons and other basic molecular matter can harness, process and transmit information.

“It doesn’t necessarily mean that their scientists are better,” said Martin Laforest, a physicist and senior manager at the Institute for Quantum Computing at the University of Waterloo in Ontario, Canada. “It’s just that when they say, ‘We need a billion dollars to do this,’ bam, the money comes.”

The engineering hurdles that China has cleared for quantum communication means that the United States will lag in that area for years.

“The general feeling is that they’ll get there before us,” said Rene Copeland, a high-performance computer expert who is president of D-Wave (Government) Inc., a Vancouver-area company that uses aspects of quantum computing in its systems.

But building a functioning quantum computer sets forth different kinds of challenges than mastering quantum communication, and may involve creating materials and processes that do not yet exist. Once thought to be decades off, scientists now presume a quantum computer may be built in a decade or less. The stakes are so high that advances by the U.S. government remain secret.

“We don’t know exactly where the United States is. I fervently hope that a lot of this work is taking place in a classified setting,” said R. Paul Stimers, a lawyer at K&L Gates, a Washington law firm, who specializes in emerging technologies. “It is a race.” 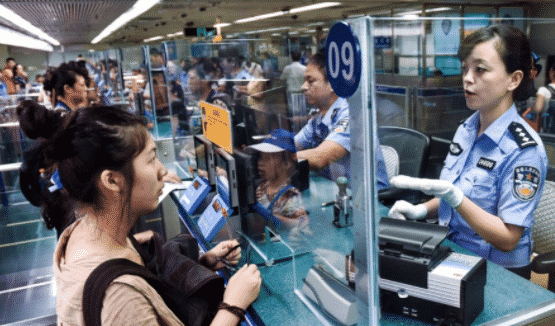 As it collects vast troves of data on its citizens, China is advancing as a Technocracy and is headed for complete Scientific Dictatorship within a few years. Americans do not understand that this technology and mindset is also targeted for America with the same result. ⁃ TN Editor

The goal is for the system to able to match someone’s face to their ID photo with about 90 per cent accuracy.

The project, launched by the Ministry of Public Security in 2015, is under development in conjunction with a security company based in Shanghai.

The system can be connected to surveillance camera networks and will use cloud facilities to connect with data storage and processing centres distributed across the country, according to people familiar with the project.

However, some researchers said it was unclear when the system would be completed, as the development was encountering many difficulties due to the technical limits of facial recognition technology and the large population base.

At present, similar systems operate on a smaller level, including police databases and city or provincial ID pools.

But these operate separately and are on a much smaller scale.

There is also a national database of police suspects and people of interest to the government.

These may continue to be used independently after the national system is established.

The core data set for the national system, containing the portrait information of each Chinese citizen, amounts to 13 terabytes.

The size of the full database with detailed personal information does not exceed 90 terabytes, according to technical documents on the ministry’s website and a paper written by police researchers.

Chen Jiansheng, an associate professor at the department of electrical engineering at Tsinghua University and a member of the ministry’s Committee of Standardisation overseeing technical developments in police forces, said the system would have to be built on an unprecedented scale because no country had a population as big as China’s.

The system was being developed for security and government uses such as tracking wanted suspects and public administration, he said.

Commercial application using information sourced from the database will not be allowed under current regulations.

“[But] a policy can change due to the development of the economy and increasing demand from society,” Chen said.

Giving commercial sectors access to the database under proper regulation would create new business opportunities by helping to improve customer service, he said.

With a smile or blink of the eyes to a camera, students can now enter their university halls, travellers can board planes without using a boarding pass and diners can pay for a meal at KFC.

Some other restaurants have even offered discounts to customers based on a machine that ranks their looks according to an algorithm. Customers with “beautiful” characteristics – such as symmetrical features – get better scores than those with noses that are “too big” or “too small” and those that get better scores will get cheaper meals.

Some public lavatories in Beijing also use facial recognition so that the automatic dispensing machines will deny toilet paper to people who ask for it more than once within a given period.

Facial recognition could supersede other personal identification methods that are used to make payments such as scanning fingerprints or QR codes on a mobile phone.