|
They chanted, “What do we want? Green New Deal! When do we want it? Now!” This radical global group, Extinction Rebellion, now has chapters in 45 countries, all calling for the Green New Deal. ⁃ TN Editor

On Tuesday evening, members of the Washington, D.C., chapter of Extinction Rebellion superglued themselves to each other and to the passages connecting the Capitol to the Rayburn and Cannon office buildings, where House members have their offices. The protesters, who are part of an international group that uses nonviolent civil disobedience tactics to advocate for action on climate change, aimed to confront House members on their way to floor votes.

Many of the protesters, who did not expect the protest to last longer than 15 minutes, remained glued for more than two hours, alongside dozens of demonstrators who rallied as a distraction. They wore signs over their shirts that said “Declare Climate Emergency” and chanted: “What do we want? Green New Deal! When do we want it? Now!” Capitol police asked bystanders and reporters to move back and, after three warnings, kicked everyone out — except, of course, those who were glued. They arrested 13 activists, according to Extinction Rebellion, around 8:30 p.m.

Members of Congress, for the most part, ignored the protesters. Rep. Jim Banks, R-Ind., former vice chair of the House Subcommittee on Environment, mocked the group on Twitter, posting a video of himself appearing to duck under a protester’s arm to get through with the note, “…Supergluing yourself to a door is a very dumb way to protest.”

The climate activism group, which was formally launched in the United Kingdom last October and has iterations in 45 countries, uses disruptive acts of civil disobedience to call on lawmakers around the world to treat the climate crisis with the urgency it deserves. They’ve blocked traffic, stood on trains, staged “die-ins,” climbed buildings, and gotten half-naked. Because the group has no single leader, there’s no good estimate of how big the movement is in the United States, but the demonstrations it’s held in New York City have attracted hundreds.

Extinction Rebellion U.S. has four demands, which include the reduction of carbon emissions to net zero by 2025 and the creation of a citizens’ assembly to oversee the “bold, swift and long-term changes necessary” to tackle the crisis. On Tuesday, protesters were specifically calling for the immediate passage of the joint resolution for the U.S. to declare the climate crisis an official emergency. 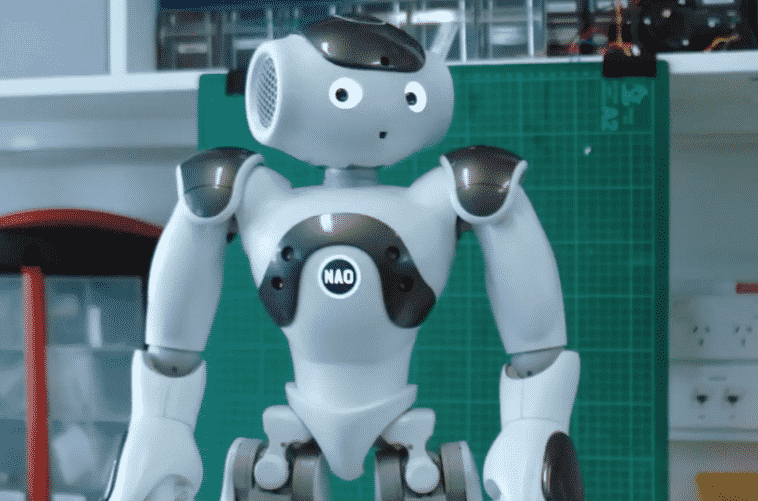 Let the battle begin over the color of robots. Charges of racism, counter-charges, lawsuits and label-lynching will be made against racist robots of certain colors. The world has gone mad. ⁃ TN Editor

If you do a quick Google search for ‘robot,’ you’ll be faced with a wall of white robots. According to a recent study called “Robots and Racism,” human’s tendency to stereotype racial bias is seeping into the world of robotics.

Research by the Human Interface Technology (HIT) Lab in NZ found that the colors of a robot — white and black — have a social cue that results in how people interact with and respond to them. The results suggest that people perceive robots with anthropomorphic features to have a race, and therefore, the same race-related prejudices that humans experience extend to robots, too.

The study’s findings were based on a shooter bias test, in which participants were asked to perceive threat level based on a split-second image of various black and white people, with robots occasionally popping up — it found that black robots that posed no threat were shot more than white ones.

“Robots and Racism” was led Dr. Christoph Bartneck, a professor at the HIT lab. Although there’s no denying that racial bias occurs in every aspect of human life, Bartneck was nonetheless surprised by the study’s findings. “Of course, robots are not humans,” Bartneck told TNW. “Moreover, people barely had any opportunity to form prejudices against certain groups of robots — the power of the human mind to anthropomorphism is amazing.”

According to Bartneck, the only thing that would motivate people’s bias against robots is their inherent bias towards human groups, whether they’re aware of it or not. Bartneck explained: “The bias against black robots is a result of bias against African Americans.”

We see ourselves in robots — they sound human, they mimic human movement, and they experiment with human emotion. Because of this, Bartneck said: “Human shaped robots should represent the diversity of humans, it would be weird if all robots in Africa were white.” Bartneck argued that the creators behind robots are diverse but still, they seem to think robots should be white. 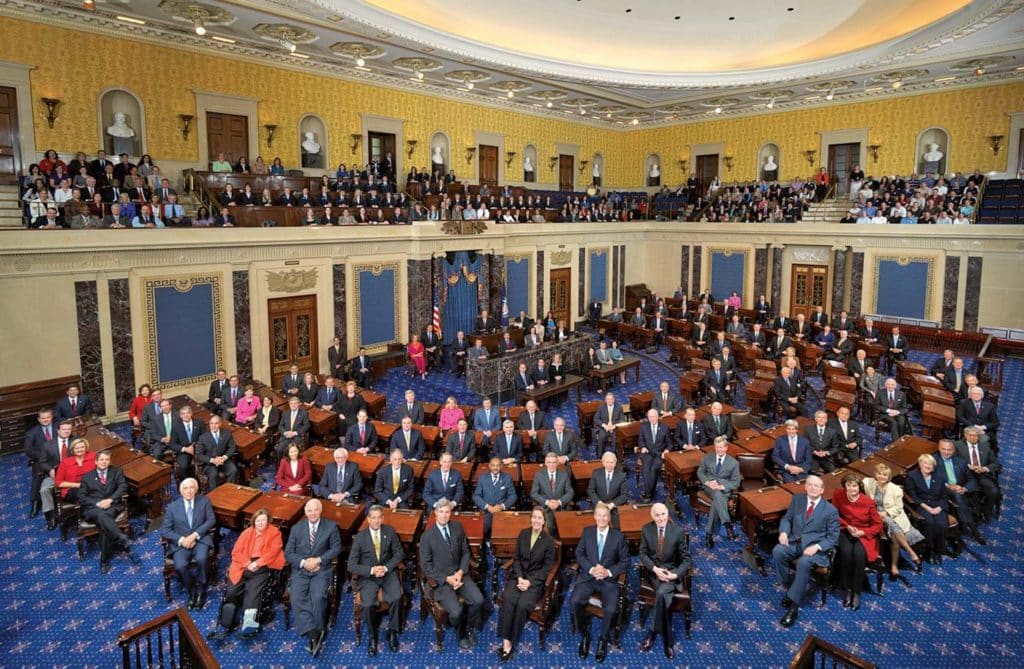 Cities across America have gone overboard on the UN’s push for ‘resiliency’, driven by panic over climate change. This pushes them all closer to calling for the Green New Deal. ⁃ TN Editor

A committee of 10 Democrats promised to continue studying climate change, holding more hearings and fostering partnerships with governments at all other levels as well as the private sector.

Pittsburgh Mayor Bill Peduto this week called for a “Marshall Plan for the Midwest” and a national challenge to fight climate change, while Honolulu Mayor Kirk Caldwell separately urged the creation of a federal department focused on resiliency.

The pair joined other mayors on Capitol Hill on Wednesday to testify before the first hearing of U.S. Senate Democrats’ Special Committee on the Climate Crisis.

Peduto said the plan would help every city and town left behind by the changing economy to create programs and jobs in renewable energy, build a cleaner economy and address the intersection of climate change and inequity.

“What needs to happen is there need to be federal programs created that aren’t just looking at how much our carbon reduction is, but what the economic benefit will be, what the opportunities for employment will be, how this will help areas that have been left behind,” Peduto said.

The partnerships and collaboration harnessed by the U.S. Department of Transportation’s (USDOT) Smart City Challenge, won by Columbus, OH in 2016, could serve as a model for the battle against climate change, Peduto said.

He added that giving cities and regional groups the opportunity to compete for grant money could be further incentive to look to the future under a contest that could involve “[coming] up with what the next area of transportation will look like that would benefit the planet and people and others, and then forcing us to create partnerships within our own cities to be able to look at a $50 million grant.”

Caldwell and Peduto testified before the committee alongside St. Paul, MN Mayor Melvin Carter, Atlanta Mayor Keisha Lance Bottoms and Portland, OR Mayor Ted Wheeler, addressing cities’ efforts to battle climate change in the face of the federal government’s inaction on the issue.

Government scientists and the United Nations’ Intergovernmental Panel on Climate Change (UN IPCC) have warned that time is running out for the world to act on climate change. But the onus has been on action at the local level after President Trump withdrew the United States from the Paris climate accord and rolled back numerous environmentally-friendly regulations.