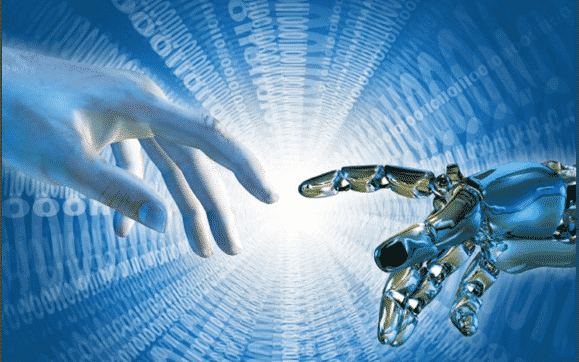 Please Share This Story!
PDF 📄
I have long stated that the goals of Technocrats and Transhumanists are laced with pure fantasy, and will never be achieved as they envision. The ‘soul’ of man will never be downloaded into a computer. Robots more intelligent than man will never roam urban landscapes. This leaves them with the option of faking it, which they are already becoming proficient at. ⁃ TN Editor

Elon Musk famously equated Artificial Intelligence with “summoning the demon” and sounds the alarm that AI is advancing faster than anyone realizes, posing an existential threat to humanity. Stephen Hawking has warned that AI could take off and leave the human race, limited by evolution’s slow pace, in the dust. Bill Gates counts himself in the camp concerned about super intelligence. And, although Mark Zuckerburg is dismissive about AI’s potential threat, Facebook recently shut down an AI engine after reportedly discovering that it had created a new language humans can’t understand.

Concerns about AI are entirely logical if all that exists is physical matter. If so, it’d be inevitable that AI — designed by our intelligence but built on a better platform than biochemistry — would exceed human capabilities that arise by chance.

In fact, in a purely physical world, fully-realized AI should be recognized as the appropriate outcome of natural selection; we humans should benefit from it while we can. After all, sooner or later, humanity will cease to exist, whether from the sun running out or something more mundane including AI-driven extinction. Until then, wouldn’t it be better to maximize human flourishing with the help of AI rather than forgoing its benefits in hopes of extending humanity’s end date?

As possible as all this might seem, in actuality, what we know about the human mind strongly suggests that full AI will not happen. Physical matter alone is not capable of producing whole, subjective experiences, such as watching a sunset while listening to sea gulls, and the mechanisms proposed to address the known shortfalls of matter vs. mind, such as emergent properties, are inadequate and falsifiable. Therefore, it is highly probable that we have immaterial minds.

Granted, forms of AI are already achieving impressive results. These use brute force, huge and fast memory, rules-based automation, and layers of pattern matching to perform their extraordinary feats. But this processing is not aware, perceiving, feeling, cognition. The processing doesn’t go beyond its intended activities even if the outcomes are unpredictable. Technology based on this level of AI will often be quite remarkable and definitely must be managed well to avoid dangerous repercussions. However, in and of itself, this AI cannot lead to a true replication of the human mind.

Full AI – that is, artificial intelligence capable of matching and perhaps exceeding the human mind — cannot be achieved unless we discover, via material means, the basis for the existence of immaterial minds, and then learn how to confer that on machines.  In philosophy the underlying issue is known as the “qualia” problem. Our awareness of external objects and colors; our self-consciousness; our conceptual understanding of time; our experiences of transcendence whether simple awe in front of beauty or mathematical truth; or our mystical states, all clearly point to something that is qualitatively different from the material world. Anyone with a decent understanding of physics, computer science and the human mind ought to be able to know this, especially those most concerned about AI’s possibilities.