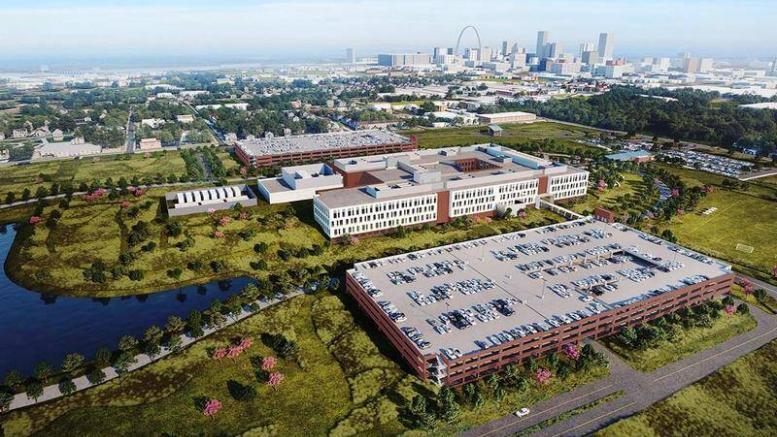 Please Share This Story!
PDF 📄
Bayer, a company completely given over to Sustainable Development, is making its entry into the intelligence world by investing in a geospatial innovation center in St. Louis. GEOINT means real-time tracking of everything that moves. ⁃ TN Editor

Sledgehammers breaking through a mock wall signaled the construction start of the new “Geosaurus, Powered by Bayer” Innovation Resource Center at T-REX, a St. Louis based advanced technology incubator.  Geosaurus will serve as the latest pillar in St. Louis’ efforts to become the global leader in geospatial intelligence, excellence and expertise.

Last year, T-REX was awarded a $500,000 grant from Bayer to support the creation of a new geospatial innovation space that would be located inside the nonprofit’s downtown St. Louis building. To accommodate “Geosaurus, Powered by Bayer”, crews are renovating T-REX’s entire 14,760-square-foot fourth floor.

With an emphasis on entrepreneurship, innovation, workforce development, partnerships with area universities and training programs, Geosaurus will provide collaborative content and programming for advancing the geospatial industry. It will also become a talent pipeline for companies like Bayer and the National Geospatial Intelligence Agency, which is relocating its Washington, D.C. headquarters to a site that is less than two miles away from T-REX. By 2026, it’s estimated that companies operating within the “Geosaurus, Powered by Bayer” Innovation Resource Center will create more than five thousand new geospatial industry jobs and generate more than $500 million in economic growth for the St. Louis region.

“St. Louis has so many incredible geospatial resources across the region, and Geosaurus will be the thread that connects them,” said Patricia Hagen, President and Executive Director of T-REX. “This is where innovations will be fostered; talent will be cultivated and partnerships will be formed.”

T-REX is home to more than 200 companies, including those focused on geospatial intelligence such as Geodata IT, SAIC, Optimal Geo, UNCOMN and Boundless, which Bayer began a collaborative relationship with in 2017 to coordinate open source geospatial code to the Free and Open Source Software for Geospatial (FOSS4G) community.

“Geospatial intelligence is becoming a high priority for agriculture as well as other industries that rely on highly technical and precise mapping data,” said Al Mitchell, Vice President of Corporate Engagement for Bayer. “Bayer is excited to partner with T-REX in the development of Geosaurus, which will help to further define St. Louis as an innovation and technology hub.”

One of the first companies moving into Geosaurus will be the Combatting Wildlife Trafficking Geo-Analytic Hub, which is working to harness geospatial analytics and predictive modeling for efforts to stop global poaching.