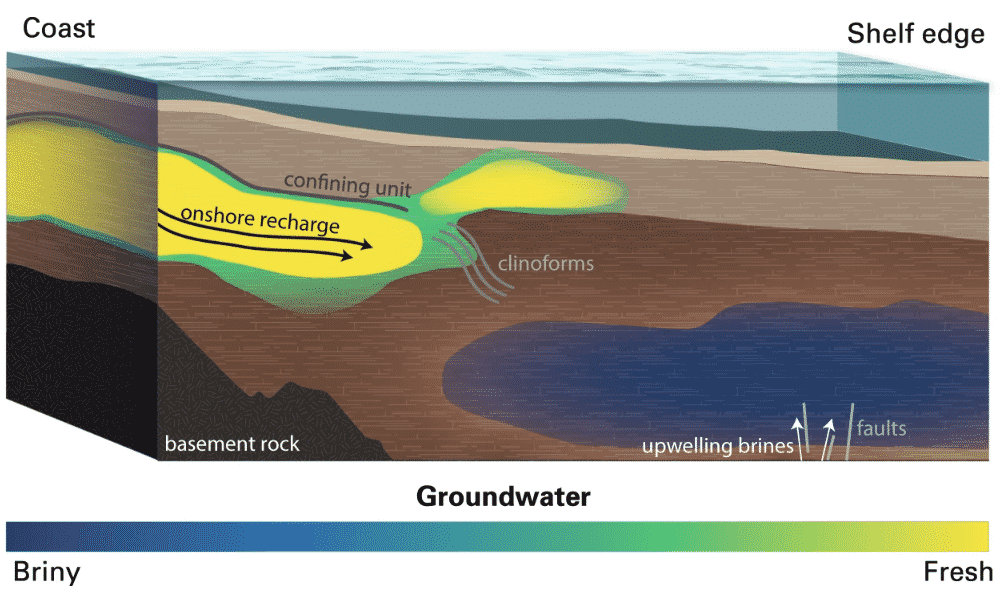 There has never been a global shortage of water, but geologists have discovered virtually unlimited near-fresh aquifers underneath the oceans. One such structure off the East Coast contains more than 2.8 trillion tons of water.

The United Nations states that “Water scarcity already affects every continent,” and of course, the shortage is blamed on global warming. Instead of creating artificial shortages, mankind should be thanking the earth for its abundance of resources. ⁃ TN Editor

Low-salinity submarine groundwater contained within continental shelves is a global phenomenon. While low-salinity groundwater is thought to be abundant, its distribution and volume worldwide is poorly understood due to the limited number of observations.

The data suggest a continuous submarine aquifer system spans at least 350 km of the U.S. Atlantic coast and contains about 2800 km3 (2.8 trillion tons) of low-salinity groundwater. The findings can be used to improve models of past glacial, eustatic, tectonic, and geomorphic processes on continental shelves and provide insight into shelf geochemistry, biogeochemical cycles, and the deep biosphere.

This could be a significant resource with potential for future offshore groundwater production. Given the 90 km offshore extent, 350 km distance between profiles, about 200 m thickness and 45% average porosity, we estimate the aquifer system contains at least 2800 km3 of water with salinity less than 15. If we consider the potential northeast and southwest extensions beyond our profiles, there may be several times more groundwater underlying the northeast portion of the U.S. Atlantic continental shelf, representing a freshwater resource that rivals the largest onshore aquifers. Utilization of such groundwater would require desalinization and effects such as upconing should be considered prior to extraction. 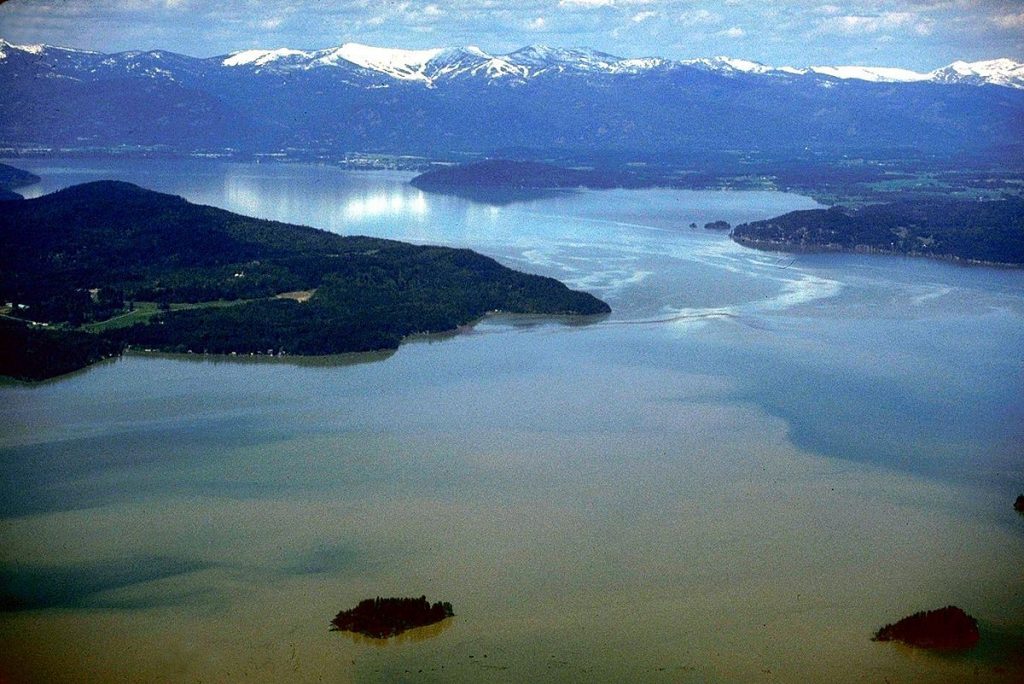 Scientists: World Cities Should Prepare For Running Out Of Water

Another catastrophic prediction by Technocrat scientists who have no concrete evidence whatever to make their case, and yet the answer is that governments and the UN must tightly control and allocate the remaining water. If it isn’t a global pandemic, global warming or global water crisis, it would be something similar. ⁃ TN Editor

Originally projected for this year, the impending crisis has been delayed in part by severe measures — the city instituted restrictions that amount to less than one sixth of an average American’s water consumption. Yet despite that effort, “Day Zero” is still projected to arrive next year.

And when it comes, the crisis will see the government switching off all the taps and rationing the resource through collection points.

It may be hard to fathom just how cities could be at risk of a water scarcity crisis when approximately 70 percent of the world is made up of the resource. The stark reality, however, is that the percentage of fresh water probably only amounts to about 2.5 percent, according to often-cited assessments.

Even then, a significant supply is locked up in ice and snow, which means just 1 percent of all fresh water is easily accessible to the global population.

Inequality in access to water is also quickly becoming a problem. While the affluent can find ways to get access to water— through deliveries or in-built tanks — poorer populations are left to their own devices.

That situation oftentimes leads to water theft — for profit, for survival, or for both.

A nation’s development has frequently come at the cost of undercutting its sources of clean water, Betsy Otto, director of the World Resources Institute’s global water program told CNBC.

“For example, quite a bit of scientific evidence has shown that deforestation changed the hydrological cycle in the Amazon,” she said.

Although water scarcity is a very real and pervasive problem, experts said most cities are not immediately at risk of running out of water.

Still, it is extremely important that water scarcity is acknowledged as a global problem because cities should begin working on unique solutions to local problems now, according to Rebecca Keller, a senior science and technology analyst at intelligence firm Stratfor

“It won’t be the same exact scenario that Cape Town is facing,” Keller said. “It might be pollution, drought, drier climates or significant population growth.”

The troubles faced by Cape Town should serve as a “wake-up call” for other countries about the realities of increasing water stress, Otto said.

Water stress occurs when demand for the resource exceeds the available supply. It taxes the reserves and may lead to deterioration of fresh water resources.

In recent years, California faced a drought that lasted years, Australia survived the millennium drought, and Sao Paulo faced a water shortage crisis in 2015 due to both drought and inefficient infrastructures.

Otto summed up the global state of preparedness for water scarcity, saying: “We’ve either under-invested in measures or allowed existing structures to fall apart.”

The United Nations’ 2010 recognition of water as a human right has complicated the issue of water theft, said Vanda Felbab-Brown, a senior fellow in the foreign policy program at think-tank the Brookings Institution.

“The right to water does not mean the right to free water,” Felbab-Brown explained, saying many people had misunderstood the UN. “In the same manner that people have to pay for food, they should expect to pay for safe water.”

That sentiment hasn’t stopped outright water theft on a large scale in countries like Brazil, India and Mexico. Companies and individuals illegally tap into pipelines and reservoirs, or they find other ways to avoid water meters.