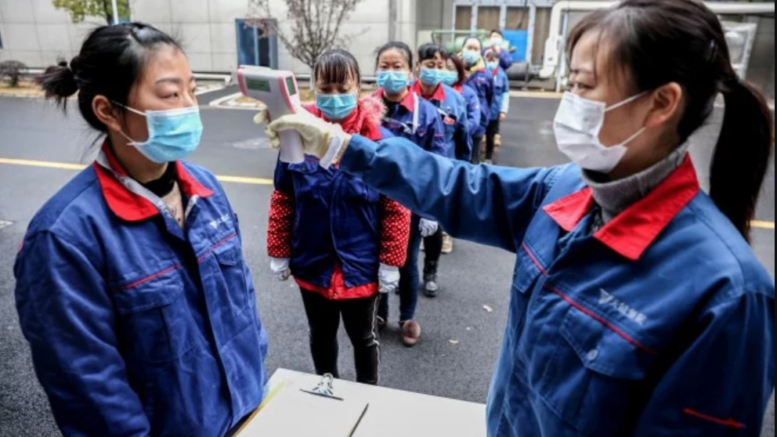 Please Share This Story!
PDF 📄
China’s Technocracy failed to keep coronavirus in the laboratory, but now throws more technology at their problem now that it is at epidemic levels: namely, surveillance plus AI to automate and herd individual quarantine. ⁃ TN Editor

The Chinese government is using the massive amount of data it has collected to categorize people according to their likelihood of infection by the new coronavirus. But some people say they have been incorrectly tagged and forced into quarantine.

On Valentine’s Day, a 36-year-old lawyer in eastern China discovered he had been coded “red.”

The lawyer, Matt Ma, was effectively put in chains. The color, displayed in a payment app on his smartphone, indicated that he needed to be quarantined at home even though he was not sick.

Without a green light from the system, he could not travel from his home village to the eastern city of Hangzhou, or make it past the checkpoints that have sprung up across the city as a measure to contain the new coronavirus.

Ma is one of the millions of people whose movements are being choreographed by the government through software that feeds on troves of data and spits out orders that effectively dictate whether they must stay in or can go to work.

Their experience represents a slice of China’s desperate attempt to stop a devastating contagion using a mixed bag of cutting-edge technologies and old-fashioned surveillance. It was also a rare real-world test of the use of technology at a large scale to halt the spread of communicable diseases.

“This kind of massive use of technology is unprecedented,” said Christos Lynteris, a medical anthropologist at the University of St Andrews who has studied epidemics in China.

But Hangzhou’s experiment has also revealed the pitfalls of applying opaque formulas on a large population.

In the city’s case, there are reports of people being marked incorrectly, falling victim to an algorithm that is, by the government’s own admission, not perfect.

The rating system that snagged Ma is known as Health Code and can be accessed through the Alipay payment app. It was developed by Ant Financial, an affiliate of e-commerce giant Alibaba, and local authorities of Hangzhou, home to many of China’s biggest tech companies. (Alibaba also owns Inkstone.)

It was launched last week as millions of Chinese people began returning to work after a Lunar New Year holiday that was extended by the coronavirus epidemic.

The color code is the result of an automated analysis that uses what Chinese officials have called “big data” to identify potential carriers of the coronavirus as the country gets back to work.

Chinese official state media has reported that the system covers three provinces – Zhejiang, Sichuan and Hainan – and the municipality of Chongqing with a total population of nearly 180 million, and will soon cover the entire country.

In Hangzhou, where the system was first launched, the city’s deputy Communist Party chief Zhang Zhongcan said the software takes into consideration one’s self-declared health status, travel history and the people they have been in close contact with.

The city has assigned every resident one of three colors – green, yellow and red – indicating different levels of risk the person poses to public health. 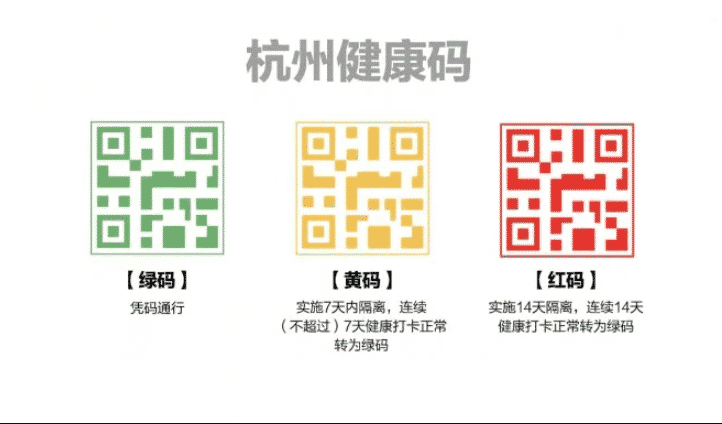 People with QR codes colored in red are not allowed to enter public venues such as subway stations, restaurants and shopping malls for at least 14 days. Workers at those places are able to scan the QR code to verify the users’ identity. Yellow code holders face similar restrictions, but for seven days.

Among the 7.6 million Hangzhou residents who had obtained the digital health certification by February 17, 93% were marked “green,” while 4%, or about 335,000 people, got the red code.

Not everyone is happy with the ratings they got. On China’s Twitter-like Weibo, many holders of the red tag have complained that they don’t know why they have been rated as high risk and prevented from going out.

Some said their code turned red after they ticked “stuffy nose” or “fatigue” on the system’s health declaration form, even though the symptoms are common and could have nothing to do with the coronavirus.

The online critics have compared the color codes to “certificates of good conduct” or a “caste system.”