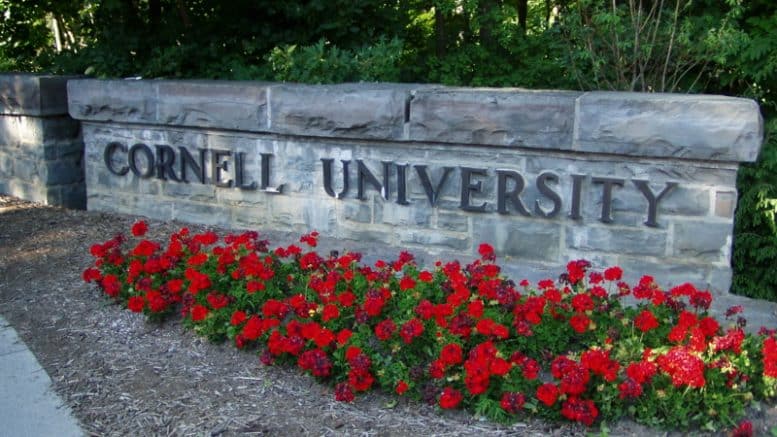 Prestigious institutions of higher education are full of Technocrats who have hijacked the system to promote their pseudo-science climate belief system. These Technocrats are a tiny minority but they have risen to positions of influence. ⁃ TN Editor

A new seminar at Cornell University is determined to shut down “climate denialism,” claiming that there is “mounting evidence” that “global warming is real.”

Deranged Authority: The Force of Culture in Climate Change, worth four academic credits, is set to be taught in the Fall 2018 semester by cultural anthropologist Jennifer Carlson.

“The point of such courses…is to replace science with belief.” Tweet This

The course description asserts that “climate denialism is on the rise,” suggesting the increase is related to the rise of “reactionary, rightwing [sic] politics in the United States, UK, and Germany.” The proposed solution to combat such denialism and assumed ignorance is “climate justice,” even though over 30,000 scientists reject global warming alarmism.

Richard Lindzen, MIT emeritus professor of meteorology and a senior fellow at the Cato Institute, found the course “an insult to the intelligence of the students.”

He clarified to Campus Reform that many scientists do not argue against slight warming of the Earth after the Little Ice Age (the unusually cool period of the Earth around the 1700s A.D.), nor do those critical of anthropogenic climate change argue that humans have made no impact on the planet, merely that the effect has been small and largely beneficial.

“The point of such courses as are proposed for Cornell, is to replace science with belief,” Lindzen argued, adding that students are “encouraged to replace understanding with virtue signaling.”

Course readings will focus on the question of “authority” in the field of climate science, exploring “climate research, popular environmentalist texts, and industry campaigns aimed at obfuscating evidence of ecological collapse.”

Wow! How does someone like Jennifer Carlson, who has no academic training in atmospheric science or any other discipline related to understanding the behavior of the earth’s atmosphere now claim to be a teaching authority about this and has the gall to lecture those that do and who understand the issues and side with those whose only “authority” is to claim “consensus” of opinion which actually doesn’t exist as she claims? The corruption of science lies with this fake “consensus” and with those like Carlson who are promoting unproven and in many cases disproven concepts which falsify her claims and… Read more »