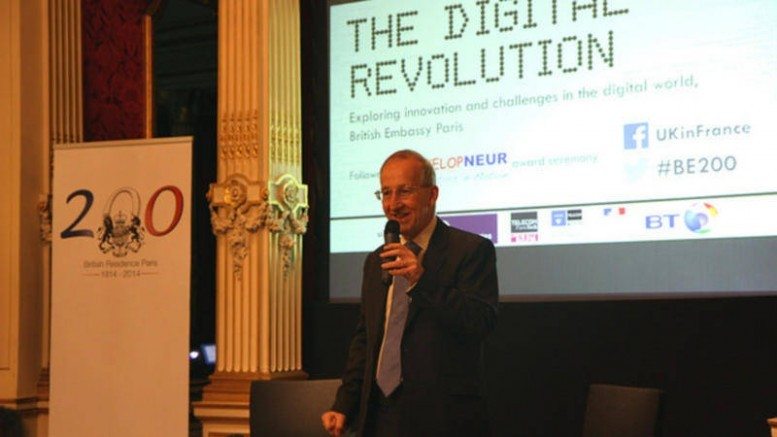 This article from Europe mentions Technocracy or Technocrats eight times, showing the fallacies of the Technocrat approach to life and society. Simply put, Technocrats should never speak for humanity. ⁃ TN Editor

Only human beings, with values, principles, knowledge in a variety of non-technological fields can recognise the inherent biases and societal problems that lie hidden in “neutral” algorithms and technology, writes Martin Schmalzried.

Digitalisation, innovation, science, technology, “Europe is lagging behind”… The headlines have been piling up for years about Europe “missing the Digital revolution” and the need to invest heavily in these areas, all of which, of course, will solve a myriad of societal problems: Fintechs will promote financial inclusion, self-driving cars will slash road fatalities, “smart” healthcare will prevent diseases and save lives, predictive policing will enhance safety and security, machine learning will profoundly transform our societies including the world of work.

And then you hear from the party-poopers, warning about an Orwellian/dystopian future ruled by machines, standing between Europe and economic growth, jobs, wealth creation, and of course, killing people who could be saved by the technologies they are currently stalling.

In many ways, this chasm can be explained between on the one hand, those who believe that everything can be quantified and objectified, leading to “informed” decisions based on strict “impact assessment” or “cost-benefit” analysis i.e. the technocrats, and on the other hand, those who believe that human decisions based on principles, values, ideologies and debate are the foundation upon which our societies are built and cannot be replaced by science alone i.e. the democrats. It is about time to defeat the technocrats once and for all.

First, let us look at the “economic growth” claim. Measuring productivity growth and GDP, the technocrats have a solid case for claiming that innovation and technology have enhanced both.

Looking at real mean household income by quintile in the US, however, paints another picture.

Except for the top quintile, real household income has stagnated since the 1960s. In short, the economic benefits from innovation and technology have ended solely in the pockets of the wealthiest few. And so the obvious question is: how should we redistribute the benefits and wealth generated from innovation?

Second, let us examine the “saving lives” claim. This is more generally linked to the attempt, by technocrats, of emptying their actions by instrumentalising core values and principles such as human rights in order to justify their actions. But their selective application easily reveals the hidden intentions, usually massive profits. Historical examples include the tobacco industry, which produced scientific evidence downplaying the impact of smoking on health.

The same can be said about climate change pseudo-research funded by fossil fuel energy companies. In these cases, science was and still is instrumentalised to block much necessary political action, which is directly linked to the necessity to root all political decisions on scientific grounds as opposed to taking political decisions based on precautionary principles. Looking at current dilemmas surrounding technology, technocrats are incapable of answering, at least in a humanly acceptable way, the sensitive trade-offs of technology.

The much-discussed question “In a situation where a self-driving car has to sacrifice its passengers or pedestrians, who should the self-driving car kill?” is a case in point. Whatever the decision, it cannot be answered by technology. The same goes for healthcare. Most certainly, if we monitor via implants a plethora of medical indicators of all human beings on earth, we will be able to prevent a large scale of deaths. Taking such technology to the extreme, we may even decide to seclude humans into giant inflated bubbles which protect them from anything including accidental injury or exposure to bacteria and viruses.

And again, this is where technocracy fails as it has no ready answer on how to balance the desires of humans for freedom, risk taking, being masters of their own destiny and their desires for security, safety and their fear of death. Of course, many technocrats will attempt at answering on behalf of humanity, as it could save millions (in healthcare spending, or push higher risk premiums on humans living risky lifestyles) of lives.

Finally, let us look at whether the “evidence” is really scientifically accurate. Predictive policing is probably the easiest way to illustrate the fundamental flaws in relying on technocrats. What does predictive policing tell us? That black/Latino/brown people are more likely to commit crimes? Or that people who come from a deprived family, working two jobs to make ends meet, have suffered from discrimination, and grew up in a deprived neighbourhood, are more likely to commit crimes?

That distinction is extremely important as in one case, the policy response might be to increase policing and throw any criminal into jail, whereas in the latter case, it would require heavy investment in job creation, refinancing schools, investing in urban development and fighting discrimination.

Only human beings, with values, principles, knowledge in a variety of non-technological fields such as sociology, history, psychology or philosophy, can recognise the inherent biases and societal problems that lie hidden in “neutral” algorithms and technology. These are the “real” skills that will be needed for steering the digital revolution towards achieving the common/public good.