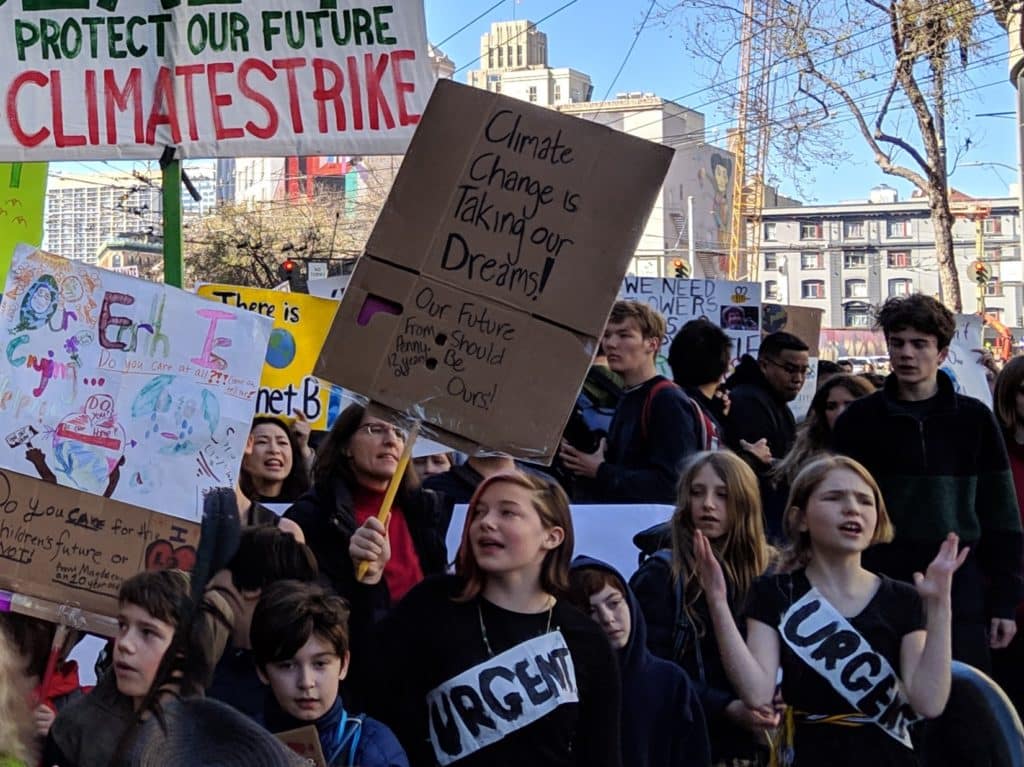 While the public is expected to believe the global climate strike was a grass roots movement of young students, the reality, funding and organization is far from youth-driven; rather, it is a massive and purposefully deceptive manipulation. ⁃ TN Editor

While 16-year-old Greta Thunberg has become the face of the climate strike movement, it’s no longer gatherings of children. A litany of well-funded, left-wing activist groups have partnered to generate a week of climate protests known as the “Global Climate Strike:” Sept 20, through 27, bookending the U.N. climate conference.

At least 22 of those partners have been funded by liberal billionaire George Soros who spends nearly $1 billion a year on groups pushing a variety of left-wing causes. Together, 22 organizations listed as international or North American partners of the Global Climate Strike received at least $24,854,592 from Soros’ Open Society Network between 2000-2017.

The liberal media celebrated Thunberg’s arrival in New York and the global protests held Sept. 20, and will likely to do the same for the second round. ABC’s Maggi Rulli shrieked, “Now, look at what her movement has become!” MSNBC even promoted grotesque gestures such as German protesters “simulated hangings.” calling it a “striking visual message to push for action.” Berliners stood on ‘ice blocks with nooses around their necks. A stark call for change before it’s too late,” reported MSNBC’s Yasmin Vossoughian on Sept. 20. 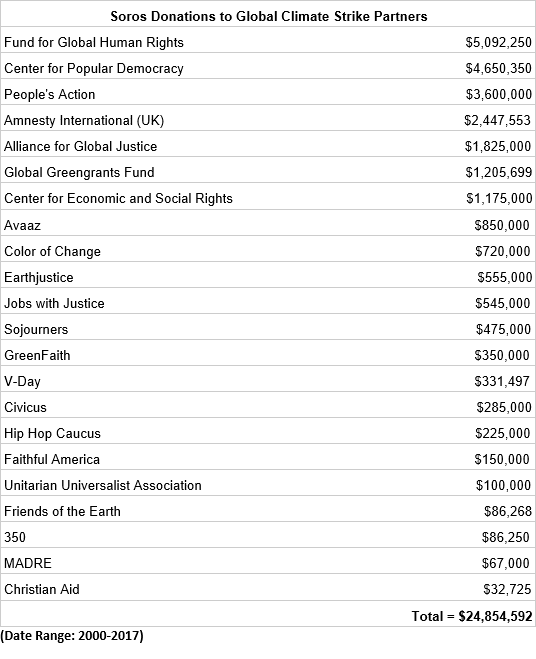 Strikes are scheduled in 150 countries for Sept. 27. Undoubtedly, the promotion and partnership of hundreds of liberal groups including 350.org (which hosts the Global Climate Strike website), EarthJustice and Friends of the Earth helped the strikes balloon in size. The Sept. 20, strikes drew around 4 million activists, with 2,500 protests scheduled in 163 countries around the globe, according to Vox. Democratic candidate Tom Steyer’s NextGen America was also a partner, along with the Sierra Club which has gotten millions from former Mayor Michael Bloomberg.

Eco-doomsayer Bill Mckibben founded 350 in 2008. The name of the organization comes from its desired carbon emissions goal of less than 350 parts per million — current emissions levels are already at 415 ppm. McKibben’s past climate predictions were so extreme even Scientific American called him out in 2011, for being “overheated” and”fear-mongering.” The group fought against coal power in India, tried to stop the Keystone XL pipeline in the U.S. and has promoted fossil fuel divestment.

Known more for its pro-abortion, pro-gun control, LGBTQ rights advocacy and opposition to Israel, Amnesty International was another Soros-funded strike partner. Its website confirmed it “will be taking part in the climate strikes,” because “Human rights are intimately linked with climate change because of its devastating effect on not just the environment but our own wellbeing.”

Lesser-known group, Avaaz is a “global ‘e-advocacy’ nonprofit organization whose chief function is to promote leftwing political agendas through Web-based movement-building and campaigns,” according to Discover The Networks. One Avaaz campaign gathered petition signatures to bring the world’s societies and economies to 100 percent clean energy by 2050.