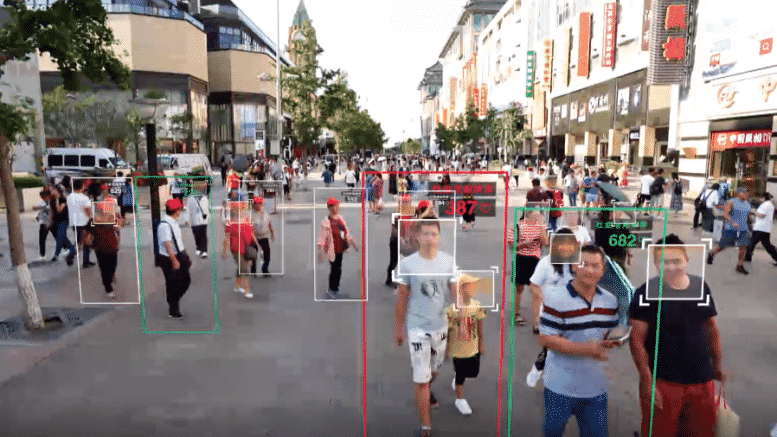 Social Engineering is the plain objective of China’s massive surveillance industry, which should be expected in a nation run by Technocracy. This camera explodes surveillance to a new level. ⁃ TN Editor

Scientists have unveiled a 500 megapixel cloud camera system in China that they say is capable of capturing the facial details of each individual in a crowd of tens of thousands of people, raising fears facial recognition monitoring could soon reach a new level.

The camera, which was revealed at China’s International Industry Fair last week, was designed by Fudan University and Changchun Institute of Optics, Fine Mechanics and Physics of the Chinese Academy of Sciences.

All this means it can detect and identify human faces or other objects and instantly find specific targets even in a crowded stadium, Xiaoyang Zeng, one of the scientists who worked on the new technology, explained to reporters at the exhibition display.

He said this device — dubbed the “super camera” by local media — can capture both still images and record video.

“The challenge for a camera of this scope, especially in a cloud-led AI environment is the quantity of data that’s needed to shuffle around for identification; as you raise the detail level of each image as the Fudan University scientists have done, you seriously raise the size of the files — especially for video — a substantial amount,” Kidman said.

“The serious technical challenge — leaving privacy concerns aside for a second — is in uploading that data and parsing it in a sensible timeframe for the kinds of applications they’re talking about, especially wirelessly.”

The capacity of such a camera has also raised concerns about privacy in a country already criticised for heavily monitoring its citizens.

“The Party-state has massive databases of people’s images and the capability to connect them to their identity, so it isn’t inconceivable that technology like this is possible if not now then in the future,” Samantha Hoffman, an analyst at the Australian Strategic Policy Institute, told the ABC.

Local media reported that the camera has received a mixed response from Chinese experts with some lauding the invention for its military and national security applications, while others voiced privacy concerns.

For the past few years, China has been developing a Social Credit System intended to be rolled out nationwide which assesses citizens and businesses by economic and social reputation.

Social credit is like a scorecard for each of China’s 1.4 billion citizens and millions of businesses.

Just this month, China announced plans to push ahead with a corporate ranking system that will affect 33 million companies.

The system for citizens is designed to value and engineer better individual behaviour by awarding the trustworthy and punishing the disobedient.

Top “citizen scores” can earn VIP treatment at hotels and airports, cheap loans and a fast track to the best universities and jobs.

Those with lower scores can be banned from travel, or barred from getting credit or government jobs.

The system is enforced by surveillance cameras equipped with facial recognition, body scanning and geo-tracking to cast a constant gaze over citizens.

The new 500 megapixel camera could make that process much more efficient.

At the expo, Mr Zeng explained that while other cameras were capable of filming thousands of people at once in a wide frame, each face is represented by only a few pixels, which means “you couldn’t clearly see your targeted person at all”.