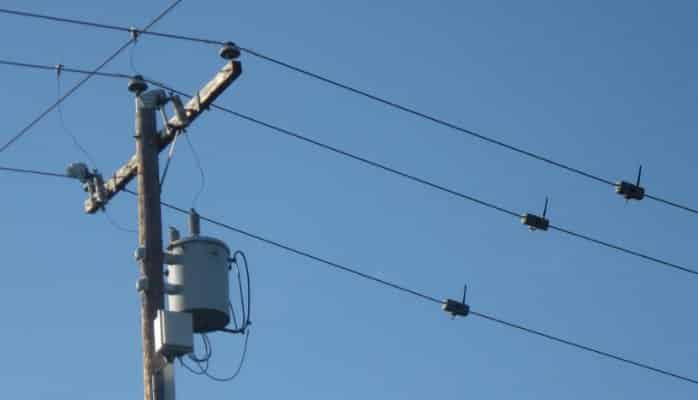 Please Share This Story!
PDF 📄
Controlling energy distribution and consumption has been a core objective of Technocracy since the 1930s, and remains so today. According to Technocracy, energy will one day supplant global currencies as a means of exchange. ⁃ TN Editor

Advancement in measurement science and standards for smart grid technologies is resulting in increasing expenditure on research and development. These new methods and standards are being developed to enhance the potential of smart grid sensors. Demand for these grid sensors is increasing and thus, innovation in the technology for grids is necessary. This is one of the driving factors for the growth of the smart grid sensor market in the region. For instance, Emera Inc., which is a utility service company based in Canada, is investing US$ 6.2 million in setting up a research center for smart grid technologies at the University of New Brunswick.

Extreme weather conditions is one of the leading cause for power outage in the North America region. Several power companies in the country feel that extreme weather events are driving growth of the smart grid sensor market. Heat waves, blizzards, hurricanes, and other severe weather events have shown numerous vulnerabilities in the U.S. power grid system by encouraging blackouts and massive power outages throughout the country. The concerns regarding system flaws are increasing and this is resulting in increasing investment in smart grid sensors.

The smart grid is a next-generation power system that is increasingly attracting the attention of government and industries. In smart-grid technology, the utilities play a significant role, which introduces new security challenges that must be addressed. Various issues such as grid instability, utility fraud, and loss of user information and energy-consumption data are hindering growth of the market in the region. For instance, smart meters autonomously collect massive amounts of data and transport it to the utility company, consumer, and service providers. This data includes private consumer information that might be used to infer consumer activities, devices being used, and times when the home is vacant.

Climate change policies and improvements in technology are resulting in electricity generation from low-carbon or no-carbon renewable sources such as solar, wind, and hydro energy. In the U.S., renewable power sources have witnessed a significant increase in the recent past, but the old version of electrical grids are not capable of integrating these into energy use and hence a large amount of potential power is wasted. Due to this, the governments in the region are focusing on upgrading their conventional grids resulting in growth of the smart grid sensor market in the region. In May 2016, The US Department of Energy announced a US$ 220 Mn funding for projects from a host of national laboratories to help upgrade the country’s power grid over the next three years.

Solar photovoltaic distributed generation is gaining momentum in Latin America. In Brazil, the government has set a goal of achieving 3.5 gigawatts of solar capacity by 2023 end. These smaller sources of renewable energy generation are expected to challenge the non-renewable energy sources. Moreover, local governments are initiating solutions by providing electricity to isolated areas. For instance, in November 2016, a solar auction was held in Brazil and the winners obtained a 20-year power purchase contract.