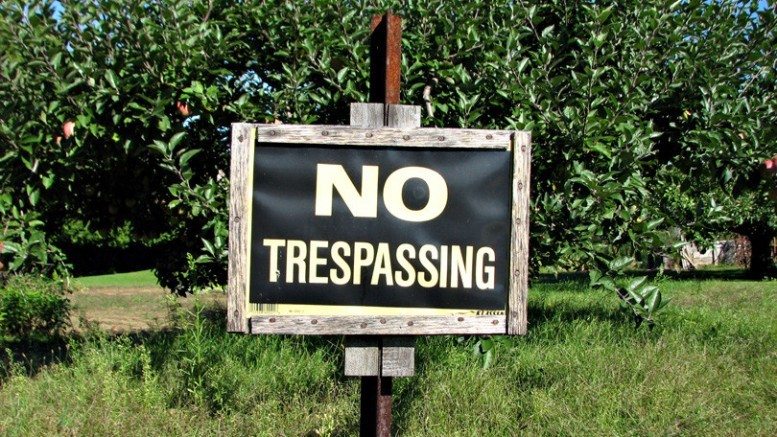 Please Share This Story!
PDF 📄
TN Note: In the quest to drive rural ranchers and farmers off of their land, radical environmentalists have long believed they had the right to trespass, without the property owner’s knowledge, in order to collect evidence of environmental wrongdoing. Such ‘evidence’ was then used to file costly lawsuits against the land owner. Wyoming specifically outlawed this practice but now Wyoming is being sued by the same people to force a reversal.

Two recently adopted Wyoming statutes, designed to protect farmers and ranchers from “environmental monitoring” of their property by green activists, are now being challenged in court by the very group whose actions on private land inspired passage of the laws.

In 2014, over a dozen ranchers sued the Western Watershed Project (WWP), saying the Idaho-based group had repeatedly trespassed on their property despite direct instructions and plainly written signage to stay off private land. According to the lawsuit, WWP’s trespasses began in 2005 and were undertaken under the pretext of gathering water-quality samples to check for pollution.

“Landowners are not comfortable having an extreme biased organization that has not demonstrated the professional qualifications to collect credible data trespassing their lands.” Cheyenne-based attorney Karen Budd-Falen said at the time the suit was filed. The case is still in litigation.

WWP has denied the allegations, claiming that it found elevated levels of E. coli in water samples it tested and submitted to state environmental officials. As a result of WWP’s submissions, three streams near where the samples were taken were listed as “impaired.” However, confirming the assessment of Budd-Falen, state officials later withdrew the designations, saying the data collected by WWP were not credible.

Outrage over widespread reports of trespassing on rural property, together with the dismissal of WWP’s water-quality data by Wyoming officials, prompted legislators last year to pass two new trespassing bills, both of which were signed into law by Republican Gov. Matt mead. “Under the previous trespass laws, the burden was on the landowner to show that people were trespassing and some of our courts were not prosecuting,” Brett Moline, director of public and governmental affairs for the Wyoming Farm Bureau, which supports the new laws, told the Wall Street Journal (Feb.19). Moline says the new laws put the burden on the person collecting data to know when he or she is on private land