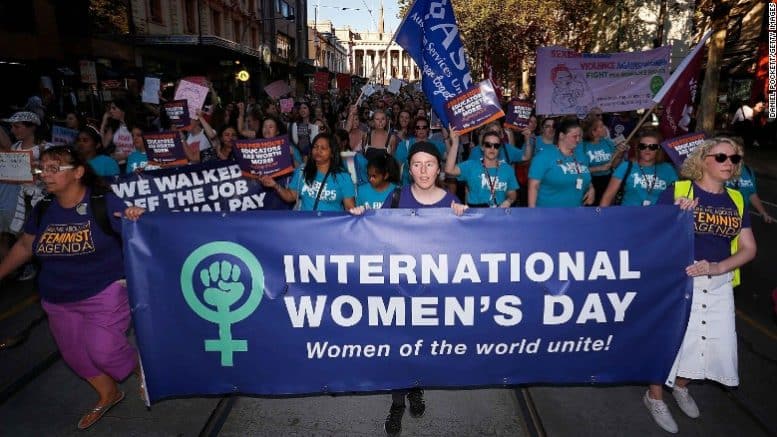 The green economy has thrown its weight behind today’s International Women’s Day, with several leading business figures arguing the world must step up its efforts on gender equality if the fight against climate change is to succeed.

A number of key green voices such as former UN climate chief Christiana Figueres and the Mayor of Paris Anne Hidalgo have contributed to a new book – ‘Why Woman Will Save the Planet’ – in a bid to highlight why tackling climate change and gender equality must go hand in hand.

Paris Mayor Hidalgo, who also currently chairs the C40 Cities group, said contributors to the book were “committed to empower the unstoppable movement of women climate heroes in cities around the world”.

“In order to build the most sustainable, liveable, equal and economically cities of the future, we need more and more women to lead,” she added.

Separately, trade body RenewableUK has also pledged to ensure that at least 30 per cent of the speakers, panellists, and chairs at its events are women, as it gears up to launch a crowd-sourced database of leading women working in the energy sector to assist event organisers in future.

Dubbed the Switch List, the initiative follows research by campaign group POWERful Womenhighlighting that 46 per cent of the top 80 companies across the entire energy sector have all male boards, with only seven per cent of executive board seats occupied by women.

A recent IEMA member survey also found that while the gender pay ga has narrowed slightly in recent years it still stands at 14.1 per cent gender among UK sustainability and environmental professionals.

Emma Pinchbeck, RenewableUK’s executive director, said the trade body was “very proud to support the thousands of talented women working in the renewable energy industry and we believe they should have a platform at events”.

“This is not just because there are brilliant women leaders in the energy sector today, but also because we want talented young people to be able to imagine themselves as leaders, on stages, and in the boardrooms of our exciting industries tomorrow,” said Pinchbeck. “All-male panels neither represent the sector as it wants to be today, nor as it will be tomorrow. There is so much more to be done – but this is a start.”

Earlier this week, the Business and Sustainable Development Commission (BSDC) also lent its support to IWD, releasing a report demonstrating how women’s leadership in business is critical to boosting economic opportunities and performance as well as delivering long term environmental benefits.

The report also argues that gender equality in the workplace can help unlock more than $12tr in new market value linked to the UN Sustainable Development Goals (SDGs). It features interviews with 25 leading senior women from companies including AXA, Mars, Thomson Reuters, and Unilever.

I am so sick and tired of Sustainable This and Sustainable That and women screaming for equality. I wish the United Nations no longer existed! They are trying to run the world.