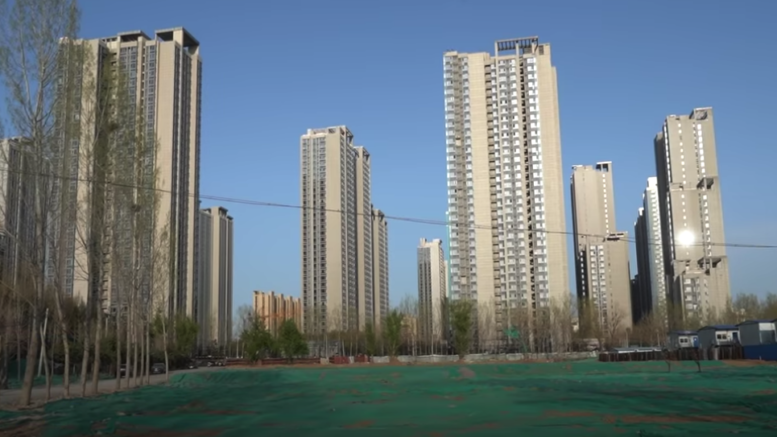 There is lots of discussion about the global pandemic dismantling globalization, but it fails to take into account Technocracy and its practitioners who are only interested in the destruction of Capitalism and Free Enterprise. ⁃ TN Editor

One of the more worrying consequences of the coronavirus is that it looks likely to become a catalyst for deglobalisation.

At the centre of this will be the decoupling of the Chinese economy with developed economies and the US in particular. The world’s three largest free economies – the European Union, the United States and Japan – are all drawing up separate plans to lure their companies out of China.

European Union trade commissioner Phil Hogan has called on companies to consider moving away from China; US President Donald Trump’s top economic adviser Larry Kudlow has said the government should pay the costs of American firms moving manufacturing back from China onto US soil; and Tokyo has unveiled a US$2.2 billion fund to tempt Japanese manufacturers back to Japan or even to Southeast Asia.

Meanwhile, bills are piling up in the US Congress aimed at reducing America’s reliance on Chinese supply chains and pushing for a decoupling of the world’s two largest economies.

While these are recent moves, the truth is the debate on globalisation – and deglobalisation – began more than a decade ago in the wake of the global financial crisis of 2008.

After decades of globalisation in trade, capital flows and even people-to-people exchanges, the trend has reversed over the past decade as trade and financial integration stalled.

Protectionist tendencies are on the rise. Since 2008, G20 countries have added more than 1,200 restrictions on exports and imports. Britain’s decision to leave the EU, the election of Trump on a protectionist agenda, and the rising popularity of right-wing political parties in France, Italy and elsewhere are all examples of rising public discontent with the status quo.

Deglobalisation gained steam when Trump launched tariff wars against many of American’s trade partners, China in particular. Since the advent of the US-China trade war in the past two years there has been growing evidence of a sharp decrease in merchandise, capital and people-to-people flows.

Conventional wisdom suggests globalisation makes the world a better place to live as a whole, as free trade generally promotes global economic growth. Economic liberalisation creates jobs, makes companies more competitive, and lowers prices for consumers. Advances in technology and communications have made it easier than ever for people and businesses to stay connected.

But globalisation is a complicated issue and its benefits and disadvantages are not equally shared. Globalisation is good for multinational corporations and Wall Street as it opens up opportunities to sell goods and services to much larger markets with greater profits. They also benefit from moving assembly lines to developing countries where production costs are lower.

The biggest problem for developed countries is that jobs are lost in the process. Supporters of globalisation point out that it has brought about cheaper imported goods. But this benefit does not offset the decline of jobs and therefore wages.

This False Flag, PsyOp PLANNEDemic IS the pathway to One World Government. If people cannot see that, then there is no hope for you!!

Different forces are at play with this plandemic. It appears that the globalists initiated the response to the “crisis” but forces for nationalism stepped into the game. Whether or not this is a planned dialectic exercise or a natural response will be revealed as the chaos subsides.