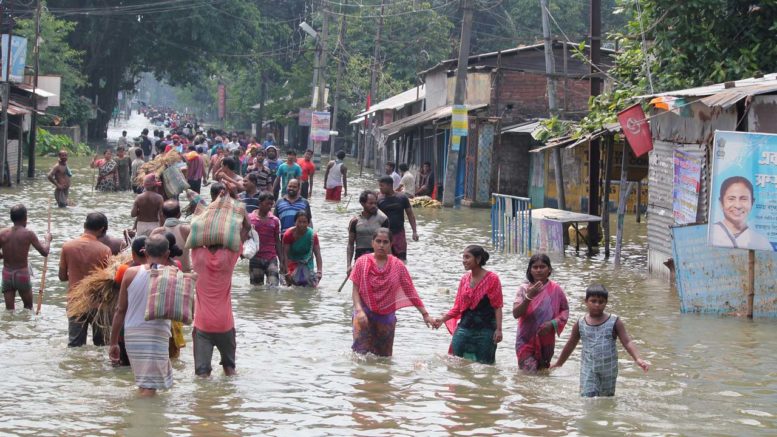 Please Share This Story!
PDF 📄
Beto O’Rourke is an example of a snowflake teenager growing up thinking he knows everything about anything that is, in actuality, a big nothing-burger. There is no impending refuge crisis and never has been. Beto is simply reading old scripts from the United Nations. ⁃ TN Editor

This Tuesday, the newest entrant to the 2020 Democratic presidential field, Beto O’Rourke, warned on his first campaign stop in New Hampshire of a mass refugee crisis when “some of the countries in the Western hemisphere are no longer habitable by human beings.” The notion that climate change is causing forced migration all around the world is bogus, and O’Rourke would be well advised to avoid commenting on a subject he plainly hasn’t studied very closely.

The notion of mass climate refugees is usually traced to a 1993 book by British environmentalist Norman Myers, who somewhat magically produced the figure of 200 million climate refugees to get the debate going. Prominent Norwegian peace scholars Nils Petter Gleditsch and Ragnhild Nordås have said “it is generally recognized that this figure represents guesswork rather than a scientifically-based estimate.”

In 2005, the United Nations Environment Programme warned there would be 50 million climate refugees by 2010. They removed the claim from their website when a reporter for the Asian Correspondent pointed out the lack of any evidence supporting such a claim, and in fact that the number of individuals seeking asylum “have fallen significantly.”

In an amusing twist, a professor at the University of California — Los Angeles almost immediately recycled the U.N.’s discredited claim and just changed the year to 2020. Now that we’re approaching 2020, we can be sure someone will claim there will be 50 million climate refugees by 2030.

In 2011, the British Government Office for Science published the Foresight Report on Migration and Global Environmental Change, the work of some “350 experts and stakeholders from 30 countries across the world,” referred to by one respected researcher as “by far the most authoritative scientific account of the relationship between climate change and human migration.” According to the report, “the range and complexity of the interactions between these drivers [of migration] means that it will rarely be possible to distinguish individuals for whom environmental factors are the sole driver” (p. 9). After pointing out that “17 million people were displaced by natural hazards in 2009 and 42 million in 2010,” the authors say, “Environmental change is equally likely to make migration less possible as more probable. This is because migration is expensive and requires forms of capital, yet populations who experience the impacts of environmental change may see a reduction in the very capital required to enable a move” (ibid.). In other words, there may be no net increase in the number of environmental refugees.