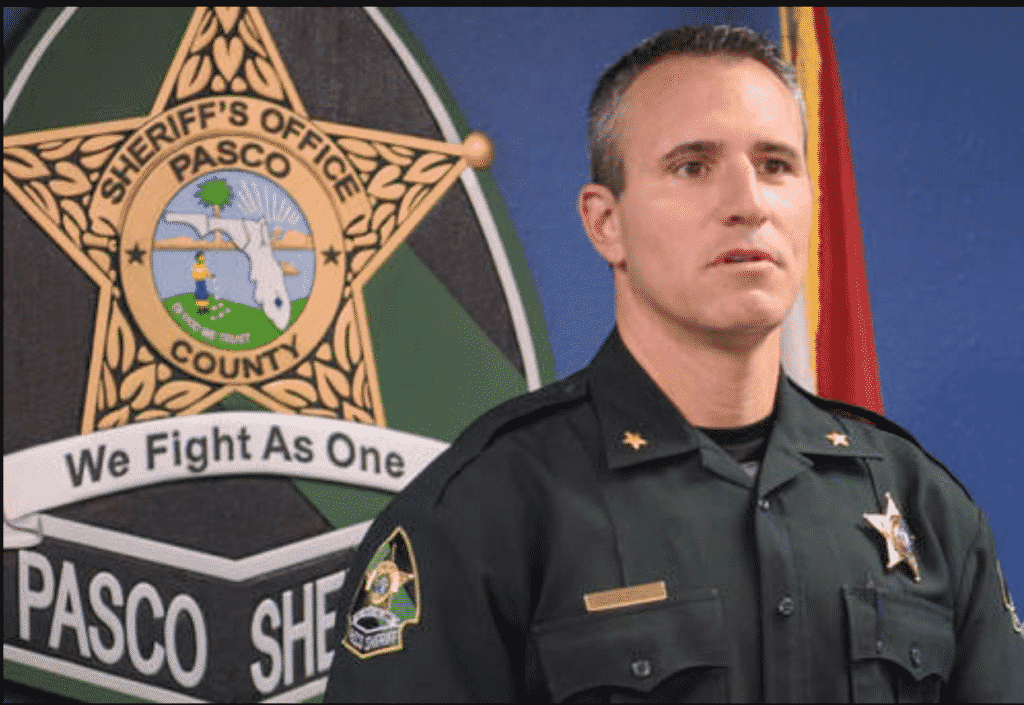 Pre-Crime Sheriff: Program Monitors And Harasses Families Throughout The County

Pasco County has tolerated an unconstitutional Sheriff who has implemented pre-crime policies that other counties and cities have long since abandoned. The result has been constant monitoring and harassment where no crime exists. ⁃ TN Editor

Pasco County Sheriff Chris Nocco took office in 2011 with a bold plan: to create a cutting-edge intelligence program that could stop crime before it happened.

What he actually built was a system to continuously monitor and harass Pasco County residents, a Tampa Bay Times investigation has found.

First the Sheriff’s Office generates lists of people it considers likely to break the law, based on arrest histories, unspecified intelligence and arbitrary decisions by police analysts.

Then it sends deputies to find and interrogate anyone whose name appears, often without probable cause, a search warrant or evidence of a specific crime.

They swarm homes in the middle of the night, waking families and embarrassing people in front of their neighbors. They write tickets for missing mailbox numbers and overgrown grass, saddling residents with court dates and fines. They come again and again, making arrests for any reason they can.

One former deputy described the directive like this: “Make their lives miserable until they move or sue.”

Some of the young people were labeled targets despite having only one or two arrests.

Rio Wojtecki, 15, became a target in September 2019, almost a year after he was arrested for sneaking into carports with a friend and stealing motorized bicycles.

Those were the only charges against Rio, and he already had a state-issued juvenile probation officer checking on him. Yet from September 2019 to January 2020, Pasco Sheriff’s deputies went to his home at least 21 times, dispatch logs show.

They showed up at the car dealership where his mom worked, looked for him at a friend’s house and checked his gym to see if he had signed in.

More than once, the deputies acknowledged that Rio wasn’t getting into trouble. They mostly grilled him about his friends, according to body-camera video of the interactions. But he had been identified as a target, they said, so they had to keep checking on him.

Since September 2015, the Sheriff’s Office has sent deputies on checks like those more than 12,500 times, dispatch logs show.

Deputies gave the mother of one teenage target a $2,500 fine because she had five chickens in her backyard. They arrested another target’s father after peering through a window in his house and noticing a 17-year-old friend of his son smoking a cigarette.

As they make checks, deputies feed information back into the system, not just on the people they target, but on family members, friends and anyone else in the target’s orbit.