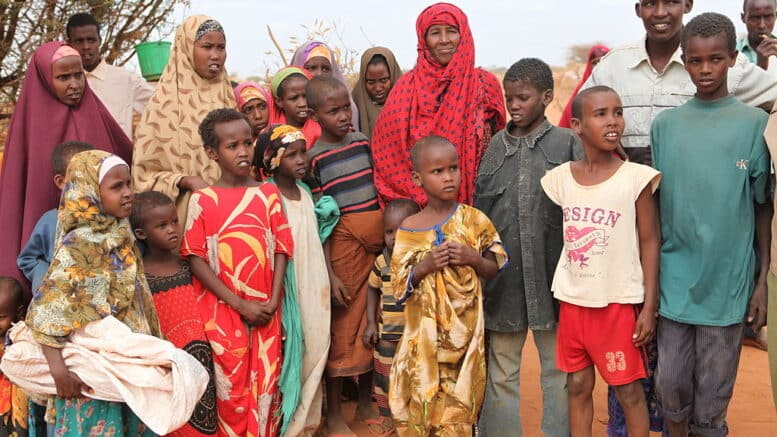 Please Share This Story!
PDF 📄
Property rights are basic to human civilization, but TN has said for years that Sustainable Development, aka Technocracy, is a front to take away property rights and grab the land for the “global commons”. This article from Oxfam is just recognizing this problem. ⁃ TN Editor

As corporate giants discuss “Tech for Good” at the annual meeting of the World Economic Forum, recent findings show that *digitalization may increase existing inequalities. A study published by FIAN International ‘Disruption or Déjà Vu? Digitalization, Land and Human Rights’ reveals how digital technologies have become new tools for land grabs and sources of profits. Based on research conducted in Brazil, Indonesia, Georgia, India and Rwanda, the study shows that the use of digital tools in land governance exacerbates existing forms of exclusion.

Some of the key findings include:

“What we are seeing is that the current use of digital technologies in the context of land deepens inequalities. This is not ‘Tech for Good’ but for profit,” explains Philip Seufert, one of the authors of the study. “The question is not whether digital technologies are good or bad. But when their application is not embedded in human rights, the outcomes benefit a small group of powerful corporations and individuals. For rural communities this means losing their land and livelihoods,” he adds.

Land is an indicator of existing social inequalities and dispossession of local communities has increased since the financial crisis of 2008, which has triggered a global rush for land by all kinds of investors. Lack of secure and stable access to land is also a key factor causing poverty and hunger. Addressing these requires tackling structural issues such as highly unequal distribution of land and a lack of legal protection of community’s land rights. Digital tools, such as digitized cadasters, have been put forward as a short cut to solve pressing land problems. But evidence from the five countries analyzed in the study shows that land-related digitalization processes are primarily designed to make land attractive for financial investments.

“It is unacceptable that governments and development agencies are scaling up the use of digital technologies in the land sector without taking into account internationally accepted human rights standards,” says Mathias Pfeifer, a co-author of the study. “Pretending that technical fixes can replace policies addressing structural discrimination is irresponsible and dangerous. The generalized lack of participation by those affected only makes things worse.”

The analyzed data shows that digitalization entails a transfer of state powers to private actors. In Georgia for example, a Netherlands-based company runs the blockchain infrastructure that is supposed to serve as the basis of the country’s land management system, including automated land transactions. This and other public-private partnership arrangements raise serious concerns about public control over essential goods and governance functions.

In 2020, the Food and Agriculture Organization of the United Nations (FAO) announced the establishment of an international platform that aims to provide guidance to the application of digital technologies in the context of food and agriculture. The findings of the study underline the need to uphold and implement internationally agreed human rights standards in the context of digitalization, including the FAO’s own Guidelines on the Responsible Governance of Land, Fisheries and Forests.

*What is digitalization?
It is the integration of digital technologies into all aspects of society and the economy, based on the process of converting information into a digital format that can be processed by a computer (“digitization”). Digitalization entails new forms of production, distribution and consumption.

*How is land concerned by digitalization?
Digital technologies and tools are increasingly used for land governance and management. For instance, lands are mapped and demarcated using GPS devices and drones. Information related to land ownership and use are also stored in digital registries and cadasters. Lastly, digital tools and platforms serve to carry out land transactions and to define policies. Digitalization in the context of land has major implications for the access to, use of and control over this critical resource.

I have ordered this book. Will come next week.

Rosa Koire is an expert in land control and the Agendas. The goal as expressed by Agenda 21 is to move people out of the rural areas and those that are allowed to live, get stacked into cities like chickens in crates.

and lookat GATES buying up all the bankrupt farmers lands now all over Amerika…
why he is allowed here still is way beyond me..

Oh, but he is such a humanitarian with platonic love for us little folks. He is so insulted and mistakenly implicated as to his and his wife’s profiteering and celestializing roles in VACCINE research, creation, and knows nothing about nor is complicit with FAUCI and others related VIRUSES and genetic research thereabout. Well, well, check out available records as to his and Fauci’s donations to China’s WUHAN RESEARCH INSTITUTE and to his and his wife’s Partnerships and Sponsorships to the PirBright Laboratories and Research Corporation in England. There is no way to tell the extent to which he, she, and… Read more »

These writings are precisely correct and are particularly applicable in America today. The Technocratic Elite, such as Bill Bates, Bezos, Turner, Buffett and others are now some of the largest landowners in America. I admire and congratulate Patrick Wood and the cadre who joins him in monitoring, interpreting and reporting the egregious machinations of these people who are domineering power driven Technocrats and Plutocrats.