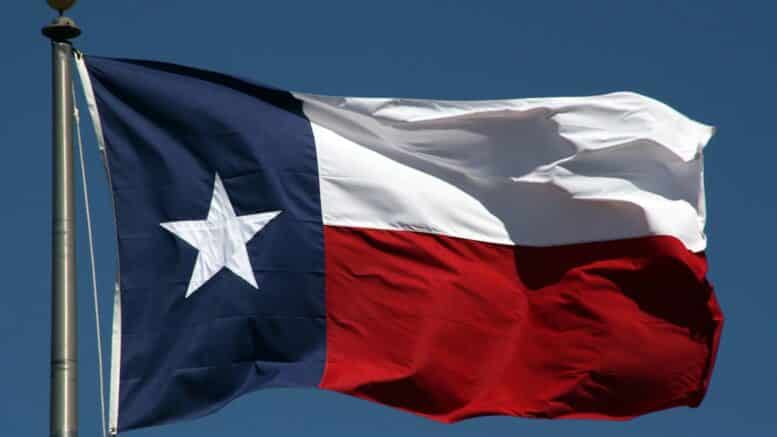 Please Share This Story!
PDF 📄
Every state in America should immediately follow in Texas’ footsteps to prohibit businesses from requiring customers to present vaccine passports. Such proofs of vaccinations are a key part of Technocracy’s attempted coup d’etat and must be totally rejected as such. ⁃ TN Editor

Texas Gov. Greg Abbott on Monday signed into law a bill to ban government entities and private businesses from requiring proof of vaccination as a condition for service or entry amid the CCP virus pandemic.

“Texas is open 100 percent, and we want to make sure you have the freedom to go where you want without limits,” the Republican governor announced in a video post on Twitter.

The Lone Star state in March ended its statewide mask mandate and allowed all businesses to open at full capacity after having implemented mandates and restrictions due to the pandemic caused by the CCP (Chinese Communist Party) virus.

Abbott announced on Monday with the signing of the legislation that “No business or government entity can require a person to provide a vaccine passport or any other vaccine information as a condition of receiving any service or entering any place.”

The new law SB 968 covers many aspects of the public health disaster and public health emergency preparedness and response. It was approved unanimously in April and was passed by a vote of 146-2 by the state House in May.

Effective immediately, Texas businesses “may not require a customer to provide any documentation certifying the customer ’s COVID-19 vaccination or post-transmission recovery on entry to, to gain access to, or to receive service from the business,” the legislation states. State agencies in charge of different business sectors can require that businesses comply with the new law as a condition to be authorized to conduct business in Texas.

Well, YEAH TEXAS!!!!! Thumbs up for the Gov.! There are some politicians hiding under rocks in the USA that work for humanity. Compare TX to both coasts and some inland–NY, CA, OR and NM. Bad news from the new Progressive Fascist politicians in those areas.

Never count your chickens before they hatch. Experience tells me that, you get ’em one way, they’ll go after you in another.

If Texas banned the vaccine how is that the hospital in Huston has 137 of their employees who refused to take the vaccine suspended?

Those 137 are suing the hospital, which is not guaranteed to lose in court. They will settle and the employees will be reinstated in time.