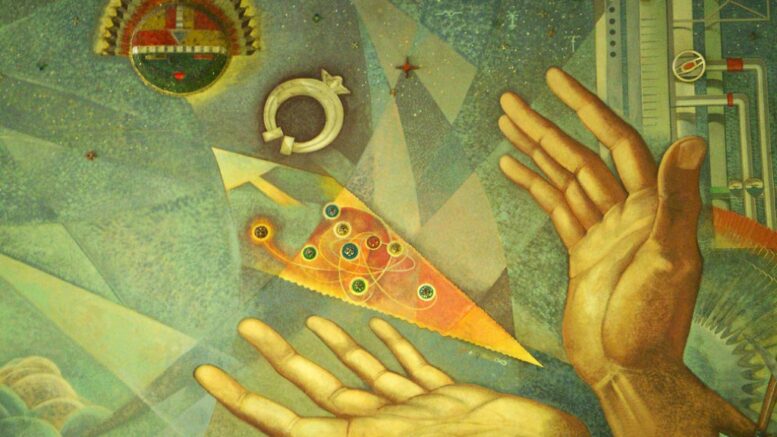 Please Share This Story!
PDF 📄
Critical analysis of Technocracy is rapidly increasing during the Technocrat-declared pandemic of 2020. Policy-making should never be entrusted to narrow-minded Technocrats, all of whom are largely unelected and unaccountable. ⁃ TN Editor

The great Austrian economist and political philosopher, Friedrich von Hayek, published The Road to Serfdom in 1944, arguing against socialism, planning and collectivism, and in favour of individual liberty, the market system and capitalism. Much later, on the eve of the collapse of Communism in Eastern Europe, in 1988, he published The Fatal Conceit, which expands and builds upon arguments he had been articulating for a half-century. (This latter work was edited by philosopher William Warren Bartley, and there is a scholarly dispute as to whether he was more author than editor, with Hayek already ailing at that time.) The title of the latter work comes from a celebrated passage in The Theory of Moral Sentiments (1759) by Scottish economist and political philosopher Adam Smith, better known for his classic The Wealth of Nations (1776).

This passage by Adam Smith is so rich, and so prescient, that it deserves to be quoted in full: “The man of system, on the contrary, is apt to be very wise in his own conceit; and is often so enamoured with the supposed beauty of his own ideal plan of government, that he cannot suffer the smallest deviation from any part of it. He goes on to establish it completely and in all its parts, without any regard either to the great interests, or to the strong prejudices which may oppose it. He seems to imagine that he can arrange the different members of a great society with as much ease as the hand arranges the different pieces upon a chess-board. He does not consider that the pieces upon the chess-board have no other principle of motion besides that which the hand impresses upon them; but that, in the great chess-board of human society, every single piece has a principle of motion of its own, altogether different from that which the legislature might choose to impress upon it. If those two principles coincide and act in the same direction, the game of human society will go on easily and harmoniously, and is very likely to be happy and successful. If they are opposite or different, the game will go on miserably, and the society must be at all times in the highest degree of disorder.”

Smith offers us nothing less than a critique of ‘scientific socialism’, a doctrine that was to emerge almost two centuries later. This theory asserts that a benevolent government may achieve the social good, or, at any rate, socially desirable ends, through planning and directing a society and its citizens by means of legislation, rules, regulations and administrative fiat. India was to experience a version of this under the licence-permit-quota raj that was at the core of Nehruvian socialism and the country’s five-year plans, and most Western countries experienced a version of it in the form of the post-war turn toward Keynesian business cycle management and government regulation to rein in competitive market forces.

Smith’s critique identifies the essence of the fatal conceit of central planning: the “man of system” treats human beings as chess pieces, that may be moved at will by the hands of the chess master, and that they have no behavioural impulse or response of their own. This contradicts the fundamental tenet of economics, that human beings purposefully choose their own actions to achieve their own ends, and therefore, their behaviour responds to incentives and disincentives (whether emanating from the market or otherwise) and, critically in this case, responds to the incentive/disincentive structure created by government planning itself.

As applied to economic policy, this insight goes by several names: the ‘Lucas critique’ in macroeconomics, named after Nobel economist Robert Lucas; and the ‘offsetting principle’ in microeconomics, coined by economist Sam Peltzman—both economists from the University of Chicago. Put simply, human beings will react to government policy aiming to shape their behaviour, and this reaction will often serve to negate or offset the intended aim of that policy. Government intervention in the economy is, therefore, often self-defeating, precisely because human beings are not pawns on a chess board, but react purposefully to such intervention, exactly as Smith understood almost 300 years ago.

The doctrine of scientific socialism may have been thrown on the ash heap of history when communism collapsed in Eastern Europe and the former Soviet Union, but it lives on in its progeny, which are the various forms of technocracy that have taken root and flowered in recent years, especially this past year after the outbreak of the covid pandemic. The contemporary incarnation of the fatal conceit is exemplified by the idea of lockdown, which aims to curb the propagation of viral infection through “stay at home” orders, the closing of public places, curfews, restrictions on public and private gatherings, and the barring or imposition of severe restrictions on the operation of private businesses.

Epidemiologists who argue in favour of lockdowns as a cure for the spread of covid commit a version of the fallacy that Hume identified—their “agent-based” models typically do not incorporate the public’s behavioural response, which may involve working around lockdowns rather that adhering to them. Likewise, mandating mask use may create a false sense of security and encourage other risky behaviours—exactly as in Peltzman’s famous work, which showed that mandating seat belts in automobiles could induce rash driving, thus offsetting the policy’s intended effect.

For us old enough to remember, Issac Asimov, had warned that technology when taken to the extremes addles the brain. Much like the calculator addled the brains of a generation that no longer knows how to calculate simple math (indeed, some would say racist), and now with the implementation of artificial intelligence will further addle the next generations from basic tasks all together that would have been self-evident a generation ago, such as preparing food from scratch, writing coherent and integrated sentences that provoke thought and experimentation and exercise of the higher mind. Now we will wander like children titillated… Read more »

There is an attempt by the technocrats , as I write, to modify human behavior and even reduce the population by vaccination. Coupled with artificial intelligence this is the latest tool to gain control of the very soul of each “chess piece”.