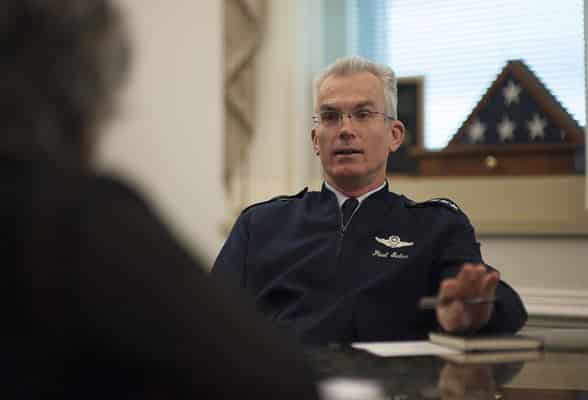 Hat tip to Gen. Paul Selva for bringing ethics into the argument to not give the military autonomous killing robots. However, he acknowledges the infighting within the military over the issue and describes it as ‘raucous’.  This is a battle between Technocrats and non-Technocrats. ⁃ TN Editor

The second highest-ranking general in the U.S. military on Tuesday warned lawmakers against equipping the military with autonomous weapons systems that humans could lose control of and advocated for keeping the “ethical rules of war” in place.

In a Senate Armed Services Committee hearing on Tuesday, Gen. Paul Selva responded to a question from Sen. Gary Peters (D-MI) about a Defense Department directive that requires a human operator to be involved in the decision-making process when it comes to taking lives with autonomous weapons systems.

Selva warned lawmakers that the military should keep “the ethical rules of war in place lest we unleash on humanity a set of robots that we don’t know how to control.”

“I don’t think it’s reasonable for us to put robots in charge of whether or not we take a human life,” Selva told the committee.

Peters mentioned that the directive expires later this year, and told Selva that America’s enemies would not hesitate to employ such technology.

“Our adversaries often do not to consider the same moral and ethical issues that we consider each and every day,” Peters told Selva.

Selvar responded, saying that America does and should always “take our values to war.”

“There will be a raucous debate in the department about whether or not we take humans out of the decision to take lethal action,” he told Peters, but added that he was in favor of “keeping that restriction.