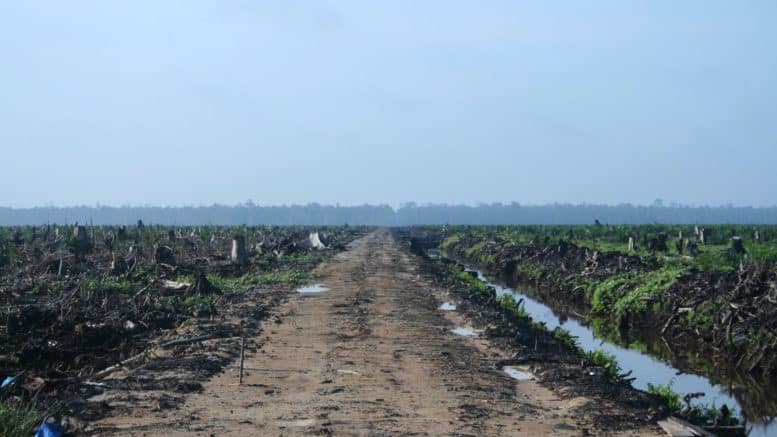 Please Share This Story!
PDF 📄
The upcoming UN Biodiversity Conference is to nature what the Paris Conference was to global warming. The outcome will extend the 1,100 -page Global Biodiversity Assessment from 1995 and specify all human behaviors that are necessary to ‘rescue’ nature. ⁃ TN Editor

Diplomats from 130 nations gathered in Paris on Monday to validate a grim UN assessment of the state of Nature and lay the groundwork for a rescue plan for life on Earth.

The destruction of Nature threatens humanity “at least as much as human-induced climate change,” UN biodiversity chief Robert Watson said as the five-day meeting began.

“We have a closing window of opportunity to act and narrowing options.”

A 44-page draft “Summary for Policy Makers” obtained by AFP catalogues the 1001 ways in which our species has plundered the planet and damaged its capacity to renew the resources upon which we depend, starting with breathable air, drinkable water and productive soil.

The impact of humanity’s expanding footprint and appetites has been devastating.

Up to a million species face extinction, many within decades, according to the report, and three-quarters of Earth’s land surface has been “severely altered”.

A third of ocean fish stocks are in decline, and the rest, barring a few, are harvested at the very edge of sustainability.

Twenty 10-year targets adopted in 2010 under the United Nations’ biodiversity treaty — to expand protected areas, slow species and forest loss, and reduce pollution — will, with one or two exceptions, fail badly.

Based on an underlying report that draws from 400 experts and weighs in at 1,800 pages, the executive summary has to be vetted line-by-line by diplomats, with scientists at their elbow.

The Intergovernmental Science-Policy Platform on Biodiversity and Ecosystem Services (IPBES) document, once approved, will be released on May 6.

Historically, conservation biology has focused on the plight of pandas, polar bears and a multitude of less “charismatic” animals and plants that humanity is harvesting, eating, crowding or poisoning into oblivion.

But in the last two decades, that focus has shifted back to us.

“Up to now, we have talked about the importance of biodiversity mostly from an environmental perspective,” Watson told AFP ahead of the Paris meet.

“Now we are saying that Nature is crucial for food production, for pure water, for medicines and even social cohesion.”

And to fight climate change.

Forests and oceans, for example, soak up half of the planet-warming greenhouse gases we spew into the atmosphere.

If they didn’t, Earth might already be locked into an unliveable future of runaway global warming.

And yet, an area of tropical forest five times the size of England has been destroyed since 2014, mainly to service the global demand for beef, biofuels, soy beans and palm oil.

“The recent IPCC report shows to what extent climate change threatens biodiversity,” said Laurence Tubiana, CEO of the European Climate Foundation and a main architect of the Paris Agreement, referring to the UN’s climate science panel.

“And the upcoming IPBES report — as important for humanity — will show these two problems have overlapping solutions.”

That overlap, she added, begins with agriculture, which accounts for at least a quarter of greenhouse gas emissions.

Set up in 2012, the IPBES synthesises published science for policymakers in the same way the Intergovernmental Panel for Climate Change (IPCC) does on climate.

But the 1992 Convention on Biological Diversity (CBD) has always been a poor stepchild compared to its climate counterpart, and the IPBES was added as an afterthought, making its authority harder to establish.

Biodiversity experts are trying to engineer a “Paris moment” for Nature akin to the 2015 Paris climate treaty.

Stop biodiversity loss or we could face our own extinction, warns UN

The world must thrash out a new deal for nature in the next two years or humanity could be the first species to document our own extinction, warns the United Nation’s biodiversity chief.

Ahead of a key international conference to discuss the collapse of ecosystems, Cristiana Pașca Palmer said people in all countries need to put pressure on their governments to draw up ambitious global targets by 2020 to protect the insects, birds, plants and mammals that are vital for global food production, clean water and carbon sequestration.

“The loss of biodiversity is a silent killer,” she told the Guardian. “It’s different from climate change, where people feel the impact in everyday life. With biodiversity, it is not so clear but by the time you feel what is happening, it may be too late.”

Pașca Palmer is executive secretary of the UN Convention on Biological Diversity – the world body responsible for maintaining the natural life support systems on which humanity depends.

Its members – 195 states and the EU – will meet in Sharm el Sheikh, Egypt, this month to start discussions on a new framework for managing the world’s ecosystems and wildlife. This will kick off two years of frenetic negotiations, which Pașca Palmer hopes will culminate in an ambitious new global deal at the next conference in Beijing in 2020.

Conservationists are desperate for a biodiversity accord that will carry the same weight as the Paris climate agreement. But so far, this subject has received miserably little attention even though many scientists say it poses at least an equal threat to humanity.

The last two major biodiversity agreements – in 2002 and 2010 – have failed to stem the worst loss of life on Earth since the demise of the dinosaurs.

Eight years ago, under the Aichi Biodiversity Targets, nations promised to at least halve the loss of natural habitats, ensure sustainable fishing in all waters, and expand nature reserves from 10% to 17% of the world’s land by 2020. But many nations have fallen behind, and those that have created more protected areas have done little to police them. “Paper reserves” can now be found from Brazil to China.

The issue is also low on the political agenda. Compared to climate summits, few heads of state attend biodiversity talks. Even before Donald Trump, the US refused to ratify the treaty and only sends an observer. Along with the Vatican, it is the only UN state not to participate.

Rockefeller invented UN to Roosevelt, Churchill and Stalin, and funded the UN building. Many of UN campaigns come from Rockefeller Foundations. These paid hoaxers in UN are lunatics: The water surface area of the planet is 75% x depth. Any idiot can take a bucket with sea water, boil it, lead the damp to “cooler areas” and make fresh water the same way as nature does. So how can these used car sellers get away with claims there is lack of fresh water. The land surface of the planet is 25%, 7 billion people can live as Sao Paulo on… Read more »