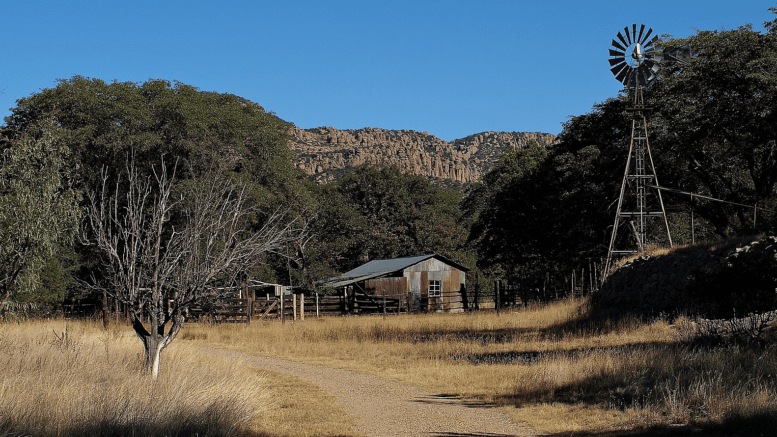 Please Share This Story!
PDF 📄
World famine is all but guaranteed as the UN blames farming and ranching for over one-third of so-called greenhouse gas emissions, and then seeks to impose policies to limit those emissions. Restricting farming and ranching reduces life-sustaining food needed to keep humans from going extinct. The UN is trying to refocus an existing $18 trillion investment into solving the food problem. ⁃ TN Editor

The U.N. food agency aims to launch a plan within the year to make the world’s food system more sustainable, a senior executive told Reuters on the sidelines of the COP27 climate talks in Egypt.

The plan would show how the food industry and farming can align with the world’s goal of capping global warming at 1.5 degrees Celsius, Food and Agriculture Organization Deputy Director Zitouni Ould-Dada said.

The hope is that such a plan would act in a similar way to the release of a report for the energy sector by the International Energy Agency, which spurred investment into companies, projects and technologies aligned with the plan.

“It’s much needed because for the energy sector there are clear roadmaps which really attracted a lot of investors… but for agriculture we don’t have such a map,” Ould-Dada said.

More than forty investors managing a combined $18 trillion urged the FAO in June to create a plan to curb emissions in the sector, often overlooked in global warming debates yet one of the biggest sources of climate-damaging emissions. read more

As Russia’s invasion of Ukraine has driven a surge in food prices globally, compounding the food insecurity caused by climate change, delegates at the conference were more open to discussing the issue, Ould-Dada said.

“There has never been this much attention to food and agriculture anytime before. This COP is definitely the one.”

The initiative has already drawn the support of former U.N. Secretary General Ban Ki-moon and former U.N. climate agency chief Christiana Figueres, and is slowly gaining the attention of some governments, Ould-Dada added.

Food production accounts for around a third of global greenhouse gas emissions and is the main threat to 86% of the world’s species at risk of extinction, while cattle ranching is responsible for three quarters of Amazon rainforest loss.

Investors are hoping the roadmap will provide guidance on matters such as methane emission limits, and support to ensure a ‘Just Transition’ for farmers, said Jeremy Coller, chair of the FAIRR Initiative, organisers of the investor-led campaign.

Livestock accounts for nearly a third of the global methane emissions linked to human activity, released in the form of cattle burps, manure and the cultivation of feed crops.

UN Seeks Control Over Agriculture, Blames For Global Warming – Life, Death and all between

“Hunger Games” Agenda 2030 here we come. And weather control / weather geoengineering is a big part of these globablist schemes to force people to comply, sadly. Killing us softly with their deceptive swan song.

NOTICE THE SCIENCE IS MISSING BEHIND STATEMENTS LIKE FARMING CREATES ONE-THIRD OF GREENHOUSE GAS? SUBTRACT OUT THE CAFO RANCHING OF FARM ANIMALS AND THE FACTORY FARMING, YOU’RE LEFT WITH NOTHING BUT REGENERATIVE FARMERS AND NET NEGATIVE CO2 AND METHANE. THE PEOPLE CITING BOGUS SCIENCE ARE THE ONES WHO CREATED THE PROBLEM.