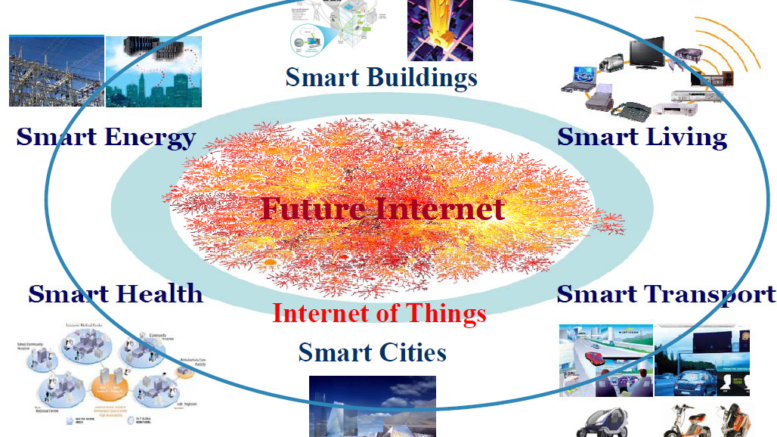 Please Share This Story!
PDF 📄
The IoT (Internet of Things) is a necessary component of Technocracy to monitor everything that happens in society as well as geospatial movement. As devices interact with other devices and transmit results to centralized computers, AI is then applied to exercise control.

This article will give you an idea of the magnitude and trajectory of IoT. ⁃ TN Editor

The last few years have seen the Internet of Things (IoT) grow from a theoretical concept to a major priority for many organizations. As companies integrate IoT devices into their network infrastructures, they are looking for new ways to utilize them and manage the data they collect. Given the tremendous impact these devices are likely to have on the world, it’s worth looking at a few key Internet of Things statistics.

In a very general sense, IoT refers to a broad range of internet-connected devices that are capable of communicating with other devices and networks. They can perform a variety of functions but are most often used to gather information and perform specific actions. While many of them have the ability to process data, some are only intended to gather and transmit data elsewhere for processing.

The advantage of IoT devices is that their connectivity greatly enhances functionality and market reach. Since they can connect to a broader network, they can have extensive functionality with relatively modest hardware capabilities. They are crucial for automation strategies and can be used to control a variety of tasks and functions remotely.

IoT Statistics: How Many Internet-Connected Devices Are There?

That’s a lot of devices. When looking at the raw number of connected devices Business Insider predicts will be connected to the internet by the end of the decade, it’s easy to lose sight of how large the figure actually is. For context, take a moment to look at the difference between a million and a billion in terms of time:

One million seconds is roughly equal to 11.5 days.

One billion seconds is roughly equal to 31.75 years.

The difference between a few million IoT devices and a few billion, then, is quite staggering. Other estimates that push IoT projections farther into the future provide even more striking numbers, forecasting as many as 125 billion IoT devices by 2030.

Autonomous vehicles are coming, whether people like it or not. While precise numbers are difficult to determine, the automotive industry alone has invested over $100 billion on research and development of self-driving cars over the last five years alone. While driverless cars may not be taking over the highways soon, their need to gather and analyze huge amounts of data will demand more sophisticated edge data centers capable of directing the resulting digital traffic.

Even if self-driving vehicles aren’t here yet, existing automobiles are increasingly incorporating IoT features. From sensors that transmit usage and mechanical condition data to manufacturers and dispatchers to internet connectivity that facilitates better GPS and driver comfort, today’s vehicles offer as much connectivity as the modern home. The computing power that makes this connectivity possible will make IoT-enabled vehicles valuable tools in edge computing frameworks.

3. Every Second, Another 127 Devices Are Connected to The Internet

Increasingly, IoT devices are popping up everywhere. Former Cisco researcher David Evans, who calculated just how many devices were being added every second, provides a glimpse into how widespread they’ve already become:

…“things” are no longer just computers and phones. Today, literally anything can be connected, including tennis rackets, diapers, clothing, vehicles, and, of course, homes. And although people may find this unsettling, the network is also starting to include biological things: Today, pets, crops, livestock, and the clothing on your body can be connected. We’re not far from an Internet link you can actually swallow as a pill.

With so many devices proliferating, IT professionals will need to be much more aware of potential security threats. Each device represents a different attack vector for hackers, and with so many devices coming and going in the workplace, companies must become more diligent in managing access.

In a 2019 report on the mobile industry, Ericsson predicts that the rapid expansion of 5G availability will continue to drive Internet of Things growth. The North American market is expected to see the most growth, with 63 percent of mobile subscriptions featuring 5G service, but 47 percent of cellular subscribers in East Asia will have 5G access as well. Short-range IoT devices are expected to see the greatest benefits from these connections. Wide-area and cellular internet-connected devices should also continue to contribute more to total cellular data traffic, which increased by 82 percent in the first quarter of 2019 alone. Much of this IoT growth will be credited to reductions in chipset prices and the expansion of cellular technologies such as NB-IoT and Cat-M1.

IoT Statistics: What is the IoT Market Size?

Many companies have already identified IoT devices as a clear value-add for their business. Far from just the technology sector, clothing manufacturers, healthcare providers, and municipalities around the world are investing in new ways to leverage the potential of interconnected devices.

With so much capital pouring into research and development, it’s safe to assume that the IoT market size of the next decade will look very different from today’s. One thing that won’t change, however, will be the importance of edge data centers in IoT networks. This may explain why colocation data centers continue to be a vital IT solution for organizations looking to rapidly scale their operations to make the most of IoT devices.

Research by the McKinsey Global Institute suggests that IoT growth will continue to be rapid despite the fact that many of the most promising applications of the technology have yet to be fully deployed. Many companies already utilizing IoT technology are doing so modestly, such as using smart sensors to track products flowing through their supply chains. However, complementary technologies such as more versatile cloud technology and edge computing architecture will likely enable a rapid expansion of IoT applications. The expansion of 5G technology and reductions in hardware costs are also expected to help increase the widespread adoption of internet-connected devices.

Smart home devices, most of which are used to automate lighting, climate, appliances, entertainment, or security systems in a household, are already entering homes in record-breaking numbers. As an example, “smart speaker” devices like the Amazon Echo are already in 31 percent of US broadband households as of Q1 2019, up from a mere seven percent in 2017.

Healthcare is one of the most exciting use cases for IoT technology, which is why the market in that sector is expected to grow by 12 percent annually from 2017 to 2023. The potential of telemedicine and wearable sensors will make it possible for medical professionals to better monitor and treat patients, especially in traditionally difficult-to-reach regions. Although the healthcare sector faces unique challenges owing to the compliance demands of HIPAA/HITECH requirements, improvements in IoT security will help the technology to be applied more broadly in the coming years.

Who can afford any of these IoT electro-gizmo gadgetries now? The economy is collapsing, no one has jobs, food is going to the moon, all non-essential purchases are being stalled due to lack of income, etc.

5G is the least of our worries now. Authoritarian democrats are a greater threat.