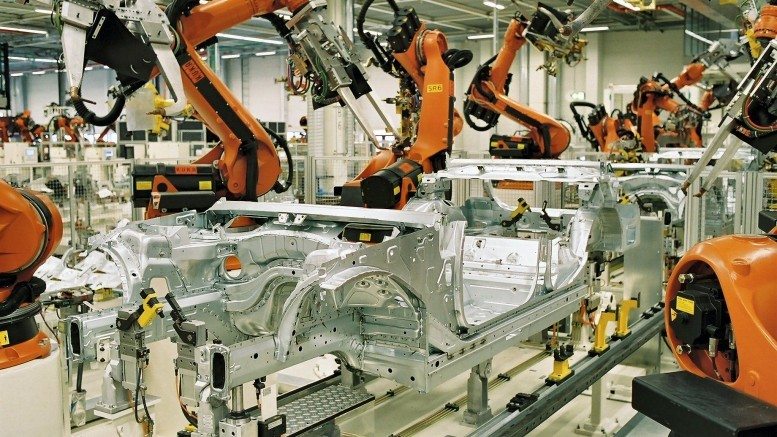 The Guardian states: “Robots will eventually do all our jobs, but we need to start planning to avert social collapse.” Invention without ethics or morality will produce destruction. ⁃ TN Editor

Most of us have wondered what we might do if we didn’t need to work – if we woke up one morning to discover we had won the lottery, say. We entertain ourselves with visions of multiple homes, trips around the world or the players we would sign after buying Arsenal. For many of us, the most tantalising aspect of such visions is the freedom it would bring: to do what one wants, when one wants and how one wants.

But imagine how that vision might change if such freedom were extended to everyone. Some day, probably not in our lifetimes but perhaps not long after,machines will be able to do most of the tasks that people can. At that point, a truly workless world should be possible. If everyone, not just the rich, had robots at their beck and call, then such powerful technology would free them from the need to submit to the realities of the market to put food on the table.

Of course, we then have to figure out what to do not only with ourselves but with one another. Just as a lottery cheque does not free the winner from the shackles of the human condition, all-purpose machine intelligence will not magically allow us all to get along. And what is especially tricky about a world without work is that we must begin building the social institutions to survive it long before the technological obsolescence of human workers actually arrives.

Despite impressive progress in robotics and machine intelligence, those of us alive today can expect to keep on labouring until retirement. But while Star Trek-style replicators and robot nannies remain generations away, the digital revolution is nonetheless beginning to wreak havoc. Economists and politicians have puzzled over the struggles workers have experienced in recent decades: thepitiful rate of growth in wages, rising inequality, and the growing flow of national income to profits and rents rather than pay cheques. The primary culprit is technology. The digital revolution has helped supercharge globalisation, automated routine jobs, and allowed small teams of highly skilled workers to manage tasks that once required scores of people. The result has been a glut of labour that economies have struggled to digest.

Labour markets have coped the only way they are able: workers needing jobs have little option but to accept dismally low wages. Bosses shrug and use people to do jobs that could, if necessary, be done by machines. Big retailers and delivery firms feel less pressure to turn their warehouses over to robots when there are long queues of people willing to move boxes around for low pay. Law offices put off plans to invest in sophisticated document scanning and analysis technology because legal assistants are a dime a dozen. People continue to staff checkout counters when machines would often, if not always, be just as good. Ironically, the first symptoms of a dawning era of technological abundance are to be found in the growth of low-wage, low-productivity employment. And this mess starts to reveal just how tricky the construction of a workless world will be. The most difficult challenge posed by an economic revolution is not how to come up with the magical new technologies in the first place; it is how to reshape society so that the technologies can be put to good use while also keeping the great mass of workers satisfied with their lot in life. So far, we are failing.

Preparing for a world without work means grappling with the roles work plays in society, and finding potential substitutes. First and foremost, we rely on work to distribute purchasing power: to give us the dough to buy our bread. Eventually, in our distant Star Trek future, we might get rid of money and prices altogether, as soaring productivity allows society to provide people with all they need at near-zero cost.