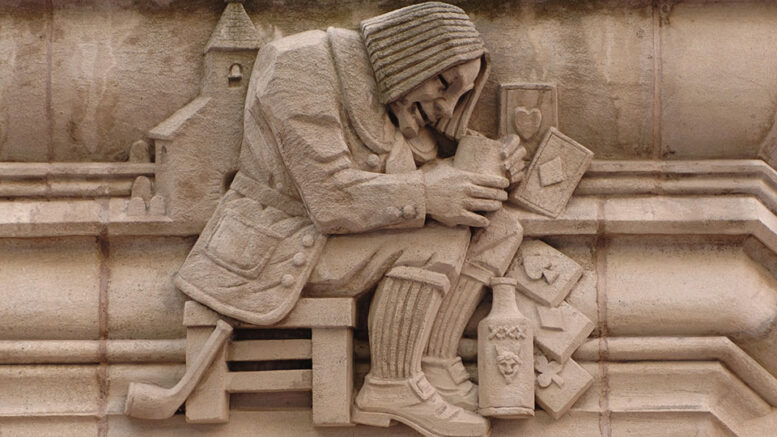 Please Share This Story!
PDF 📄
Yale University is saying that Technocracy is being rejected by the current administration, but nothing could be further from the truth. Technocrats are firmly in control, as evidenced by people like Dr. Anthony Fauci setting policies for economic destruction of America. ⁃ TN Editor

As the U.S. faces one of the most severe public health crises in its modern history, there are those who advocate for technocracy as a means to guide the country.

Iziah Thompson, Senior Policy Analyst for the Office of the New York City Comptroller, told The Politic that “technocracy is a very charged term” that can be defined in many ways, but that at its core it would entail “a better run society…that installs a higher degree of power [to] experts in government: bureaucrats that often work irrespective of what political machinations are underway.”

Thompson added that he and others who support technocracy “believe that there is a more scientific way to look at and implement public policy; […and that…] this power must be understood in the context of its balance with democratic control.” Thomson affirmed that protecting democracy is essential, but that the current status quo in the U.S. is flawed and in need of reform—reform which could effectively occur by providing technocrats with greater authority.

Although the United States has never adopted a fully technocratic government, it has long flourished as a global center for the development of scholars and experts. In addition to domestic professionals, the country has nurtured many renowned groups of foreign technocrats such as the Berkeley Mafia and the Chicago Boys, who returned to Indonesia and Chile respectively to apply their technocratic education and successfully catalyze growth in their socioeconomically stagnant nations.

U.S. leaders have also often integrated technocratic elements into governance. Members of President Franklin Roosevelt’s “Brain Trust”—an academic advisory team composed primarily of experts in law and economics—became key advisers to Roosevelt during the Great Depression and were integral in shaping policies such as the New Deal.

Thompson told The Politic that “the reality is that [the United States] federal government did get somewhat more technocratic under the Carter, Clinton and Obama administrations.” One of Thompson’s own professors from the New York University Wagner Graduate School of Public Service, Tatiana Homonoff, was a part of the Social and Behavioral Science Team in the Obama White House, which aimed to “apply behavioral science insights to the work government agencies did.”

Technocracy in the United States has always existed in some form, but has never been truly widely-accepted. As Berman informed The Politic, the two main problems of this system were that it could “bring forth democratic legitimacy problems” and exacerbate “a disjuncture between the ideas of technocrats and the general populace.” Yet in 2020, American technocracy could meet its absolute extinction at the hands of the Trump administration.

The coronavirus pandemic has further highlighted how Trump’s distrust of experts has proven to be a deterrent to the United States’ development. From overestimating the U.S. coronavirus testing capacity, to praising antimalarial drug hydroxychloroquine as an effective treatment for the coronavirus when this has been proven false by studies, Trump’s statements and decisions have had egregious consequences.

“Lives [have been] lost, plain and simple,” Emil Friedman ‘20, a Political Science major, told The Politic. “Had the administration taken seriously the warnings about COVID-19 in January, tens of thousands of lives would have been saved through better testing, tracking, and strategic stay-at-home orders in order to slow the initial spread.”

Friedman came to Yale in 2016, a few months before Trump was elected president. Possessing a passion for politics, he intended to major in the subject, and aspired to later work for the federal government. Four years later, his plans and those of many of his peers in political science have changed.

“Most of us have shied away from doing federal public policy,” said Friedman. “I decided to go into the private sector, and a lot of my friends have too. It’s difficult to work in a public sector environment where so much [of the] expertise and the content you learned at a place like Yale is totally rejected.”

The Trump administration’s hostile behavior towards expertise deprives the United States of  potential contributions from professionals such as Friedman. This, in turn, promotes dysfunction, as it hinders the development of national human capital, innovation and production.

The president’s disregard of scientific advice and factual information has recently intensified due to the current fragile economy and the pressures of an election year, which motivate him to make decisions based on political bias and personal instinct as opposed to data-based choices that may be beneficial in the long-run but unpopular in the short-run.

Despite the severity of the COVID-19 pandemic, Trump has often worked to undermine the advice of experts around him. From disbanding advisory boards to limiting speaking time for key scientists in briefings, the Trump administration has done much in an attempt to ensure that the influence of experts does not eclipse that of the president. Highly-skilled health experts such as Dr. Anthony Fauci—a member of the federal government coronavirus task force and current director of the National Institute of Allergy and Infectious Diseases—have constantly been silenced. Despite Fauci’s important role in the government’s COVID-19 response, the White House recently blocked him from testifying in a House of Representatives committee on that same topic.

In a virtual town hall held in late March, Trump claimed—against the advice of health officials who warned him that the worst effects of the pandemic were yet to come—that the U.S. would be open by Easter, and that one couldn’t just “close up the United States of America, the most successful country in the world by far.” This grand promise, filled with characteristic bravado and overconfidence, appealed greatly to Trump’s Republican base, which had been displeased by the inconveniences caused by quarantine.

Yet Trump was unable to fulfill this promise. Instead, the reopening process only began weeks later, a move which a public model predicted would lead to a 70 percent increase in the daily coronavirus death toll from May to June.

“With Trump it’s hard to even discuss technocracy, for he is sort of anti-technocracy,” stated Thompson. “He seems to despise bureaucrats and often trafficks in conspiracy… Trump gives a perfect example of what a technocracy does not call for. The idea of technocrat leadership calls for meritocratic well-paid professionals. These leaders should not have even the slightest hint of the perception of a conflict of interest or corruption.”

Jesuit Fauci is doing what Jesuits do, and that is to destroy! May we open our eyes before it is too late. We have a One World Government now, we have a One World Religion now headed by the Roman Jesuit Pope. Here is a sample of History, so you can see what is coming:https://www.youtube.com/watch?v=__cjIWP1pvg&list=PLqm-VtYgVLZnxCMX9JgfZv3vUYuSPt3ud&index=4

They are busy blaming Trump for everything! How odd. What he did wrong was NOT get rid of Fauci a long long time ago. And that I truly don’t understand. However, he was otherwise trying to do the right thing by the people of America and yet he was/is being chastize for it?? Of COURSE he is – – he isn’t playing the game the way they want him to, so they had to create some other way to go about their plan. So far it’s working but Trump simply MUST get rid of Fauci NOW before it’s too late.… Read more »

You risk your lives if you technocrats think you will convert the USA to a technocracy run by unelected idiots. Locked and loaded and willing to fight to the death to protect this country for my children and future generations.

Lets cut to the chase of this article. Take freedoms from individuals and give that power to bureaucrats in Government…..There I wrote the article in one sentence

Good point. The technocrats want total over the human population too. With the government’s permission and blessings. They are welcome to leave me behind and leave me alone.

I forgot to type in total control….

The problem with this article is that it seems to think we are a democracy. We are not. We are a republic and that is a very big difference. So since you have no idea what form of government we are i would say your “expertise” is certainly lacking to say the least. The fact is the individual is most important in our form of government therefore your labeling yourselves “experts” is really not relevant. I would like to list every time in this last year your so called experts have been wrong. The list is long and impressive. It… Read more »

It’s obvious that technocrats are mentally ill. I don’t see why they can’t live and fulfil their dreams without imposing their will on everyone else. Most of us seek and pursue our hopes and dreams without dragging everyone else into the equation. I guess these folks believe they’ll get a greater reward from satan as they bring more people into the fold. They are servants of corruption. They have nothing to offer but damnation, spiritual death and everlasting destruction to their followers.