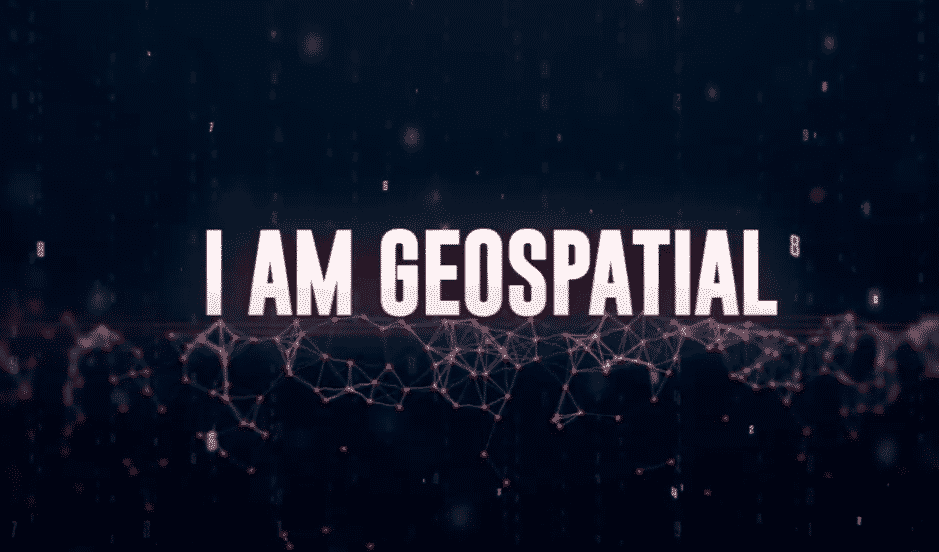 ‘I Am Geospatial’ And I Will Track You Forever…

A key element to total surveillance is geospatial tracking (GeoInt) and monitoring of everything that moves. GeoInt was originally developed by the military for the military, but now it will power Smart Cities around the globe.

The embedded videos are critical for you to watch and contemplate. Take them to all of your locally elected officials and show them WHY they should reject Smart City makeover. ⁃ TN Editor

As the world gets smarter and more connected, 5G and geospatial will together be powering cities of the future.

Half of the world’s population lives in cities, a proportion that is expected to increase to 68% by 2050. As our urban ecosystems grow ever larger, technology has the potential to dramatically improve the lives of those living in them. With the onset of digitalization and the Fourth Industrial Revolution radically changing how we live work and interact, the biggest impact will be felt on our cities.

As challenges like population pressure, deforestation, traffic congestion, deteriorating infrastructure, crime and resource crunch impact cities the world over, smart city innovations couldn’t have come at a better time. Smart cities may save the world as much as $22 trillion by 2050, according to the Global Commission on Economy & Climate.

Accurate geospatial information helps governments design better cities, improve public services and engage with citizens. Urbanization of the future will be driven by geospatial data and location would be a crucial component in digitalization of cities. And as cities get smarter, much of this location data has to be in real time. This is where geospatial and 5G converge. 5G and geospatial will together be powering cities of the future.

“5G will act as the connective tissue of tomorrow’s digital economy, linking everything from smartphones to wireless sensors to industrial robots and self-driving cars,” says Malcolm Johnson, Deputy Secretary General, International Telecommunication Union (ITU). Together they are the critical link for a smart, interconnected world, bringing the next level of connectivity to industries and society that helps in shaping digital cities.

Besides powering data at unbelievably fast rates, the coverage density of 5G is a hundred times greater than current standards. 5G can connect up to 1 million devices per sq km; its low latency and incredible speed and bandwidth will bring in the ubiquitous connectivity required by the smart city ecosystem.

5G is the short form for ‘fifth generation mobile network’ and is quite unlike any of the previous generations in a way that it is unlikely to be defined by any single technology. Often referred to as “the network of networks” because of the way it will bind together multiple existing and future standards, including the current LTE 4G networks, 5G will be way more fast and reliable with greater carrying capacity.

5G will accelerate the move towards digital as a transformative ecosystem that combines Big Data and Cloud, virtualization and augmentation, automation and intelligent machines, distributed computing and artificial intelligence, to derive insights from data that is generated by billions of connected devices.

Of course, 5G doesn’t exist alone and will be majorly driven by the ongoing sensor revolution and the move towards a connected world. According to Jeff Glueck, CEO, Foursquare, “For 5G we need a multi-sensor approach. It is important to add the human element on the physical element for innovation.”

As sensors get smaller, they are getting more and more ubiquitous. From smartphones to cameras, wearable devices to platforms like social media, crowd sensing technologies are increasing at an incredible pace. The number of connected devices worldwide is forecast to grow to almost 31 billion by 2020, according to Statista. The total installed base of Internet of Things (IoT) connected devices is projected to amount to 75.44 billion worldwide by 2025, a fivefold increase in 10 years.

5G’s higher frequencies — which is needed to carry huge amounts of data — have a very short range which can be impacted by smallest of the obstructions. The signal is so sensitive that it can be blocked by the palm of your hand, or even a raindrop. 5G will also require denser telecom network — more towers placed selectively and strategically. Therefore, accurate, authoritative geospatial data is fundamental here to plan network towers.

Further, because of the sensitivity of radio waves, it is necessary to have detailed maps — buildings with roof features, pipes, air conditioners, spires, sloping roofs, and even vegetation which also can affect signal propagation.

5G will also usher in new technology trends that will significantly impact the overall mobile network architecture, thus influencing the traditional positioning concepts as well. With location becoming fundamental to governance and all business process, the value of location-based services for industries such as advertising and marketing, transportation, retail, will only increase, since the 5G rollout and its subsequent expansion will enable more mobile interaction opportunities. 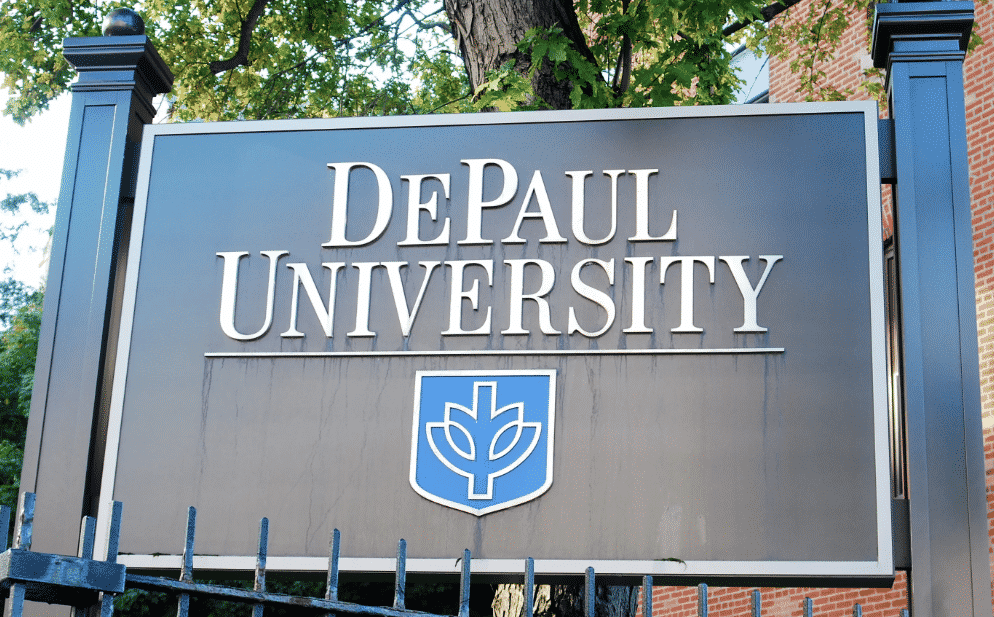 Colleges Track Hundreds Of Thousands Of Students Using Their Phones

Students are being conditioned by the hundreds of thousands to live in a dystopian, all-seeing Technocracy where social engineering and behavior modification are the norm. ⁃ TN Editor

“Graduates will be well prepared … to embrace 24/7 government tracking and social credit systems.”

An app created to track the attendance of ‘less academically inclined’ college athletes is under fire, after over 40 schools have begun using the technology to monitor students campus-wide, according to the Washington Post.

Developed by former college basketball coach Rick Carter (who is currently under a restraining order by DePaul University for allegedly threatening the athletic director and head basketball coach), the Chicago-based SpotterEDU app uses Bluetooth beacons to ping a student’s smartphone once they enter a lecture hall. About the size of a deck of cards, they are installed in covert locations on walls and ceilings.

School officials give SpotterEDU the students’ full schedules, and the system can email a professor or adviser automatically if a student skips class or walks in more than two minutes late. The app records a full timeline of the students’ presence so advisers can see whether they left early or stepped out for a break. –Washington Post

Syracuse University IT instructor Jeff Rubin uses the app to encourage his students to attend lectures – awarding “attendance points” to those who show up. Rubin is also notified when students skip classes. 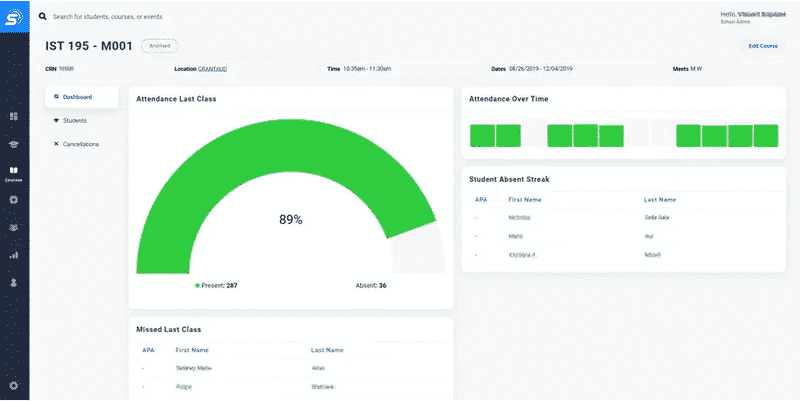 “They want those points,” said Rubin. “They know I’m watching and acting on it. So, behaviorally, they change.”

According to Rubin, his 340-student lecture has never been so full at around 90% attendance.

Understandably, not everyone is thrilled with the intrusive new technology, which many argue breaches students’ privacy rights on a massive scale.

“We’re adults. Do we really need to be tracked?” said sophomore Robby Pfeifer, a student at Commonwealth University in Richmond, which recently began using the campus’ WiFi network to track students. “Why is this necessary? How does this benefit us? … And is it just going to keep progressing until we’re micromanaged every second of the day?”

School and company officials, on the other hand, argue that monitoring students is a powerful motivator and will encourage students to adopt habits geared towards success.

“If they know more about where students are going, they argue, they can intervene before problems arise,” according to the Post.

That said, some schools have taken things further – assigning “risk scores” to students based on factors such as whether they are going to the library enough. 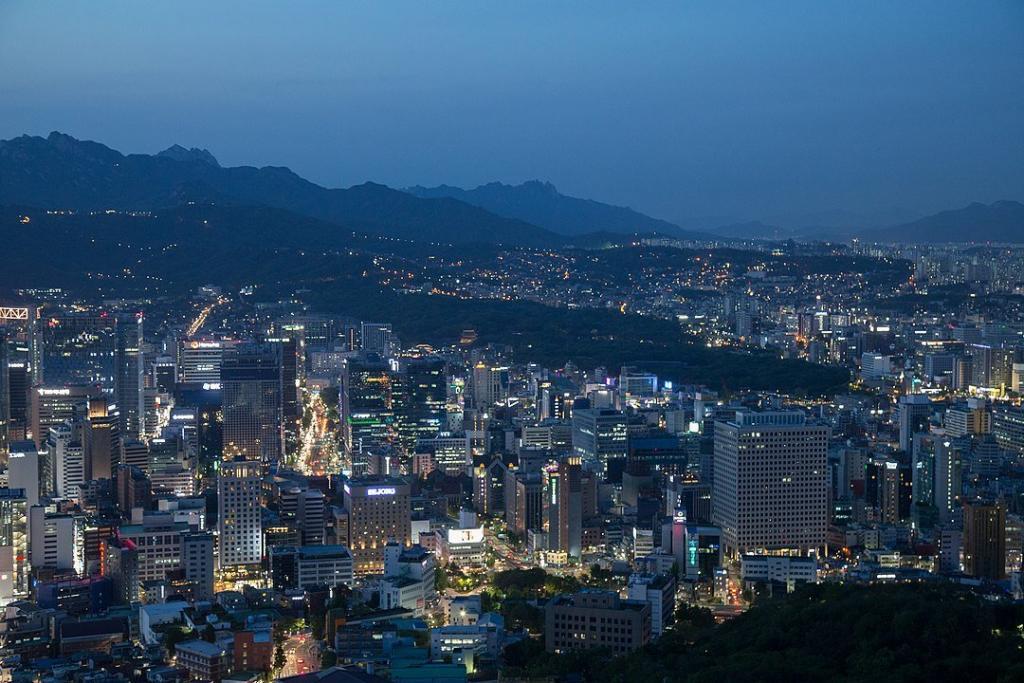 The social outcome of Technocracy in South Korea is pretty clear and young people are sounding off: “Escape Hell”. They are highly educated but increasingly limited in life options. ⁃ TN Editor

From afar, South Koreans might appear to be blessed among East Asians.

Citizens of a prosperous democracy that has birthed a hero-to-zero national success story, world-beating corporate brands, a futuristic infrastructure and the glitzy K-pop universe that is beloved across the region, they boast enviable looks, lifestyles and quality of life.

Up close, things look different. According to a recent survey of 5,000 persons, 75% of 19-34 year old natives of the world’s 11th richest nation want out.

The shock finding, reported in the popular Hankyoreh newspaper on December 29, was revealed at Korea Women’s Development Institute’s 119th Gender Equality Policy Forum, in a presentation titled “Diagnosis of Gender Conflicts from a Youth Standpoint and Suggested Policy Responses for an Inclusive State: A Gender Analysis of Fairness Perceptions.”

But does it demand that Seoul’s elite sit down and seriously ponder the Korean Dream? Or does it merely reflect superficial talk among youth who live decent lives and have no real intention of leaving?

A catchphrase has become current among young Koreans in recent years to describe their country: “Hell Joseon” – “Joseon” being the name of a long-dead Korean kingdom. That phrase is being superseded by a new term, “Tal-Jo” – a pormanteau comprising “leave” and “Joseon,” which, vernacularly, might be best be translated as “Escape Hell.”

“As a joke, we call Korea ‘Hell Joseon,’ but there is another term called ‘Tal-Jo’ which we use a lot more than ‘Hell Joseon’ nowadays,” Park Ji-na, a 20-something Seoul undergraduate, told Asia Times. “Me and my friends just use this in conversation as joke, but if I had a good opportunity to go abroad and work, I would.”

Some say it is far from unique to Korea. “I think there is a middle class crisis in all wealthy countries,” Pae Hee-kyung, who runs an educational institute near Seoul, told Asia Times.

Across the developed, post-industrial world, middle classes are under perceived siege from falling living standards, evaporating opportunities and rising wealth inequality. These trends have arisen against the backdrop of a globalizing world that distributes capital and jobs away from customary centers of investment, manufacturing and related prosperities.

Some pundits posit that these issues explain Brexit in the UK, the election of Donald Trump in the US and the protests of young Hong Kongers.

For Korea, the transition from poverty to prosperity and the rise of the bourgeoisie has been shockingly fast: The country morphed from little-known agricultural backwater to global industrial powerhouse in just three decades. While Koreans from the mid-1960s to the mid-1990s could anticipate decent jobs and rising standards of living as growth rates surged, this is no longer the case.

“Here, if you look at your father’s generation, they had less in material terms but they had hopes that, every year, they would be paid more, that they could buy an apartment, and that the price would go up and they would feel a sense of achievement and wealth,” Daniel Tudor, author of Korea: The Impossible Country, told Asia Times. 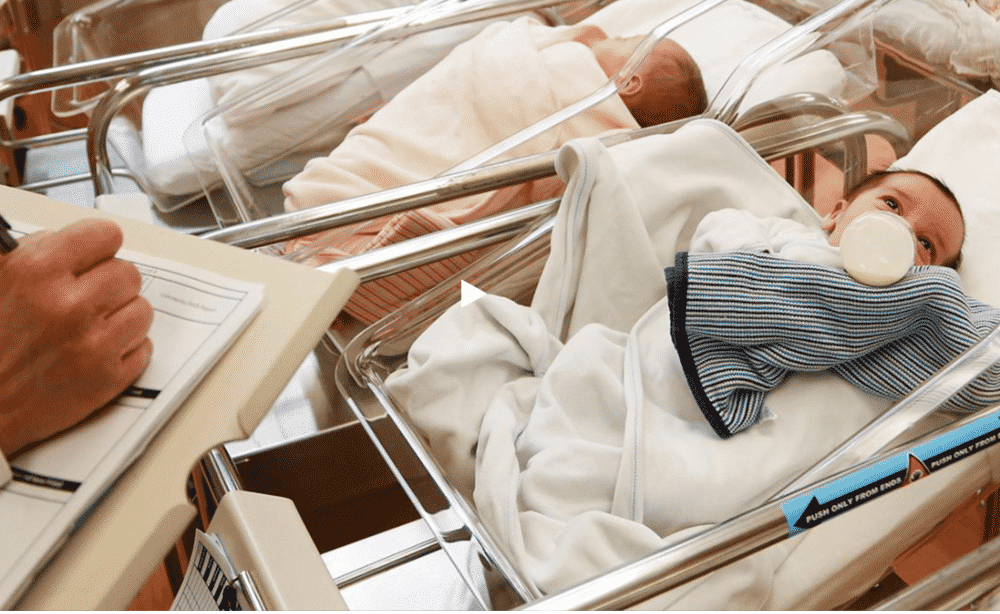 Any national agenda to increase American births would have to include nullifying the abortion lobby and the practice of abortion. In the meantime, the U.S. is below replacement rate, guaranteeing economic decline and ultimately, deflation.

The anti-human agenda of Sustainable Development, aka Technocracy, has population reduction as one of its main objectives. UN “experts” believe that the earth can only support around 1 billion humans. ⁃ TN Editor

Forty-two states in the nation, and Washington, DC, continue to see their birth rates decline with no plans among lawmakers to financially incentivize Americans to have more children.

“With fewer births in recent years and the number of deaths increasing, natural increase (or births minus deaths) has declined steadily over the past decade,” the Census Bureau notes in its findings.

Despite a declining birth rate below replacement level, Republican and Democrat lawmakers have yet to lay out a national agenda to increase American births, fertility, and family rates.