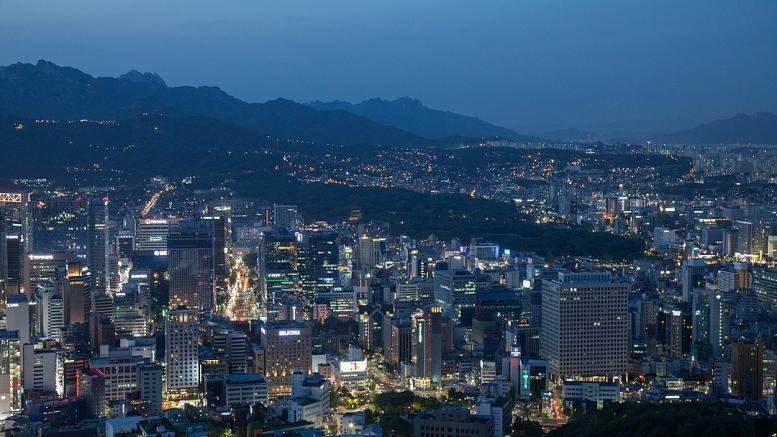 Please Share This Story!
PDF 📄
The social outcome of Technocracy in South Korea is pretty clear and young people are sounding off: “Escape Hell”. They are highly educated but increasingly limited in life options. ⁃ TN Editor

From afar, South Koreans might appear to be blessed among East Asians.

Citizens of a prosperous democracy that has birthed a hero-to-zero national success story, world-beating corporate brands, a futuristic infrastructure and the glitzy K-pop universe that is beloved across the region, they boast enviable looks, lifestyles and quality of life.

Up close, things look different. According to a recent survey of 5,000 persons, 75% of 19-34 year old natives of the world’s 11th richest nation want out.

The shock finding, reported in the popular Hankyoreh newspaper on December 29, was revealed at Korea Women’s Development Institute’s 119th Gender Equality Policy Forum, in a presentation titled “Diagnosis of Gender Conflicts from a Youth Standpoint and Suggested Policy Responses for an Inclusive State: A Gender Analysis of Fairness Perceptions.”

But does it demand that Seoul’s elite sit down and seriously ponder the Korean Dream? Or does it merely reflect superficial talk among youth who live decent lives and have no real intention of leaving?

A catchphrase has become current among young Koreans in recent years to describe their country: “Hell Joseon” – “Joseon” being the name of a long-dead Korean kingdom. That phrase is being superseded by a new term, “Tal-Jo” – a pormanteau comprising “leave” and “Joseon,” which, vernacularly, might be best be translated as “Escape Hell.”

“As a joke, we call Korea ‘Hell Joseon,’ but there is another term called ‘Tal-Jo’ which we use a lot more than ‘Hell Joseon’ nowadays,” Park Ji-na, a 20-something Seoul undergraduate, told Asia Times. “Me and my friends just use this in conversation as joke, but if I had a good opportunity to go abroad and work, I would.”

Some say it is far from unique to Korea. “I think there is a middle class crisis in all wealthy countries,” Pae Hee-kyung, who runs an educational institute near Seoul, told Asia Times.

Across the developed, post-industrial world, middle classes are under perceived siege from falling living standards, evaporating opportunities and rising wealth inequality. These trends have arisen against the backdrop of a globalizing world that distributes capital and jobs away from customary centers of investment, manufacturing and related prosperities.

Some pundits posit that these issues explain Brexit in the UK, the election of Donald Trump in the US and the protests of young Hong Kongers.

For Korea, the transition from poverty to prosperity and the rise of the bourgeoisie has been shockingly fast: The country morphed from little-known agricultural backwater to global industrial powerhouse in just three decades. While Koreans from the mid-1960s to the mid-1990s could anticipate decent jobs and rising standards of living as growth rates surged, this is no longer the case.

“Here, if you look at your father’s generation, they had less in material terms but they had hopes that, every year, they would be paid more, that they could buy an apartment, and that the price would go up and they would feel a sense of achievement and wealth,” Daniel Tudor, author of Korea: The Impossible Country, told Asia Times.

According to wiki 56.9 percent do not believe in God, but in 2012, 52 percent did. Also the claim of Christianity is at 19.7, and the largest is Protestant mostly Presbyterian (Calvinist) which is the largest. The largest mega church is Yoido Full Gospel Church founded by Yongicho with the boast of approx.., 1 million. Headed by a false apostle who was convicted of embezzling 12 million and tax evasion. Yet the church still is popular especially among the youth. So now we have 52 percent who do not believe in God, and a large apostate church and the rest… Read more »

I have researched the case against David Yongi Cho. I have concluded that he is the victim of poor decisions by the people under him. He discovered the mishandling of finances when he was accused. And though his church is prosperous, it is also very charitable. He decided to not even defend himself in the case against him ….. hmm, much like when Jesus was accused. He simply took the persecution. You, on the other hand, should consider more carefully all the circumstances before making your own final judgment. It seems You have already condemned him no matter what the… Read more »

ICLincoln, you accused me of something that is not true. Are you saying the police, investigators, lawyers, judges all lied about the guilt of Yonggi Cho? I listened to him ‘preach’ and I never saw him open the Bible and read it word for word and say ‘open the book of so and so’ and let’s read it. No body seemed to have Bibles with them either. What are these people under him learning? Doctrines of men. He is a false teacher.