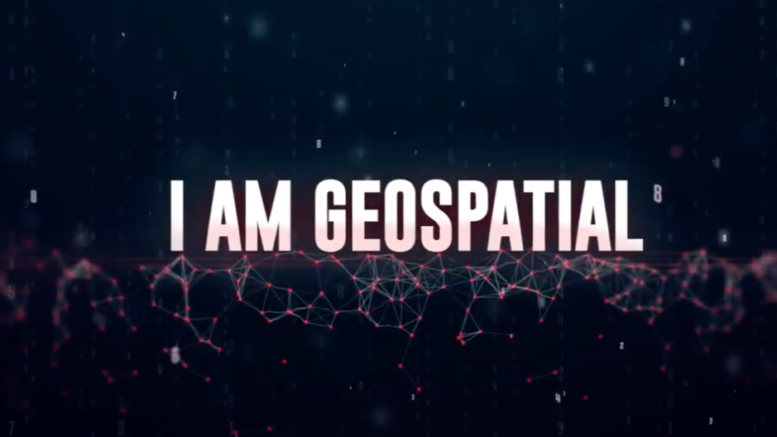 Please Share This Story!
PDF 📄
A key element to total surveillance is geospatial tracking (GeoInt) and monitoring of everything that moves. GeoInt was originally developed by the military for the military, but now it will power Smart Cities around the globe.

The embedded videos are critical for you to watch and contemplate. Take them to all of your locally elected officials and show them WHY they should reject Smart City makeover. ⁃ TN Editor

As the world gets smarter and more connected, 5G and geospatial will together be powering cities of the future.

Half of the world’s population lives in cities, a proportion that is expected to increase to 68% by 2050. As our urban ecosystems grow ever larger, technology has the potential to dramatically improve the lives of those living in them. With the onset of digitalization and the Fourth Industrial Revolution radically changing how we live work and interact, the biggest impact will be felt on our cities.

As challenges like population pressure, deforestation, traffic congestion, deteriorating infrastructure, crime and resource crunch impact cities the world over, smart city innovations couldn’t have come at a better time. Smart cities may save the world as much as $22 trillion by 2050, according to the Global Commission on Economy & Climate.

Accurate geospatial information helps governments design better cities, improve public services and engage with citizens. Urbanization of the future will be driven by geospatial data and location would be a crucial component in digitalization of cities. And as cities get smarter, much of this location data has to be in real time. This is where geospatial and 5G converge. 5G and geospatial will together be powering cities of the future.

“5G will act as the connective tissue of tomorrow’s digital economy, linking everything from smartphones to wireless sensors to industrial robots and self-driving cars,” says Malcolm Johnson, Deputy Secretary General, International Telecommunication Union (ITU). Together they are the critical link for a smart, interconnected world, bringing the next level of connectivity to industries and society that helps in shaping digital cities.

Besides powering data at unbelievably fast rates, the coverage density of 5G is a hundred times greater than current standards. 5G can connect up to 1 million devices per sq km; its low latency and incredible speed and bandwidth will bring in the ubiquitous connectivity required by the smart city ecosystem.

5G is the short form for ‘fifth generation mobile network’ and is quite unlike any of the previous generations in a way that it is unlikely to be defined by any single technology. Often referred to as “the network of networks” because of the way it will bind together multiple existing and future standards, including the current LTE 4G networks, 5G will be way more fast and reliable with greater carrying capacity.

5G will accelerate the move towards digital as a transformative ecosystem that combines Big Data and Cloud, virtualization and augmentation, automation and intelligent machines, distributed computing and artificial intelligence, to derive insights from data that is generated by billions of connected devices.

Of course, 5G doesn’t exist alone and will be majorly driven by the ongoing sensor revolution and the move towards a connected world. According to Jeff Glueck, CEO, Foursquare, “For 5G we need a multi-sensor approach. It is important to add the human element on the physical element for innovation.”

As sensors get smaller, they are getting more and more ubiquitous. From smartphones to cameras, wearable devices to platforms like social media, crowd sensing technologies are increasing at an incredible pace. The number of connected devices worldwide is forecast to grow to almost 31 billion by 2020, according to Statista. The total installed base of Internet of Things (IoT) connected devices is projected to amount to 75.44 billion worldwide by 2025, a fivefold increase in 10 years.

5G’s higher frequencies — which is needed to carry huge amounts of data — have a very short range which can be impacted by smallest of the obstructions. The signal is so sensitive that it can be blocked by the palm of your hand, or even a raindrop. 5G will also require denser telecom network — more towers placed selectively and strategically. Therefore, accurate, authoritative geospatial data is fundamental here to plan network towers.

Further, because of the sensitivity of radio waves, it is necessary to have detailed maps — buildings with roof features, pipes, air conditioners, spires, sloping roofs, and even vegetation which also can affect signal propagation.

5G will also usher in new technology trends that will significantly impact the overall mobile network architecture, thus influencing the traditional positioning concepts as well. With location becoming fundamental to governance and all business process, the value of location-based services for industries such as advertising and marketing, transportation, retail, will only increase, since the 5G rollout and its subsequent expansion will enable more mobile interaction opportunities.