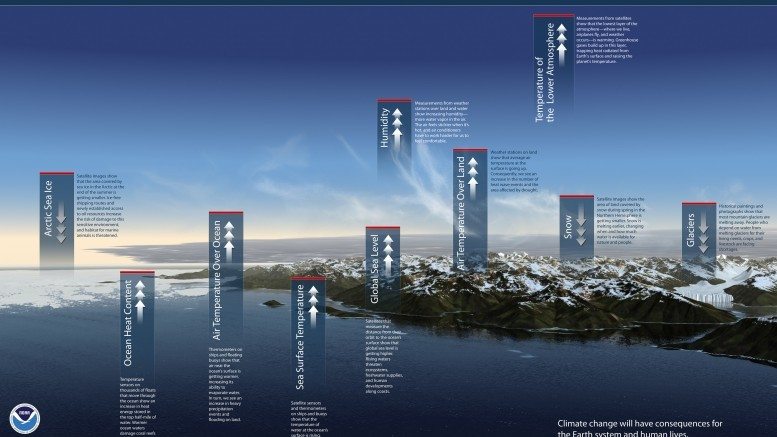 TN Note: The so-called science supporting global warming is a massive fraud and far from “settled” as the Al Gores of the world claim. But, it you tell the lie often enough, many people will believe it. What makes these critics different is that they are not getting paid to say what they are saying.

Hundreds of scientists sent a letter to lawmakers Thursday warning National Oceanic and Atmospheric Administration (NOAA) scientists may have violated federal laws when they published a 2015 study purporting to eliminate the 15-year “hiatus” in global warming from the temperature record.

“We, the undersigned, scientists, engineers, economists and others, who have looked carefully into the effects of carbon dioxide released by human activities, wish to record our support for the efforts of the Committee on Science, Space and Technology to ensure that federal agencies complied with federal guidelines that implemented the Data Quality Act,” some 300 scientists, engineers and other experts wrote to Chairman of the House Science Committee, Texas Republican Rep. Lamar Smith.

“In our opinion… NOAA has failed to observe the OMB [Office of Management and Budget] (and its own) guidelines, established in relation to the Data Quality Act.”

The Data Quality Act requires federal agencies like NOAA to “ensure and maximize the quality, objectivity, utility, and integrity of information, including statistical information.”

Of the 300 letter signers, 150 had doctorates in a related field. Signers also included: 25 climate or atmospheric scientists, 23 geologists, 18 meteorologists, 51 engineers, 74 physicists, 20 chemists and 12 economists. Additionally, one signer was a Nobel Prize winning physicist and two were astronauts.