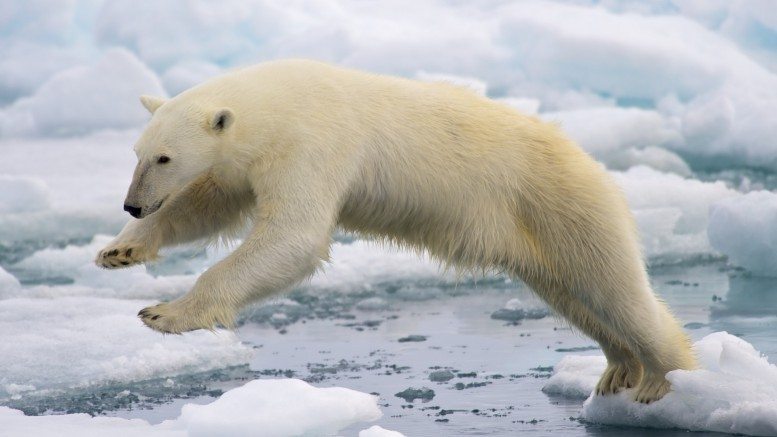 Please Share This Story!
PDF 📄
Former President Barak Obama institutionalized the blatantly false claim that “97% of scientists agree on manmade global warming”, but it has been endlessly repeated ever since. This was a common propaganda trick called “Bandwagon”: eg, all the experts believe it so you should too. In truth, only 1.6% of scientists sided with man-made global warming. ⁃ TN Editor

Dutch Member of Parliament Thierry Baudet has decided to take the conservative battle for reason and common sense international. The reason he has done so is, of course, that the internationalist globalists are also fighting a worldwide war. If you want to beat them, you’ve got to do the same. You can’t fight a provincial war while they’re fighting everywhere, in every single country.

Forum for Democracy International — the international arm of his domestic party Forum voor Democratie — is using video-sharing platforms to spread the conservative message from the Netherlands. The show is called The Movement and it’s presented by Baudet himself.

In the first episode, Baudet talked about what he calls “Oikophobia,” which means “for oneself,” or for that which is of oneself. It refers to the strange fact that so many, especially in Europe, fear everything their own country stands for. Their own history, their culture, their religion. Everything that’s imported is great, but everything that’s “one’s own” is suspect. Automatically.

In the second episode, Baudet talks about climate change, and it’s what I’d like to draw some attention to. Because in a short seven minutes, Baudet truly destroys the talking point repeated time and again by leftist goons: that 97% of scientists supposedly agree that a) the climate is heating up and b) that this is (largely) due to mankind.

“How often do we hear,” Baudet says, “that 97% of scientists agree that humans are the cause of climate change; that this climate change is severe, posing a major threat to the planet; and that we need a drastic reduction in our carbon dioxide emissions.”

“All of this, and I do mean all of it, is false. It’s a blatant lie that 97% of scientists agree with it. In reality, only 1.6% agree with [those] statements,” he goes on, after which he explains that there are major disagreements on this among climatologists, geologists, chemists, physicians, and so on.

“This myth” about the 97% was famously propagated by former U.S. President Barack Obama. “On May 16, 2013, he posted, and I quote,” Baudet explains, “’97 percent of scientists agree, climate change is real, manmade and dangerous.’ With this tweet, Obama referred to a paper published the same year by a man named John Cook.”

And that’s where it goes wrong. Because Cook is a “controversial” climate activist who even runs a ridiculous alarmist website called scepticalscience.com. “In this paper, he aims to demonstrate an overwhelming scientific consensus with the obvious intention of strengthening the environmentalist cause. To do so he analyzed 12,000 articles published in learned journals containing the words ‘global warming’ or ‘climate change.’ He then subdivided these articles into seven different categories.”

This should be front page news in every paper in the land. Sadly, about two people will see this here. But… Obama mansion Martha’s Vineyard *** is 10 feet above sea level, Edgartown, Martha’s Vineyard. The Actual address at 79 Turkeyland Cove Rd is even lower, 3 feet above sea level https://www.whatismyelevation.com/location/41.36189,-70.54573/79-Turkeyland-Cove-Rd–Edgartown–MA-02539-

You can verify here as just one source.
https://www.forbes.com/sites/kathleenhowley/2019/09/01/obamas-buying-marthas-vineyard-estate-from-boston-celtics-owner/#5abccadd5300

So, the seas are rising? Apprently not.

I learned of this twenty years ago The next major global climate event will be an ice age — a glacial — from the inter-glacial of the past 12 thousand years. https://muller.lbl.gov/pages/IceAgeBook/history_of_climate.html

Interesting you are quoting one of a new club of neo fascists in the Netherlands called the Forum for Democracy. Anti Government, Climatechange deniers, White supremacy anti immigrant, Antivax Covid crisis deniers, Adolf Hitler fans. Did you know that already or did you forget to research him?

Interesting that you are a troll attempting to nullify his views on climate change, which exactly hit the mark.