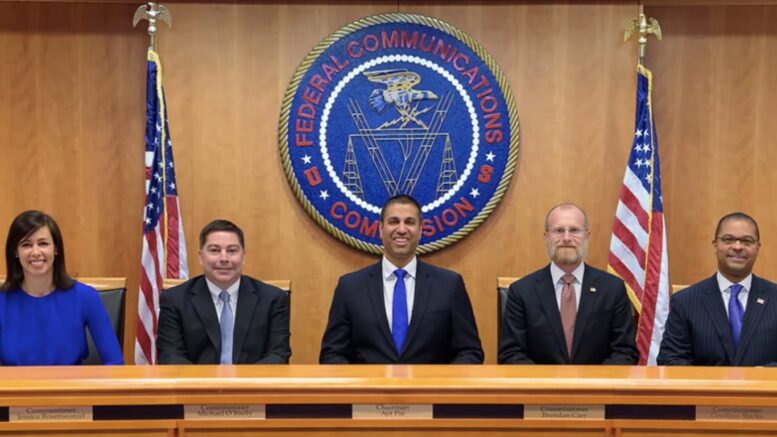 The Trump Administration is racing to implement 5G and the Internet of Things, both of which are major requirements for the implementation of Technocracy. The loss of local sovereignty is a major breakdown of the U.S. Constitution, which guarantees the states a republic form of government.  ⁃ TN Editor

A battle between dozens of city governments and some of the world’s largest wireless carriers over the future of 5G infrastructure appears to have ended with a decisive victory for the telecom companies.

This week, a federal appeals court in San Francisco upheld a 2018 decision made by the Federal Communications Commission that prohibited local governments from imposing excessive regulations on wireless carriers seeking to deploy 5G. The decision capped local fees for the installation of “small cell” towers, hoping to spur the rollout of the next-generation wireless networks.

Dozens of cities and municipalities sued the FCC over the ruling in 2018 — most prominently Portland, Ore., though cities as far flung as San Francisco, Las Vegas, Chicago, and Kirkland, Texas, added their names to the complaint against the federal agency.

Though 5G promises accelerated Internet speeds and other innovations, many communities have bristled at the rollout of 5G because of the quantity of “small cell” signal transmitters that would need to be attached to public telephone poles throughout each community.

Unlike traditional networks, 5G relies on short-range wireless transmission systems, requiring the installation of myriad “small cell” towers. Indeed, the FCC has projected that for 5G to truly blossom it will require the installation of some 800,000 small cells throughout the U.S. in the coming years.

Many communities have objected to the rollout of these towers and, in some cases imposed large fees against the wireless carriers.