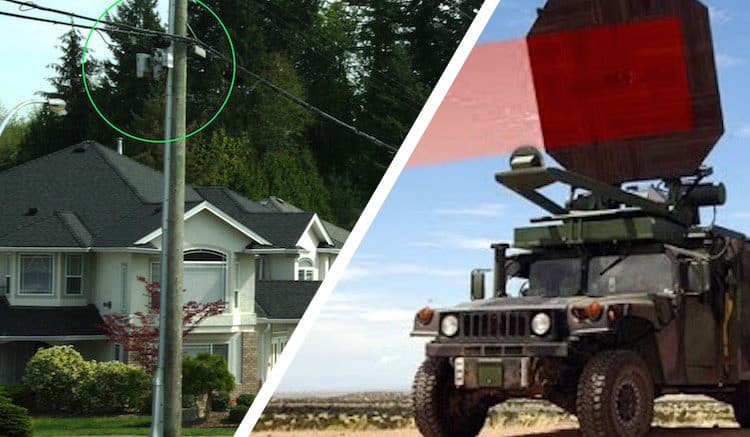 Please Share This Story!
PDF 📄
The Technocrat leaders of the 5G revolution go way beyond just cell-phone carriers and include any all proponents of Smart Cities, Internet of Things, autonomous vehicles, ubiquitous surveillance and law enforcement. In the rush to ‘light up IoT”, safety testing has been scrapped and/or ignored.  ⁃ TN Editor

The global rollout of 5G is well underway, and we soon may see new small cell towers near all schools, on every residential street, dispersed throughout the natural environment, and pretty much everywhere. But the safety of this technology is in serious question, and there is a raging battle to stop the taxpayer funded implementation of 5G.

“Today’s cellular and Wi-Fi networks rely on microwaves – a type of electromagnetic radiation utilizing frequencies up to 6 gigahertz (GHz) in order to wirelessly transmit voice or data. However, 5G applications will require unlocking of new spectrum bands in higher frequency ranges above 6 GHz to 100 GHz and beyond, utilizing submillimeter and millimeter waves – to allow ultra-high rates of data to be transmitted in the same amount of time as compared with previous deployments of microwave radiation.” [Source]

“One of the ways 5G will enable this is by tapping into new, unused bands at the top of the radio spectrum. These high bands are known as millimeter waves (mmwaves), and have been recently been opened up by regulators for licensing. They’ve largely been untouched by the public, since the equipment required to use them effectively has typically been expensive and inaccessible.” [Source]

Among the many potential problems with exposure to 5G radio waves are issues with the skin, which is interesting when you consider that this technology is already being used in the military for crowd control purposes.

“This kind of technology, which is in many of our homes, actually interacts with human skin and eyes. The shocking finding was made public via Israeli research studies that were presented at an international conference on the subject last year. Below you can find a lecture from Dr. Ben-Ishai of the Department of Physics at Hebrew University. He goes through how human sweat ducts act like a number of helical antennas when exposed to these wavelengths that are put out by the devices that employ 5G technology.” [Source]

The U.S. military developed a non-lethal crowd control weapon system called the Active Denial System (ADS). It uses radio frequency millimeter waves in the 95GHz range to penetrate the top 1/64 of an inch layer of skin on the targeted individual, instantly producing an intolerable heating sensation that causes them to flee.

This technology is becoming ubiquitous in top world militaries, demonstrating how genuinely effective this radio frequency energy can be at causing harm to humans and anything else.

“U.S., Russian, and Chinese defense agencieshave been active in developing weapons that rely on the capability of this electromagnetic technology to create burning sensations on the skin, for crowd control. The waves are Millimetre waves, also used by the U.S. Army in crowd dispersal guns called Active Denial Systems.” [Source]

This article (5G Network Uses Same EMF Waves as Pentagon Crowd Control System) was originally created and published by Waking Times and is published here under a Creative Commons license with attribution to Terence Newton and WakingTimes.com.

This is an EXTREMELY misleading article, first the frequencies used in the pictured weapon are 300Ghz NOT 60Ghz used in 5G, 2nd, the Power level used in the weapon are ONE MILLION TIMES that used in the cell phone, 3rd, the weapon is a non-lethal weapon that
heats the skim forcing people to disperse.