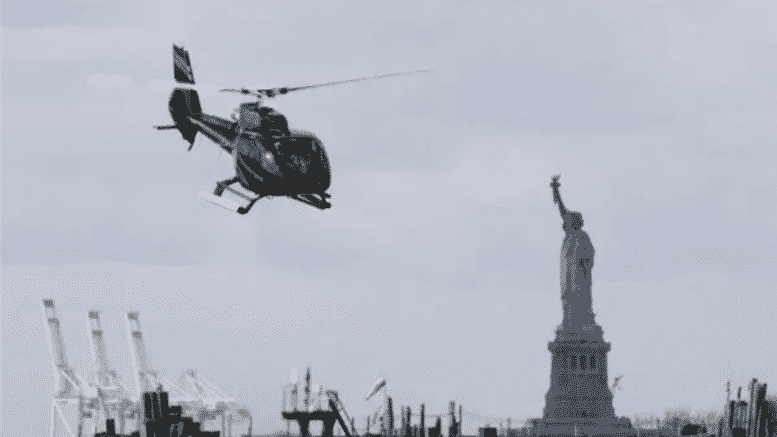 Please Share This Story!
PDF 📄
The 5G rollout is upending aviation safety as “transmission from these towers have been demonstrated to interfere with radar altimeters, widely used in helicopters and other aircraft to measure altitude.” 5G is a necessary technology to enable the Internet of Things (IoT), which overrides human health and safety. ⁃ TN Editor

The upcoming AT&T and Verizon 5G rollout create significant headaches for the US aviation community. The latest comes from the Helicopter Association International (HAI) revealed Thursday that US helicopter fleets nationwide might be grounded next week when 5G towers are switched on.

On Dec. 19, AT&T and Verizon plan to turn on their 5G towers as concerns over air safety have delayed the debut of the super-fast cellular network, originally scheduled to launch in early December.

HAI’s statement read, “transmission from these towers have been demonstrated to interfere with radar altimeters, widely used in helicopters and other aircraft to measure altitude.”

Over 1,450 Notices to Air Missions (NOTAMs) were issued by the Federal Aviation Administration (FAA) across the country next week around 5G towers that AT&T and Verizon will activate. This means that areas around the towers will be considered “hazards” and unsafe for helicopters to operate and may affect “a significant portion of commercial, law enforcement, and other helicopter operations,” HAI said.

The FAA is mitigating these disruptions by placing 5G buffer zones around major airports so that radar altimeter disruptions do not impact commercial flights.

Meanwhile, Comcast announced the world’s first 10G technology for its network that could dramatically increase upload and download capacity in the coming years.

Aircraft manufacturers better figure out how to make radar altimeters that don’t interfere with 5G, or some severe aviation disasters could be ahead.

Hungry? DARPA funding creation of “3D printed food from ‘mixed waste’” (and much more from SAMIZDAT) – NEWS FROM UNDERGROUND

Hungry? DARPA funding creation of “3D printed food from ‘mixed waste'” (and much more from SAMIZDAT) - United Push Back