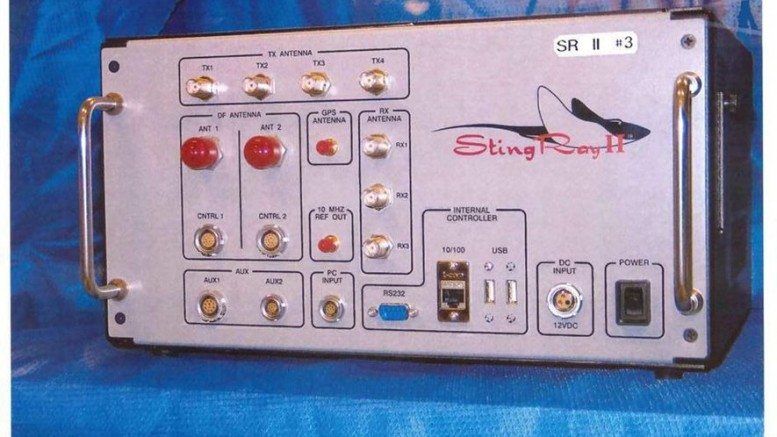 The FBI routinely swears police agencies to secrecy regarding their fake cell phone tower technology that is used to spy on American citizens. Why? Because they know there would be a massive public outcry against such snooping if it were fully exposed. A certain sign of Technocrats-at-work is a stubborn resistance to tell anyone what they are working on. ⁃ TN Editor

President Donald Trump is learning to reframe how he speaks about surveillance. On March 4, he claimed that former President Barack Obama had ordered Trump’s “wires tapped,” then later claimed “wiretap covers a lot of things,” prompting some members of Congress to try to capitalize on the moment to scrutinize what kind of spying, exactly, is legal when it comes to American citizens.

But even in this environment, there’s little hope of reforming a much clearer but unheralded form of spying: police use of stingray devices to track Americans’ phones. As Trump surveys the surveillance system at his disposal, he should know that there are at least 471 of the location-spying devices in the U.S. today, according to an exclusive Vocativ survey of known police and other official documents.

The term “stingray” is like “Kleenex” — in that it’s a brand name that became so prominent, it’s used to describe any similar product. The federal government tends to call these devices “cell-site simulators,” and they’re also known as IMSI catchers. Whatever you call them, they share a handful of things in common: They’re illegal for civilians to use; they’re expensive, ranging from some $40,000 to more than half a million dollars if you include accessories; their legality is still being figured out in our court system; and they vacuum up cell phone locations. Strikingly, only a handful of states, including California, Utah, Virginia, and Washington, actually require a warrant for their use, and to date there is no federal law that regulates them.

Depending on the make and model, stingrays may be used just to track cell phone locations, or they may also intercept live phone calls, read outgoing text messages, or scramble nearby cell phone signals. Stingrays vary in size, are often referred to as roughly the size of a suitcase, and are often carted along in either the trunks of police cars or, as is the case with the U.S. Marshals service, flown in planes to search for individual phones. And they’re everywhere.

Almost by definition, it’s impossible paint a comprehensive look at stingrays in the U.S. That’s largely due to the fact that, as the FBI has testified in an affidavit, the devices came with nondisclosure agreements and police departments and agencies often promise the FBI to never admit they have such devices. According to a 2014 memo uncovered by the investigative journalism nonprofit Oklahoma Watch, the FBI has instructed local police to use stingrays for “LEAD PURPOSES ONLY,” and states that they “may not be used as primary evidence in any affidavits, hearings or trials.”

“The big concern with stingrays is we still don’t know exactly how they’re used and where they’re used,” Jennifer Lynch, an attorney at the Electronic Frontier Foundation who specializes in privacy and civil liberties, told Vocativ.

That secrecy means it’s impossible for the public to know, at the moment, exactly how many stingrays are out there. But thanks to law enforcement purchase orders unveiled by Freedom of Information Act requests from the ACLU, FOIA journalism nonprofit MuckRock, and the Center for Human Rights and Privacy, as well as news reports from investigative reports at local news outlets around the country, Vocativ compiled all known stingray purchase orders across the country. The result is that state, county, and local police departments have acquired, between 2001 and 2015, a minimum of 124 stingrays (Additional stingrays are owned by federal agencies, more on that later). We’ve made the raw data available here.