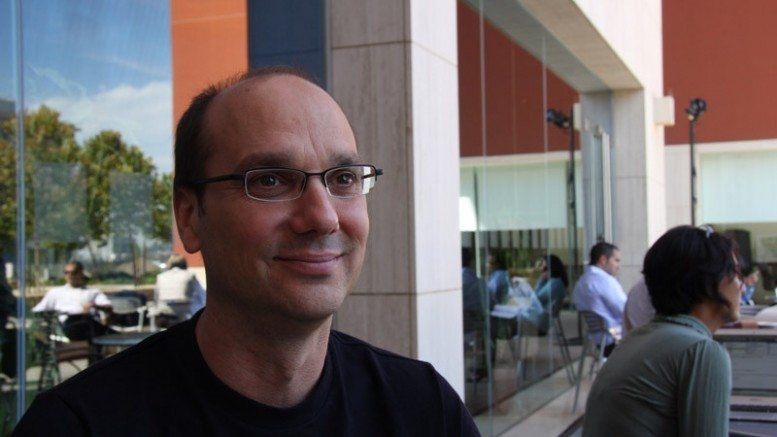 TN Note: Rubin is the inventor of the Google Android operating system for smart phones, and is now knee-deep in AI research and development. He is talking like a Technocrat when he predicts all connected devices can one day be operated by a single computer running AI software.

Just one quantum computer running artificial intelligence algorithms would be capable of connecting pretty much all the devices on the planet, Android creator Andy Rubin told an audience at the Bloomberg Technology Conference on Tuesday.

Rubin, who also launched Google’s efforts in robotics, is now CEO of Playground, which together with Redpoint Ventures has invested in an unnamed startup working on quantum computing.

Working in concert, AI and quantum computing could yield a conscious intelligence that would underpin every piece of technology, Rubin suggested.

New computing platforms emerge every 10-12 years, and the next platform will be based on data and people training AI systems to learn, Rubin said.

“Yes, we’re moving towards intelligent solutions, some of which will be locally controlled and others network controlled, on the edge of the network or in the cloud,” said Jim McGregor, principal analyst at Tirias Research.

“But that intelligence just applies to the function of the device,” McGregor told the E-Commerce Times. “It’s not like your toaster is going to be able to perform quantum mechanics.”

Rubin’s vision extrapolates the way the Internet of Things could evolve.

Internet-connected household appliances already are available on the market, as are Web-connected hubs such as Amazon’s Echo and Google’s Home.

Google, Microsoft, Facebook and Amazon are battling for dominance in the smart home market, which will hit nearly US$122 billion by 2022, according to Markets and Markets.

Those companies, along with major automakers around the globe, also are fighting for position in the connected car market, which is projected to hit more than 70 million units by 2020, according to Global Industry Analysts.

Google, Microsoft and Facebook are working on AI technology and machine learning. More than 80 of the world’s 100 largest enterprise software companies, by revenue, will have integrated cognitive technologies into their products by the end of this year, Deloitte Global predicted. Those technologies include machine learning, natural language processing and speech recognition.

Meanwhile, IBM is racing ahead to make Watson’s AI capabilities widely available. It recently opened access to its quantum processor, the IBM Quantum Experience, which runs on the IBM Cloud, to the research and scientific communities.

Technology only works while supernatural is off.if supernatural like CERN collider,Switzerland open up portals.the Supernatural goes up and inverse technology breaks down.Another example,temporal displacement equipment,time travel,change History and Paradoxes pop up.past,present and future.a ripple that could time,like a giant tsunami run over society.